Home Entrepreneurs Is The News Trying To Scare Or Shame Small Business Owners? 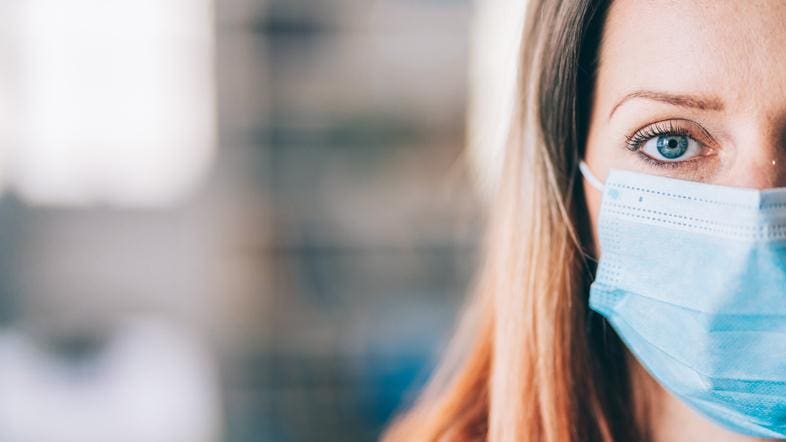 Everyone knows that the economy is a psychological creature. The degree of hope and confidence participants maintain can pull us back from the edge or throw us over.

A few months ago, I wrote an article on the importance of resolve among business owners. The importance of staying focused on the future, being nimble, using the help available (specifically in terms of funding). It is essential to move forward with faith and pragmatism.

In some social media circles, particularly my network on LinkedIn, there have been many stories about the hard work and grit business owners and their teams are showing in uncertain times.

It will get worse before it gets better

Fast forward two months and the Debbie Downers have come out in full force.

If you read the mainstream news right now, you can be assured that the worst is ahead of us. I’m not talking about the hard work of rebuilding. We always know that follows, and we usually take pride in availing ourselves of it.

The news wants you to know that the other shoe about to fall, and there are apparently hundreds of shoes right behind it.

No, never mind all that. We have a crisis to stoke division around. It is, after all, an election year.

After all the fascination around PPP—the importance of it to many businesses, the mechanics of it, the how-to videos, and webinars—the clicks which represent revenue have slowed down. Over 101 million references come up to PPP Program on Google. It’s time for a new story of the PPP now.

Who thought the PPP was a good idea?

For those who have worked in corporate America, you have likely served on a steering committee or working group. There you identified significant challenges, and the group worked on them with an eye to both immediate wins and longer-term solutions.

The PPP is a similar product of a cross-functional public/private working group moving extremely quickly to address a mammoth challenge. When responding at warp speed, mistakes are usually made, but most agree that doing something and trying to help some people is better than doing nothing at all.

Now that the novelty and the mechanics of the PPP are old news, several new narratives are emerging:

In typical form, the news narrative is dark, demotivating, and divisive.

There are undoubtedly threads of truth in these stories and ideas. However, this is an election year. That means editorial boards and opinion writers tuck themselves in between journalists covering the news to create “the larger truer truths” they want you to believe.

One of the reasons people have begun doing their own research and finding their own news is that the “packaged truth” is so obviously disingenuous.

Some news people have gone from telling us we wouldn’t survive a Spanish Flu-like 1918 mass casualty scenario to pointing fingers at recipients of the PPP.

If you receive the daily headline emails from a local or regional newspaper—and you’re a small business owner—you may be afraid or even ashamed right now. My favorite stories (I’m being facetious) are the ones that talk about the early evidence of fraud, the cropping up of a cottage industry of auditors to hobble us, and the faith that has potentially been misplaced in small business owners.

I always hated the “Small Business” term because the word “small” has many connotations. I am of diminutive size and have always had a chip on my shoulder about being called small. I wish the editors of our great publishing companies across America would stop trying to make us feel even smaller as we work to keep and grow jobs.

We get it. You don’t think we’re going to be honest about our use of our PPP funds. You think we’re too dumb to know how to do our PPP worksheets. Do you think we’re stupid enough to keep subscribing to your newspapers to tell us that?

You guys need to keep up. Figuring out the PPP worksheet was so last week. We’ve moved on to where to buy social distancing stickers, masks, hand sanitizer stations, and plexiglass screens to transform our workplaces for reopening.

Maybe you guys can be useful and write a story on good American-made sources of these products so we can get back to business sooner. Yes, we know that the inclusion of these purchases isn’t yet allowable by the SBA in the PPP forgiveness program, although they are looking at it. Regardless, we want to be safe and get back to business as soon as we can.

Francis Bacon said, “The way of fortune is like the Milkyway in the sky; which is a number of small stars, not seen asunder, but giving light together: so it is a number of little and scarce discerned virtues, or rather faculties and customs, that make men fortunate.”

Small business is ready to create our fortune again and do our part to turn our economy back on. Let’s gather our little and scarce virtues, faculties, and customs and DO THIS. Stop reading the headlines and start reopening.

Is The News Trying To Scare Or Shame Small Business Owners?

US schools reopening: Trump pointed to European nations in his call to return. These...

Having some caffeine in pregnancy ‘is fine’

Why Now Is The Right Time To Start Leading With Compassion...

These 3 Secrets Turn Customer Service And CX Into The Ultimate...