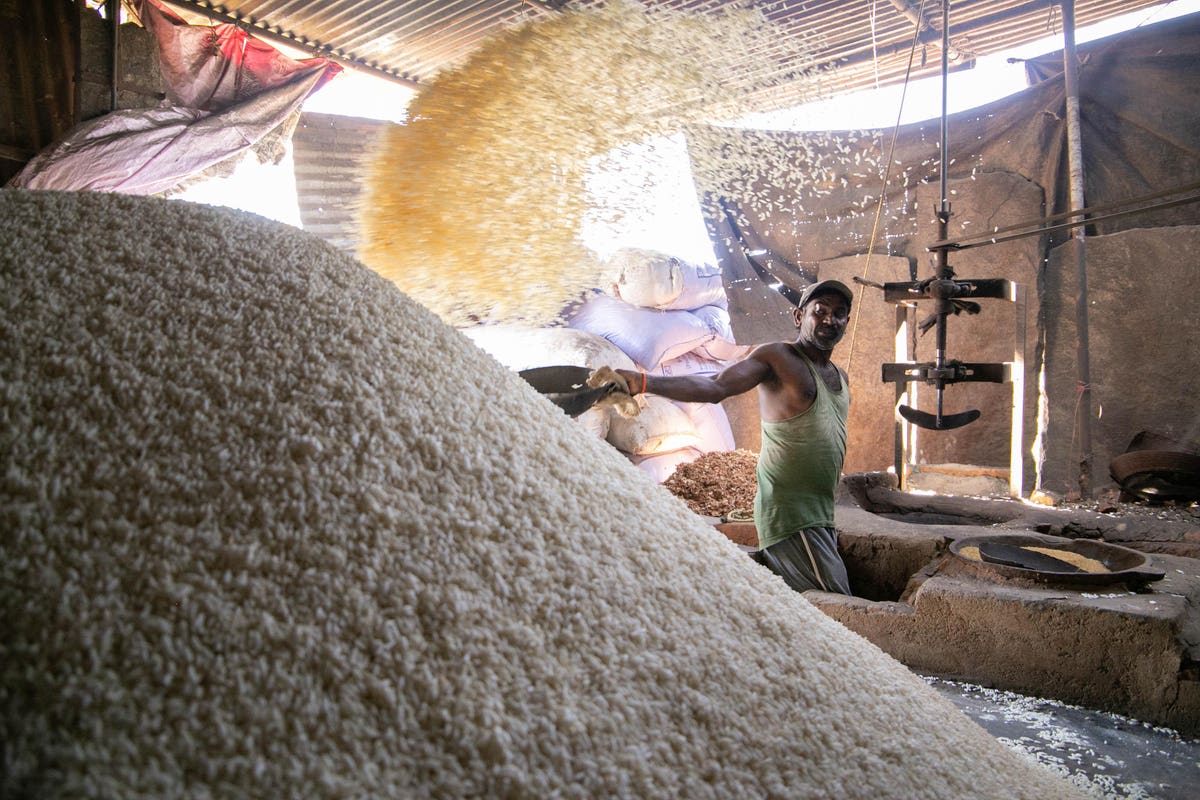 Harish Hande is an engineer and social entrepreneur working with underserved communities. He is the co-founder of SELCO whose interventions have impacted more than 800,000 poor households across 6 Indian states. We caught up with him a couple of weeks ago to reflect on the relevance of sustainable energy during the Covid pandemic and after.

Harish, tell us about your work.

SELCO has been working to open energy access in India since 1994. We work on democratizing services like education and health using sustainable energy as a catalyst. As soon as Covid took over we pushed to adapt our sustainable energy work to the new reality by redesigning parts of hospitals, and looking at the energy efficiency of respirators for example. As Covid goes from urban areas to rural areas, how will rural areas be able to cope? Climate change and Covid have a very close relationship. The poor are not responsible for either, but they will bear the biggest brunt. This is where we need to step in.

How you are innovating in your Covid response right now in India?

India is in a severe lock down. Thankfully, in certain areas SELCO is considered an essential service. For example, we had a webinar with a school for the disabled recently. There are 300 kids in this disability school. How do they make sense of social distancing? It’s not possible so instead we asked, “How do we make the school itself, socially-distanced so nobody enters the school or infects any of the kids?” We are developing these types of protocols so people can adapt, while simultaneously looking at, for example, what a solar-powered Braille-teaching methodology might look like.

What is the role of sustainable energy during the pandemic?

Sustainable energy will play a much stronger role than before. For rural areas to be able to cope with Covid, we are going to need to decentralize health services in many parts of the world. For that, we need high efficiency equipment and reliable access to energy. Rural health access is only going to happen through sustainable energy, and through efficient ventilators, efficient baby warmers, efficient oxygen cylinders. It is much more cost effective among other things.

As time goes on, we will have to start looking at immediate livelihoods. Millions of migrants in India have had to leave the city and return to their villages because their jobs have disappeared. We will need to innovate in agriculture: from solar-powered dairy farming to solar-powered butter-making. India has easily been set back by 15 years to 18 years in terms of poverty .I think our crisis is going to hit us six months down the line in a worse manner than now, when poverty, reduced food production, everything will come in play. Sustainable energy will open-up a huge channel for livelihoods.

You work primarily with small enterprises. What is their biggest need right now?

Everybody today is talking about too big to fail. We need to re-frame the focus from “too big to fail”, to “too valuable to fail.” Small enterprises and entrepreneurs in India are from, and serve, the poorer sectors. The fact that they are decentralized makes them more agile. We need to make sure that they do not collapse otherwise all other services will get very expensive for the poor. They are too valuable to fail.

What we are seeing now is the collapse of centralized decision-making. Decentralized makes sense and that’s why sustainable energy makes sense.

So, you’re saying that building local entrepreneurial ecosystems – or decentralization – is a way to create a social safety net?

Yes. Just look at Delhi and other metropolitan cities that used the poor only for their physical labor. As soon as this crisis hit, they threw the poor out. That’s exactly how reverse migration happened. That’s because we did not create the appropriate social security systems for the poor. A combination of livelihoods, health, education, and sustainable energy creates those social safety nets for the poor. It allows them to be independent from other economic classes for their jobs.

The infrastructure for the rich has been subsidized: like roads and airports. If cold storage systems were subsidized in rural areas, the poor would have created the same opportunities that you and me have created in the urban areas. It would not have led to this level of collapse. They might have gotten poorer during the pandemic, but by 25 to 40%, not by 100% like it is today.

Decentralized livelihoods and decentralized power truly democratizes. This is why sustainable energy has the power to create an inclusive society.

What does decentralized decision-making look like in your work?

We’re creating many such pilots with vocational schools hoping the state will replicate them and create multiple centers of innovation, rather than just one at the large university. The focus is not just on technology but also on delivery and financial models. We give students actual problems. And we bring in local experts: the local doctor, the local postman, the local street vendor who are facing the problems. “This is your local hospital. This is your local vegetable markets. How do you repurpose them in a sustainable manner? What does the future of these hospitals look like?” There are at least 10% of the kids who come out brilliant, innovative thinkers, who are grounded, and who think like anthropologists.

In these hotspots, how do you make sure that people grow up designing their solutions with environmental sustainability in mind?

You don’t have to. You just need to institutionalize a process by changing our education system and embedding systemic thinking in everything we do. We should create programs where there’s a doctor, an engineer, a finance person, an anthropologist. The solutions thinking needs to be local and cross-cultural. I don’t care what your expertise is. Are you a solutions provider?

The moment you design, you actually talk about, “What’s my local material? Why should I actually get it from outside?” It makes no sense to transport. It makes no sense in terms of wasting these materials, which will never be degraded.

It’s about helping the people think from a zero foot to a 35,000 foot level. Also, from a zero time-period to, say, a 10,000 year period. “Do you think do you want to keep this waste for 10,000 years down the line? Do you want to be known for that?” If it gets ingrained from the beginning, we don’t need to have a separate course on sustainability in the future.

I’ll give you another example. If I do not wear a helmet in Amsterdam, for bicycling, a three-year-old kid laughs at me thinking it’s not cool. This thought process has been institutionalized: “I need to wear a helmet.” In India, we wear helmets not because we’re going to die, but because the police will catch us. It’s not ingrained in us. Going back to sustainability, we are ingraining the youngsters too late, where we are letting it be a choice, and that’s not right.

Harish Hande is a pioneer of rural energy service across the globe. He is the co-founder of SELCO and CEO of SELCO Foundation, a provider of renewable energy solutions which has impacted more than 800,000 poor households in India. He is an Ashoka Fellow and a Skoll Fellow.

Corina Murafa is leading Next Now/Planet & Climate and is also the Director of Ashoka Romania. Prior to joining Ashoka, she advanced long-lasting positive change in Eastern Europe as a public policy expert on energy and sustainability. She has worked for the World Bank, OMV Petrom, Deloitte, national governments and think tanks.

Next Now:  For the first time in its history, Ashoka is galvanizing the strength of its community on climate action. Next Now: Planet & Climate aims to change the course of history by uniting extraordinary changemakers around audacious goals that bring people and planet to a new equilibrium. This Ashoka series sheds light on the wisdom and ideas of leaders guiding the field. (Read Part 1, Part 2 , Part 3, and Part 4 of our series on the future.)

Could The Wim Hof Method Help You Thrive In Business?

We must be united for the future of Europe, and now...