Home Entrepreneurs How Focusing On Finance Sets Up Companies For Crisis 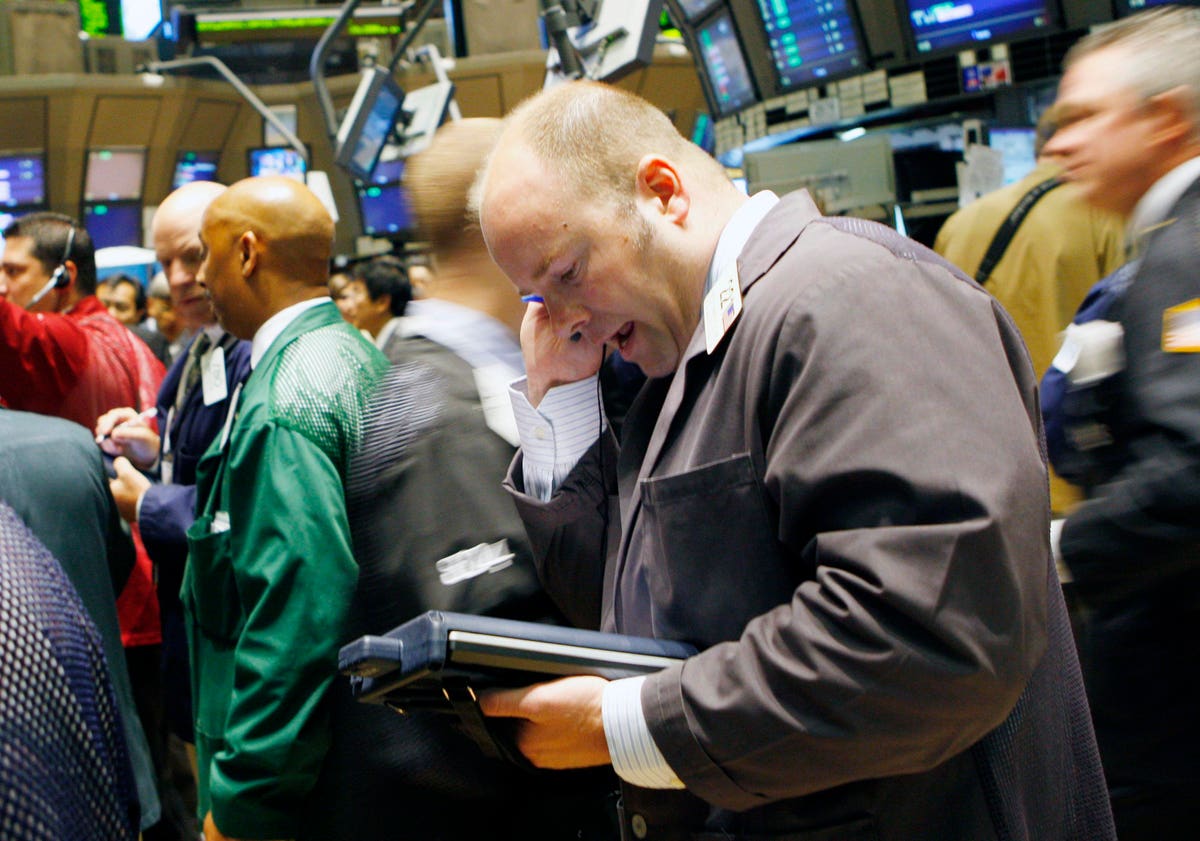 The modern American economy is dominated by finance. By size, for example, the finance and insurance industries accounted for 7.4% of US GDP in 2018, up from 2.8% in 1950. Does that not sound like much? In 2013, finance and insurance accounted for 37% of corporate profits. Power comes from profits, and finance is now so powerful that companies routinely hurt themselves to satisfy Wall Street’s demands. A Duke survey of Chief Financial Officers found that78% of them were willing to “give up economic value” and 55% of them would cancel a project with a positive net present value in order to fulfill Wall Street’s desire for “smooth” earnings.

It’s worth pausing for a moment to think about that statistic. More than three-fourths of CFOs were willing to hurt their company to give Wall Street what it wants. That weakens companies and leaves them vulnerable – and heavily financialized economies grow more slowly and are more likely to suffer from financial crises. In Part 1 of this series I wrote about how the most dangerous crises derive from unfounded assumptions. In Part 2 I described how specialization across global supply chains is a hidden driver of crisis. Here I’ll describe how financial thinking leads companies to disaster.

Focusing on finance makes companies forget why they’re in business

Focusing on the short-term and managing companies to meet numbers are dangerous. But they’re not the most insidious way that financialization makes companies more crisis-prone. The biggest risk is that focusing on finance makes companies forget why they’re in business in the first place. Stopping that from happening is one of the most difficult tasks entrepreneurs and business leaders face.

Financialization’s biggest danger might have been best described by the legendary auto executive Bob Lutz in his book Car Guys vs. Bean Counters.  Lutz shows how the American automotive industry rode high when it was run by people who were passionate about cars – in other words, about making great products. Over time, however, those companies’ leadership shifted their focus from making great cars to making short-term profits. The result was the disastrous downfall of the industry at the hands of its Japanese competitors.

It’s not just about cars. Let’s look at the crash of Boeing, one of America’s greatest companies. Boeing was founded only a few years after the Wright brothers invented the airplane. For decades it advanced the boundaries of aviation technology. Its B-17 Flying Fortress played a crucial role in defeating Nazi Germany. Its B-52 was designed over a single weekend in 1948 but was so well engineered that 72 years later it remains a mainstay of the United States Air Force. On the civilian side, Boeing airplanes, from the 707 to the 777, essentially defined civilian aviation. If you fly, the odds are that you’ve flown on a Boeing. These triumphs were all enabled by one simple fact. In the words of the reporter Jerry Useem, “Boeing has always been less a business than an association of engineers devoted to building amazing flying machines.”

Then everything went wrong. Pushed by Defense Secretary Bill Perry, Boeing merged with its historic rival McDonell Douglas, a company on the point of collapse because its leaders had focused on cost-cutting instead of making airplanes. But when a company run by engineers merges with a company run by financiers, well, you can probably guess what happened next. The executives and culture that had flown McDonnell Douglas into the ground ended up so completely in control that it became a common, and bitter, joke that “McDonnell Douglas in effect acquired Boeing with Boeing’s money.”

Nothing better symbolized Boeing’s new direction than its decision to move its headquarters from Seattle to Chicago because its then-CEO, Phil Condit, felt that “when the headquarters is located in proximity to a principal business – as ours was in Seattle – the corporate center is inevitably drawn into day-to-day business operations.” In other words, the CEO of Boeing didn’t want to be distracted by building airplanes. You have to wonder what Condit thought his company did.

Condit’s successor, Harry Stonecipher (the former CEO of McDonnell Douglas), declared that “When people say I changed the culture of Boeing, that was the intent, so that it’s run like a business rather than a great engineering firm.” It was this approach that had served McDonnell Douglas so well that it had to be rescued by Boeing. Alan Mulally, an engineer who is in my opinion the finest American business leader of his generation, held Boeing’s passenger airplane division together long enough to successfully launch the 777, but he was not chosen to replace Stonecipher and left to rescue Ford in one of the greatest turnarounds in corporate history.

Disaster followed. In 2013 Boeing’s 787 Dreamliner was grounded for months after several had dangerous battery fires. This was only the prelude to the catastrophic safety failures of Boeing’s 737 MAX. In both cases, the root cause was that Boeing’s Board, focused on cost-cutting and the asset light strategy so beloved of Wall Street, in the words of aviation analyst Richard Aboulafia, “would rather have spent money on a walk-in humidor for shareholders than on a new plane.”

So for the 787 Boeing’s leaders insisted on outsourcing as much of the manufacturing as possible while Boeing retained only the final assembly. The Dreamliner ended up $12-18 billion over budget, delayed, and, of course, crippled by battery fires. This outcome wasn’t just predictable – it was actually predicted. A brilliant 2001 paper by a Boeing engineer, L. Hart Smith, foresaw exactly what would happen and pointed out that this strategy had destroyed Douglas and would do exactly the same to Boeing.

Unsurprisingly, the new Boeing wasn’t going to to listen to an engineer about the pitfalls of something as trivial as building airplanes. After all, in the words of a Wall Street analyst who dismissed a Boeing engineer’s concerns about de-emphasizing engineering, “You think you’re different. This model works for everyone. It works for ladies’ garments, for running shoes, for hard drives, for integrated circuits, and it will work for you.” The Boeing 787 is the most complex machine ever mass-produced and any failure of a Boeing plane can kill hundreds in an instant, so the belief that Boeing needs to be managed differently from Victoria’s Secret seems at least plausible to anyone not wearing financial blinders.

As for the 737 MAX, the crucial failure lay in Boeing’s Wall Street-driven refusal to invest in a new airplane – instead it spent $17.4 billion on dividends between 2013 and 2019 (along with $80 million for Jim McNerney, the CEO it picked over Mulally, in just his last 3 years on the job). Boeing developed the 737 MAX because it was cheaper to overhaul the 1960’s vintage 737 than to develop a new airplane to compete with Airbus’s A320neo. Overhauling the 737 required giving it new engines, however, and these new engines were so much larger that they had to be mounted further forward on the wings than the old ones. This meant that the MAX acts very differently when it was near the point of a stall than its predecessor, and Boeing had promised its customers that 737 pilots would not need to be retrained. So it created a software program called the Maneuvering Characteristics Augmentation System (MCAS) to push the nose down if the plane was close to a stall. When a sensor malfunctioned, however, MCAS triggered when it shouldn’t have. This led directly to the crash of two 737 Maxes. More than a year later, the plane has yet to be cleared to fly.

As an entrepreneur or executive, you’re going to be faced with the same choices that bedeviled automotive executives in the 1960s and Boeing’s in the 2000s. Are you in business to make money? Or to make something great? The first path might take you to short-term profits, but it will leave little of worth behind, and it might do incalculable harm. But if you want to build something great, you’ll have to run your company that way. You’ll need to prepare for the shocks created by other companies that have sacrificed their real missions to answer the siren song of short-term stock prices. And be ready to take advantage of their mistakes when they stumble and fall.

Chart Of The Day: Bank Of America Shares May Be About To Lose Half...

Plan For Your Customers’ Emotional Realities

A lot is riding on the business entity type you choose. The business structure you decide on affects your legal liability as an...

By Jaryd Hermann, founder, product manager and writer. Recipient of The Mai&Guardian, 200 Young South Africans in Business and Technology. ...

Good neighbours: EU relations with countries on its eastern borders |...

Chart Of The Day: Before Catching Gold Fever, Consider This Silver...