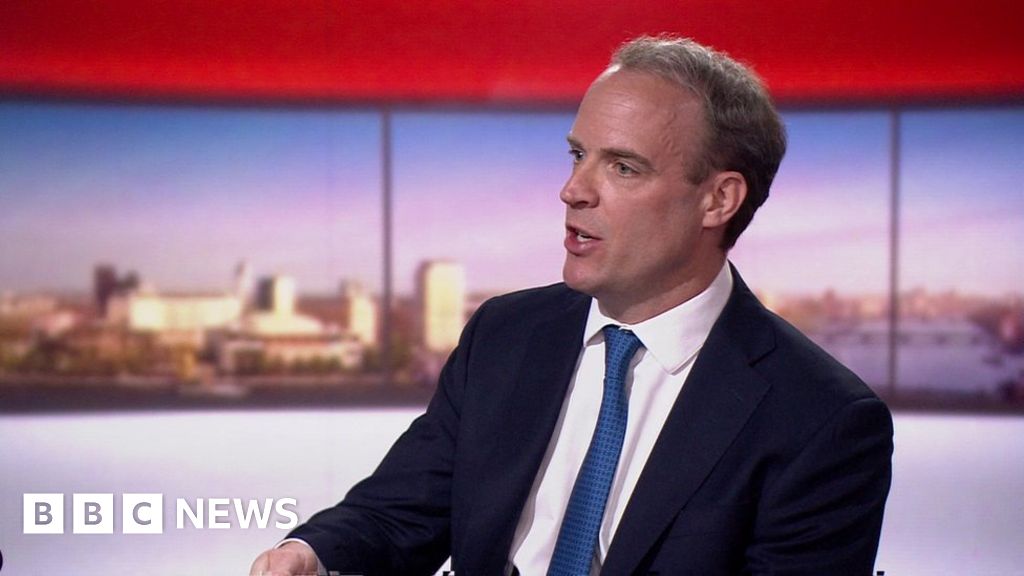 The foreign secretary has defended the government easing of lockdown measures in England from Monday, despite the country’s Covid-19 alert system indicating high levels of transmission.

Dominic Raab said England is “transitioning” from level four, when there should be enforced social distancing measures, to level three, when they can start to be relaxed.

He said the approach is “cautious”.

Scientists who advise ministers have voiced concerns about easing the rules.

Mr Raab told the BBC’s Andrew Marr Show that the government had “taken evidence from scientists” and has met the five tests it said were needed to relax restrictions.

“Because we have made that progress, steadily, slowly, surely, week in, week out, we can very gradually, very carefully, take the steps that we are taking tomorrow,” he said.

He did not specify when England would move to level three, saying this would be “decided independently by experts”.

The government would be able to implement “targeted” measures in areas that saw an “uptick” in cases, he added.

Prof Peter Openshaw, who is part of a body that advises the government on respiratory viruses, told the programme that ministers must proceed with “great, great care”.

Asked whether the government is proceeding too quickly, he said there is “a pretty unanimous message now that we need to take this slowly and go step by step”.

“We need to evaluate the effect of each step before we move to the next one,” he said.

Emissions of most harmful air pollutants dropped in 2018, marking EU progress under UN...

Are Stocks in for Another Leg Higher?

Rate to Watch Ahead of Australia Employment Report