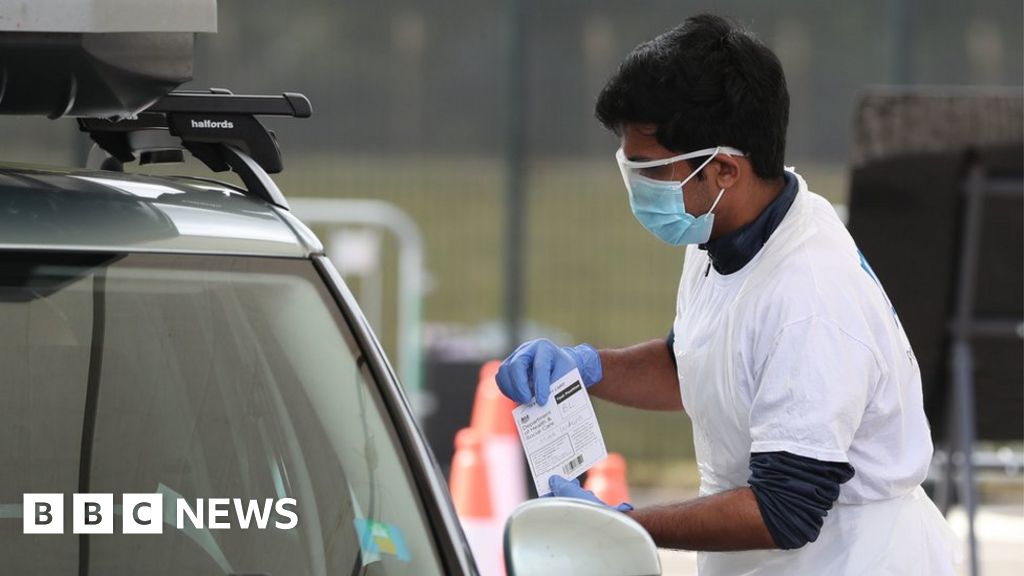 The UK has exceeded its target to increase coronavirus testing capacity to 200,000 a day by the end of May.

Some 205,634 tests were available on Saturday, the government confirmed.

Health Secretary Matt Hancock described it as “an important milestone on our journey to control the spread of the virus”.

It comes as another 113 people have died in the UK after testing positive for coronavirus.

It takes the total number of people who have died after testing positive to 38,489.

For several days, the government has been unable to give figures on the exact number of people who were tested.

The UK now has capacity for 40,000 antibody tests a day, the Department for Health and Social Care confirmed.

The tests, which determine whether someone has had the virus, are currently only available to health and care staff.

The capacity figure also includes tests being sent out to a random cross-section of society by statisticians, as well as those conducted on people actually displaying symptoms.

In early May, Prime Minister Boris Johnson said his “ambition” was to reach capacity to conduct 200,000 tests a day by the end of the month “and then go even higher”.

Do we have enough tests?

At the start of the coronavirus outbreak the UK’s limited testing capacity was dwarfed by the number of possible new infections.

Lockdown had to quickly be imposed to stop the virus spreading and overwhelming the NHS.

Testing capacity has been ramped up significantly in recent weeks. As of 30 May, 115,725 tests were carried out.

The bulk were community swab tests for people concerned about symptoms and wanting to know if they have the virus.

Although rates of the infection have decreased substantially with lockdown, the virus has not disappeared from society.

People can still catch it and experts believe 8,000 a day in England currently are.

As lockdown eases, a new system called test and trace is being used to help keep the virus under control – identifying possible outbreaks.

Having enough tests on offer will be vital, as well as getting rapid results back so people can be informed if they might have the virus and therefore need to stay at home to stop the spread.

Widespread testing forms a central part of the government’s strategy to control the virus.

England’s test and trace system, which kicked off on Thursday, aims to enable a move from blanket lockdown restrictions towards more targeted measures.

He said he was “reasonably confident” the measures would be “manageable” but the room for manoeuvre was limited.

It comes after some scientific advisers voiced concerns about the timing of the changes.

Nike Vs. Nikola: 1 Stock Set To Show Strength, 1 To Struggle

Coronavirus: Some states begin to reopen as US death toll passes...