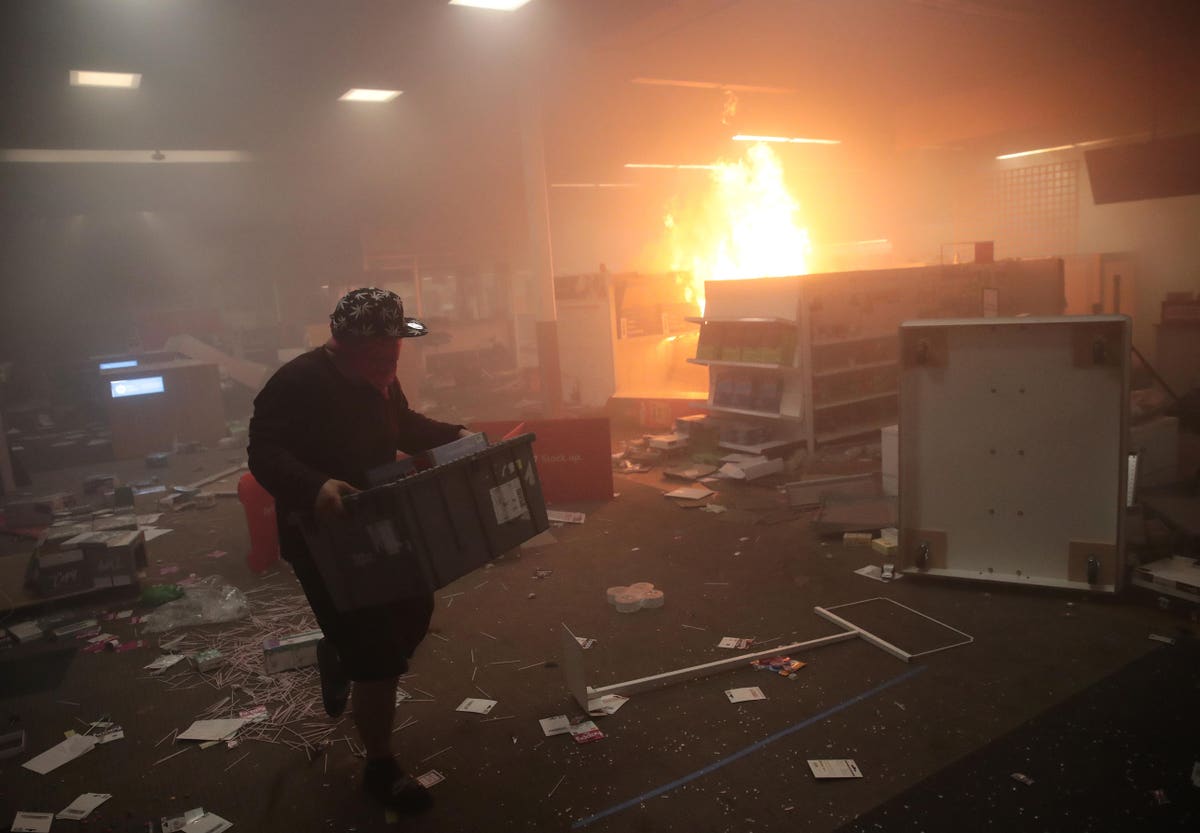 As the world watches live television coverage of night after night of demonstrations in Minneapolis, Minnesota, and in dozens of cities across the U.S., so have the owners of the businesses burned and looted.

According to the National LGBT Chamber of Commerce, there are 1.4 million LGBT business owners in the U.S. Those that are also minority-owned and support groups like Black Lives Matter and share the outrage over the murder of George Floyd in Minneapolis have added messages to their boarded-up businesses in hopes of being spared.

Some have been left undamaged.

This the outcome of thousands of Americans taking to the streets to express their outrage over the murder of Floyd, an unarmed black man in police custody. Cellphone video captured Derk Chauvin, a white, now-fired police officer, holding Floyd to the ground by kneeling on his neck — for almost nine minutes. On the recording, Floyd can be heard begging for help: “I can’t breathe.” Floyd died, Chauvin and three fellow officers were fired, and Chauvin was arrested and charged with third-degree murder.

Minneapolis city councilmember Phillipe Cunningham agrees with those calling for the other cops to be charged as well.

“I agree, 100 percent,” Cunningham told the Windy City Times in an exclusive interview. “So that is the bare minimum that can happen. The other three officers [on the scene] should also be arrested and charged and convicted. As elected officials, we are calling for the governor to take authority over the case, and that attorney general have prosecutorial authority. These officers should be held accountable.”

Cunningham made history in 2017 when he defeated an incumbent with two decades of experience, and became one of the first openly transgender men to be elected to public office in the United States.

The Windy City Times asked Cunningham about the LGBTQ-owned businesses in his ward.

“Trans and queer business owners are concerned about their spaces, but they’re also concerned about getting justice and others’ safety. We have a very large queer and trans community here, so they’re, like, ‘That’s our people out there.’

“So that’s what I’m hearing: People concerned about their own businesses but also about safety and justice.”

Cunningham suspects the ongoing protests have been perpetuated and aggravated by what other officials and the news media refers to as “outside agitators.”

“…What started off as riots being the language of the unheard turned into white supremacists and some anarchists taking advantage of some Black grief and trauma to wreak havoc, destruction and violence,” Cunningham told the Windy City Times. “I’m not saying that oppressed folks aren’t participating; however, it has been seen that the folks initiating the destruction and fires are actually white. There’s suspicion that they’re anarchists or white supremacists.”

As a person who is Black as well as trans masculine, and also a member of the official city government, Cunningham’s reaction to Floyd’s murder and the public response has been deeply emotional, he said.

“I navigate the world being seen as a Black man and am treated as such. When I saw the video, a ton of trauma came up and I was so angry. I was angry as a Black man in America, and I was angry as a city councilmember; I have put in hours and hours and hours of work trying to make the smallest change within the institution of policing in this city.

“When I saw that — knowing that efforts have been pretty futile — seeing the video absolutely enraged me. But it also confirmed that we need an alternate form of public safety outside of policing.”

Read more of Cunningham’s interview with the Windy City Times by clicking here.

What You Need To Know About Your Startup Vision

Toba Supervolcanic Eruption Might Not Have Nearly Wiped Out Humanity, Study Finds

Edward Colston statue pulled down in Bristol, England during protest

AUD May Fall on Australia-China Tensions, Euro Eyes €500b Proposal

5 Decisions That Will Increase Your Chances Of Building A Successful...