US futures for the , , and gave up advances on Monday, while European stocks struggled to hold on to gains as tensions between the US and China once again flared. Ironically, though civil unrest in the US and concerns over a second wave of the coronavirus outbreak have barely affected traders, a Bloomberg report this morning claiming “Chinese officials told agriculture companies to pause imports of some American farm goods,” is pressuring US contracts.

Yields rose and the dollar extended a decline.

Though tensions between the US and China have been simmering recently, due to new national security legislation imposed by Beijing on the autonomous city of Hong Kong, one of the results of this morning’s report, if confirmed, would include a halt by China to all US imports.

Contracts on the S&P 500 flipped lower on the news, and look to upend what would have been a seventh day straight rally of the benchmark index, nearing its highest level since March 6.

The opened higher, boosted by travel and mining shares, initially wiping out Friday’s decline, and nearing the highest since Mar 6. However, a pullback by the Pan-European index gave up half those gains.

Earlier, before the Bloomberg news broke, bulls were more consistent and forceful in Asia, with Hong Kong’s surging, (+3.4%), on the momentary geopolitical stability, as President Donald Trump left room in his rhetoric for calm in his relationship with China. Japan’s underperformed, (+0.8%).

On Wall Street Friday, US stocks finished the week higher. They have been rising over multiple gauges as investors have disregarded the worst economic data in 70 years, choosing to believe instead that reopening economies will foster a V-shaped recovery by the IMF and the Fed to the contrary.

Yields, including for the US Treasury note, were well off their highs. 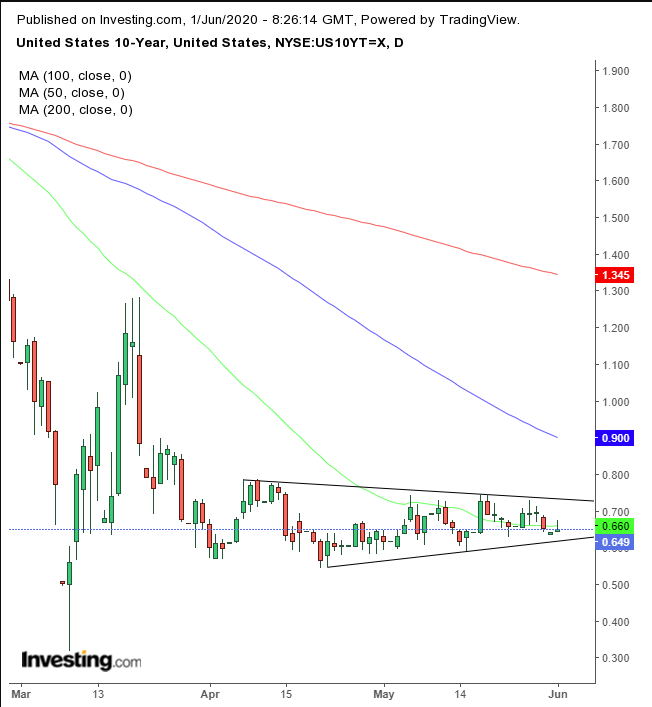 The benchmark sovereign bond found resistance by the 50 DMA, which flipped from its support since crossing over it on May 18. When equities trim gains and US contracts drop, investors generally shift their money into Treasurys. Yields have been developing a symmetrical triangle since the April 17 high.

The slipped for a third day. 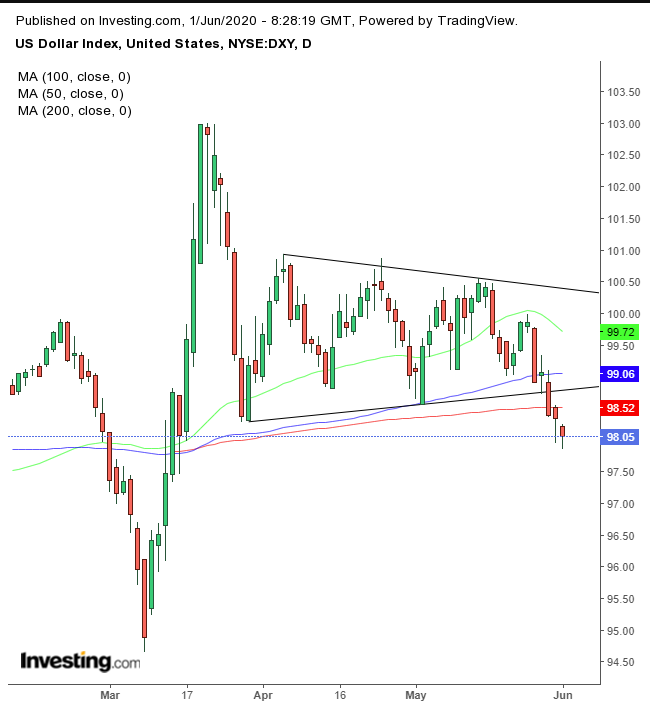 The global reserve currency broke to the bottom of a symmetrical triangle, supported by the 100 and 200 DMS. Friday’s hammer is providing support for today’s selloff, increasing the chance of a return-move. Past that, we’d expect .

opened higher after penetrating the top of a possible falling flag, potentially the third consecutive bullish pattern since February. 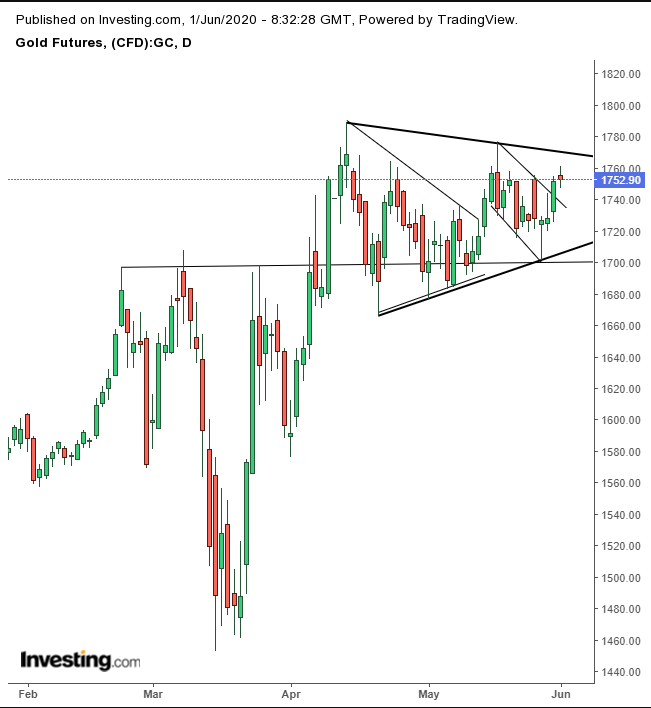 The price of the precious metal would likely trade along a larger symmetrical triangle, which would jibe with a pull-back to the flag before attempting another upside breakout. Should this occur, it would be the , building in considerable interest for an upside move. 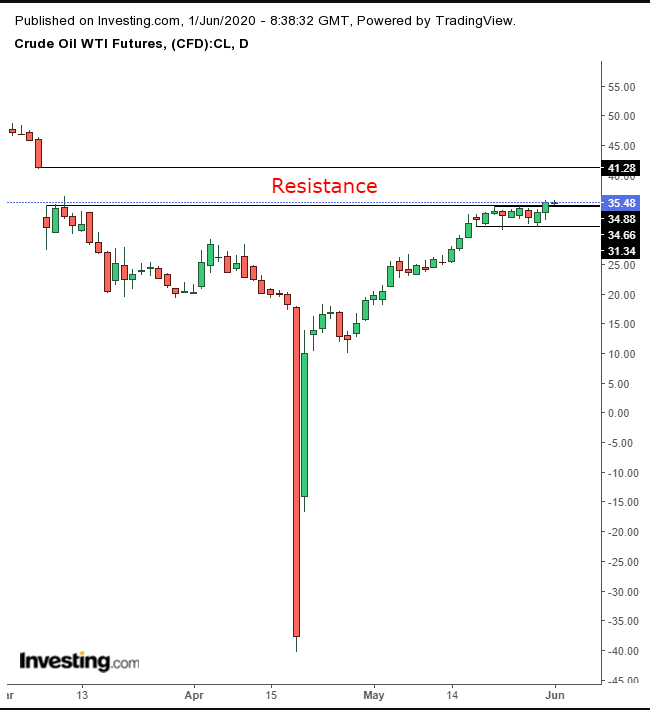 Crude’s price wobbled but stayed above $35, remaining on top of the congestion from which it broke free on Friday. However, the price is suppressed by the resistance of the March 9 falling gap.

Chart Of The Day: McDonald’s Setting Up For A Black Friday Boost

Are Boeing Shares Still A Buy After Soaring More Than 100% Since March?