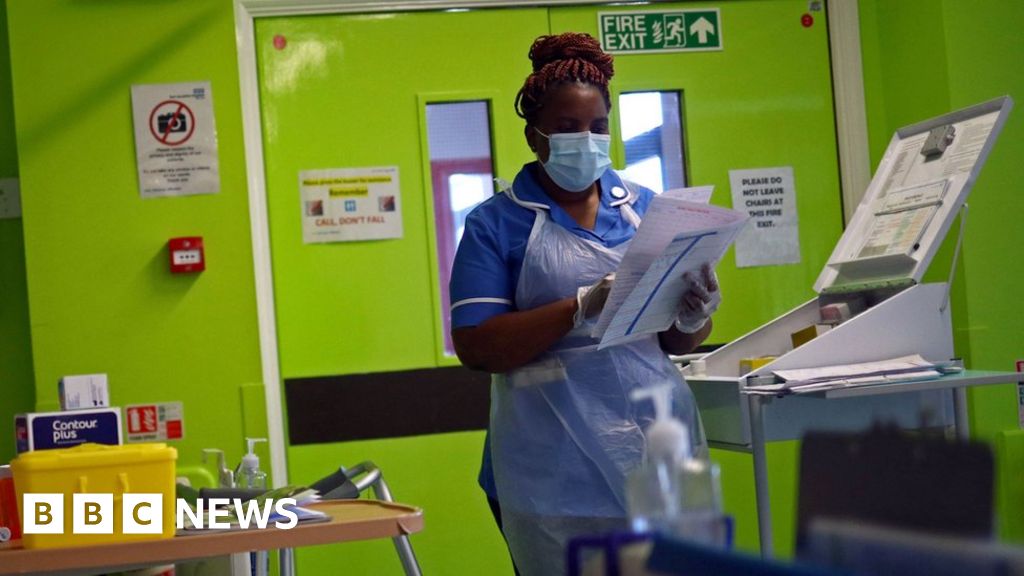 NHS trusts in England were not consulted before the government announced changes to the use of face coverings in hospitals, the chief executive of NHS Providers has said.

Chris Hopson said trust leaders felt “completely in the dark” about the “significant and complex” changes.

From 15 June, hospital visitors and outpatients must wear face coverings and staff must use surgical masks.

The Department of Health says masks can be provided by the hospital if needed.

A spokeswoman said while the public were “strongly urged” to wear a face covering while inside hospitals, no-one would be denied care.

NHS England was fully aware of the announcement before it was made public; and trusts have all of next week to implement the changes, the Department of Health added.

But Mr Hopson said the announcement by Health Secretary Matt Hancock on Friday was “rushed out” with “absolutely no notice or consultation” of NHS trust leaders.

He told BBC Radio 4’s Today programme: “It’s the latest in a long line of announcements that have had a major impact on the way the NHS operates, in which frontline organisations feel they’ve been left completely in the dark, and they’re then expected to make significant and complex operational changes either immediately or with very little notice.”

He said trust leaders were worried there was not enough strategy or planning and that it felt like “last minute decisions are being made on the hoof that seem overly influenced by politics and that need to fill the space of the Downing Street press conferences”.

The announcement had left many unanswered questions, such as when it is appropriate for staff to wear face masks, the numbers of masks needed and how they would be distributed, he added.

Mr Hopson called for a “proper, sensible forward plan and forward strategy of what we are trying to do, where trusts are given the time and space they need to do complex and difficult things”.

Mr Hopson’s criticism was echoed by the British Medical Association (BMA), which warned there was “little detail” on how the policy would be implemented, where the masks would come from or how outpatients and visitors would be given them.

Consultants committee chairman Dr Rob Harwood said: “Given the lack of PPE supplies throughout the Covid-19 pandemic, it is absolutely crucial that the government ensures there are enough supplies of face masks for staff, and adequate provision of face coverings for outpatients and the public by the 15 June.”

It comes as the UK’s death toll passed 40,000 on Friday according to the latest government figures.

A total of 40,261 people have died in hospitals, care homes and the wider community after testing positive for the virus, up 357 from Thursday.

Also at the Downing Street briefing, Mr Hancock appealed to people not to attend large demonstrations with more than six people, saying he was “appalled” by the killing of George Floyd in the US but “coronavirus remains a real threat”.

How The PPP Program Is Disrupting The Alternative Lending Market

How To Support Your Employees’ Mental Health During Uncertain Times

Migration: Relocation of unaccompanied children from Greece to Portugal and Finland

Housing Starts Climb 4.3% in May as Buyers Return and Builders Aim to Speed...

The appetite for high-end single-family homes is surging across...

The rapid tests picked up five infections out of every 10 found by conventional lab tests. Source link

How To Encourage Holiday PTO Without Leaving Your Business Short-Staffed

As we enter the holiday season, many are ready to set their “out of office” messages and relax and recharge. It’s important for...