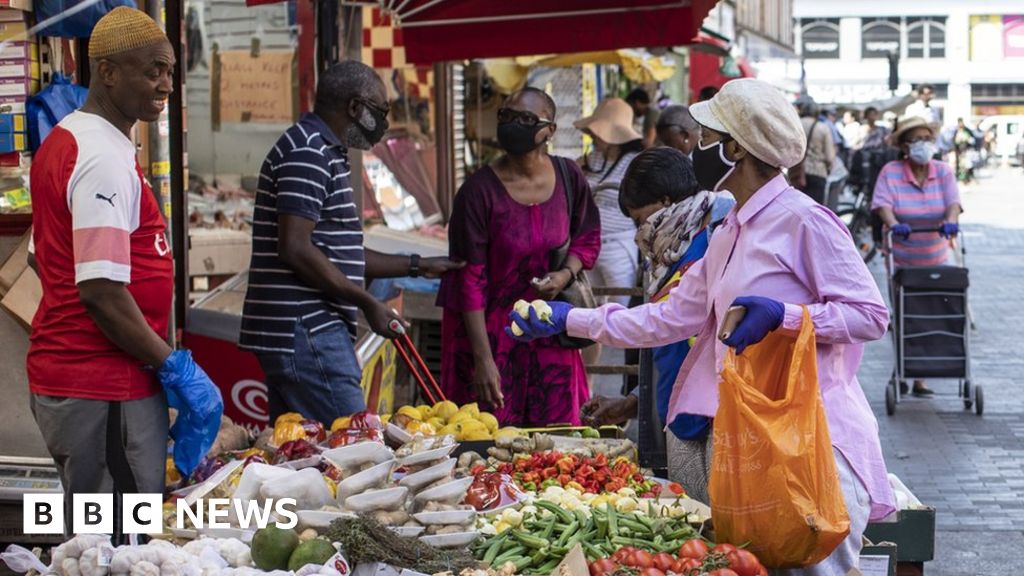 A report containing measures to protect ethnic minority groups from coronavirus has been drawn up for government, BBC News has learned.

And PHE now says this report will be published next week.

Labour described the decision not to immediately publish the second report as “scandalous and a tragedy”.

The already published PHE review found people of Bangladeshi heritage were dying at twice the rate of white Britons, while other black, Asian and minority ethnic groups had between 10% and 50% higher risk of death.

However, it was widely criticised by MPs for not including any recommendations to protect these communities.

When questioned in the House of Commons last week, the Equalities Minister, Kemi Badenoch, said Public Health England “did not make recommendations because they were not able to do so” and she would be taking this work forward.

But Raj Bhopal, an emeritus professor of public health, from the Usher Institute at Edinburgh University, told BBC News: “Parliament had not been told the full truth.”

PHE had asked him to peer-review a late-stage draft of a 64-page government report – marked “official-sensitive” and titled Beyond the Data: Understanding the Impact of Covid-19 on Black, Asian and Minority Ethnic (BAME) Communities – containing recommendations as well as evidence from 4,000 individuals and organisations, four days before the official health review had been published, he said.

Prof Bhopal told BBC News the document was an “open secret” and had “every hallmark of a [government] report ready to go to the press”.

He said: “The public has expressed a great deal of disappointment as well as the people who were part of this consultation, asking, ‘Where have our voices gone?'”

“If you consult the public, you must publish the results.

‘They should have acted much sooner’

Sohail Anjum, 47, from Croydon, south London, had Covid-19 for two months, including 23 days in a medically induced coma.

After being admitted to intensive care, in March, he was given a 50-50 chance of survival and had blood poisoning and severe muscle weakness, affecting his ability to walk.

And while he was unconscious, his mother, Rashida, 81, died with the virus.

“I still haven’t come to terms with it because of the trauma I went through.”

‘It makes me feel a bit saddened as this is something that should have been highlighted very early on, which could have helped prevent the high deaths amongst BAME groups,” he said.

One of the 4,000 contributors to the draft report, Zainab Gulamali, from the Muslim Council of Britain, is “shocked and disappointed” its recommendations remain unpublished.

“One of the key recommendations that we had was for the NHS to acknowledge that it has a problem with structural racism and discrimination against ethnic minorities and Muslims, to apologise for this and put an action plan in place to tackle it,” she said.

“We’ve spent so many months talking about how black, Asian and minority ethnic individuals are dying but we’re not doing anything about it.”

Meanwhile, Runnymede Trust interim director Dr Zubaida Haque has written to Health Secretary Matt Hancock, along with a coalition of 15 other race-equality organisations, with core recommendations to protect ethnic-minority workers.

“We asked for increased access to personal protective equipment for all key workers across all sectors, for the government to strengthen the social-security safety net, such as universal credit, housing benefit, and increase statutory sickness pay to mitigate the economic impact,” she told BBC News.

“We also asked for an end to the ‘no recourse to public funds’ condition imposed on migrants with limited or no leave to remain and to ensure everyone has access to healthcare by scrapping charges and the data-sharing agreement between the NHS and the Home Office.”

A Labour Party spokesperson urged Kemi Badenoch to explain what she knew and when, adding in a statement: “The government’s decision to block this report is scandalous and a tragedy. The recommendations it makes could have saved lives.”

A PHE official said one of its doctors, Prof Kevin Fenton, had listened to the views, concerns and ideas of a significant number of individuals and organisations within ethnic-minority communities to create the draft report.

“This important engagement work will inform the work the equalities minister is now taking forward,” they said.

“We intend to both formally submit this work to the minister next week and will publish it at the same time.”

Implications for NZD/USD and NZD/JPY Rates

Fifth meeting of the Accession Conference with Montenegro at Deputy level, Brussels, 30 June...

How To Build Confidence As An Entrepreneur

Silver May Still Lose Out To Gold Once Covid Effects Fade