Greece’s new issue of government bonds last week was more than five times oversubscribed, enabling the erstwhile sick man of Europe to raise €3 billion (US$ 3.4B) at a yield of 1.55 percent in its second bond sale since the pandemic crisis began.

Yield-hungry investors are snapping up government bonds from peripheral EU countries as the European Central Bank provides a backstop with its Pandemic Emergency Purchase Program, now endowed with €1.35 trillion ($1.53B). The ECB has suspended its rating threshold for the emergency asset purchases so that it can buy the Greek securities even without an investment-grade rating.

But Greece has played its part after the wrenching adjustments enforced during the EU’s sovereign debt crisis and even registered budget surpluses from 2016 to 2018. The proceeds of the latest issue will help Greece cope with the economic impact of the pandemic. 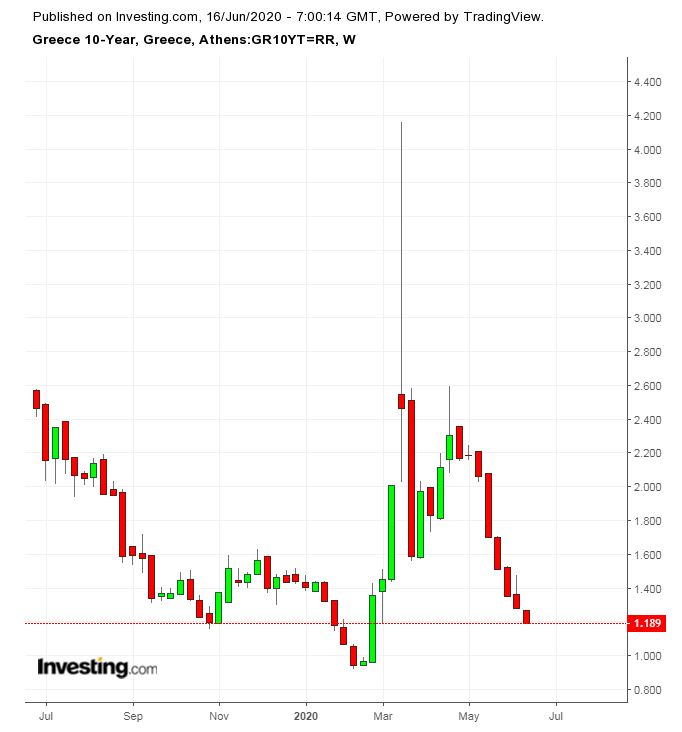 Yields on the 10-year Greek bonds fell below 1% in February, but then spiked to about 4% in March on the ill-advised remarks from ECB President Christine Lagarde that it was not the job of the central bank to keep spreads on the eurozone bond yields within a certain range.

Lagarde, of course, quickly corrected herself and the ECB is now bringing impressive firepower to stabilize those spreads. The central bank purchased €4.69 billion ($5.32B) of Greek bonds in its emergency program through the end of May, and the expansion of the program earlier this month gives it even more leeway to acquire Greek bonds.

The ECB purchases are helping the yield on the 10-year Greek bonds fall. They reached about 1.2% on Monday.

Another peripheral EU country with a checkered past, Ireland, drew a record amount of offers for its own bond issue, turning to a bank syndicate to build the book instead of relying on its usual auction procedure. 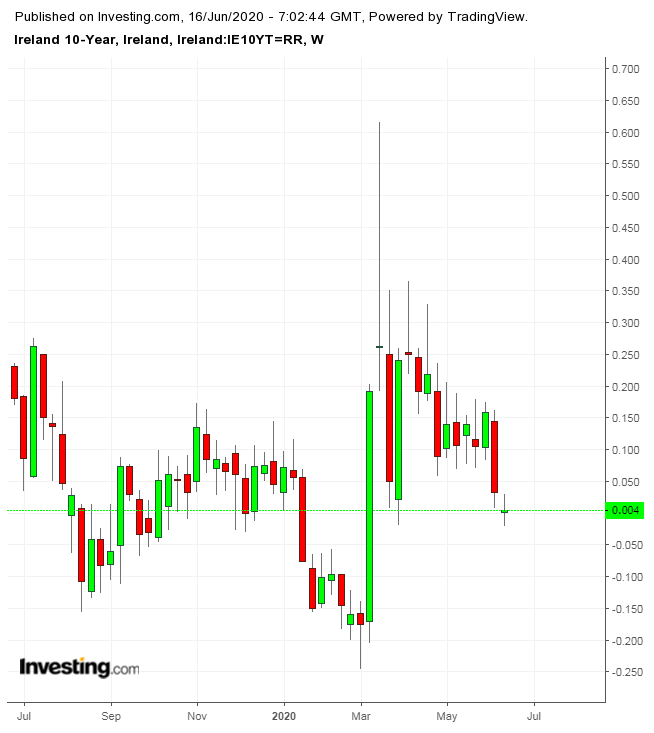 Ireland didn’t wait until the EU’s sovereign debt crisis in 2010 to get into trouble. The country plunged into difficulties with a bank crisis in 2008 when a bubble of mortgage lending forced the government to bail out the banks, after which the International Monetary Fund and the EU in turn had to bail out the Irish government.

The agreement Monday between Ireland’s center-right parties, Fianna Fail and Fine Gael, to end a four-month stalemate in the wake of February’s election and share power in a coalition together with the Greens was a further bullish element. 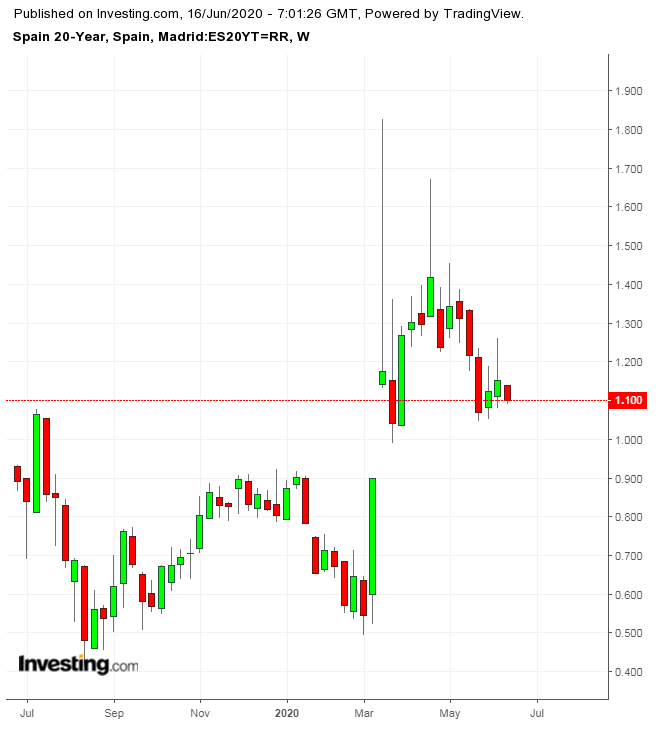 Spain also fell victim to a housing bubble and required a bailout in 2012, but the large size of the country’s economy and an earlier start on reform measures made terms less draconian than for Ireland, Portugal and Greece.

A much wiser EU is now providing the needed support for these countries and their bond yields are converging on zero. On top of the ECB asset purchases, the EU itself is contemplating €500 billion ($567.4B) in grants to hard-hit areas, which is sure to further encourage investors in periphery bonds.

In addition, EU member states are finalizing a banking package which cut banks considerable slack in the amount of capital they have to hold against EU sovereign bonds, providing further support for the market. The measure is part of an overall effort to free up bank capital for lending during the coronavirus crisis.

Cable Indecisive Ahead of Earnings Season

US Dollar Ranging Amid Narrative Vacuum, AUD/USD Reacts to RBA

Sweden defends not locking down over coronavirus, but admits failing to protect the elderly

Cases levelling off in the north east of England

However, the latest statistics show increases across the rest of the country. Source link

How To Be More Available To Your Team (While Still Doing...