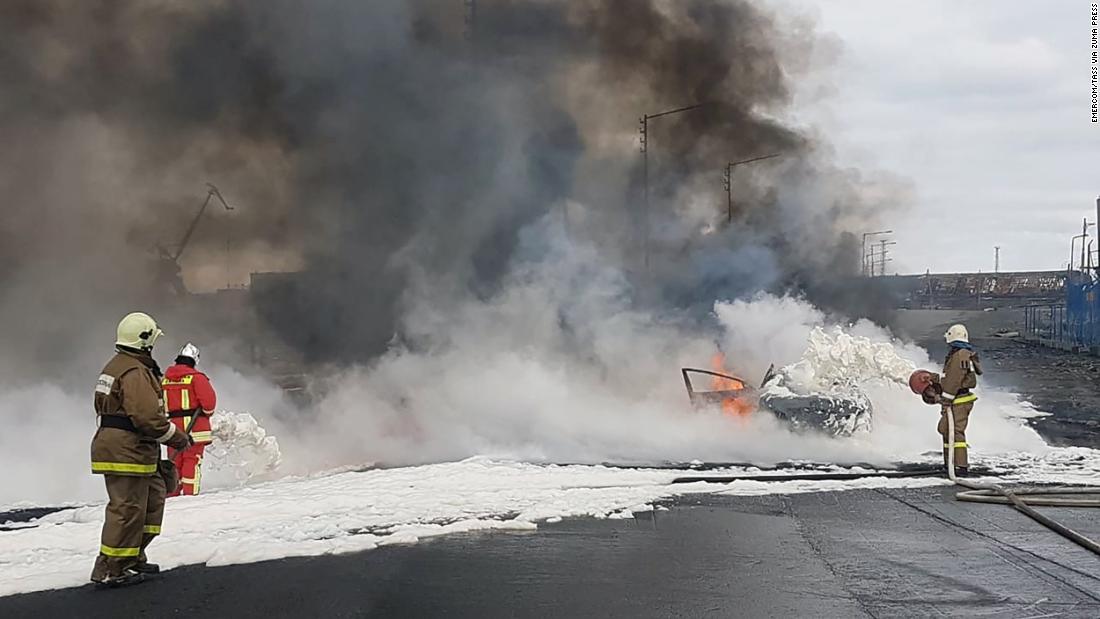 The fuel entered the water from a nearby power station, causing damage that one environmental group described as “catastrophic.”

Yevgeny Zinichev, the local head of the Russian Emergencies Ministry, told President Vladimir Putin on Friday that the first stage of the cleanup operation was complete, according to Russian state news agency TASS.

“The event, the emergency situation was localized on June 1,”Zinichev said, according to the agency.

Putin has declared a state of emergency in Norilsk over the spill.

In a statement released Friday, Russia’s prosecutor general linked the disaster in the Arctic city to permafrost thawing.

“According to available data, a preliminary reason for the depressurization of the tank with diesel fuel was the subsidence of the soil and the concrete platform under it,” the statement read.

“In order to prevent the recurrence of a similar situation at especially dangerous facilities located in territories subject to permafrost thawing, the Prosecutor General of the Russian Federation Igor Krasnov, the regional prosecutors and environmental prosecutors have been instructed to conduct a comprehensive audit of such locations.”

The prosecutors said they would continue to investigate how the Norilsk spill occurred.

The power station’s employees originally tried to contain the fuel on their own and did not report the incident to emergency services for two days, head of the Ministry of Emergency Situations Evgeny Zinichev said Wednesday during a meeting with Putin which was broadcast on national television.

Norilsk has been historically among one of the world’s most polluted cities. According to a 2018 NASA study based on satellite data, Norilsk tops the list for worst sulphur dioxide pollution, spewing 1.9 million tons of the gas over the Arctic tundra.

What Changes During Covid-19 Are Temporary (And What Will Stick)