Home Entrepreneurs With $715B In AUM, Impact Investors Stay The Course, Despite The Pandemic,... 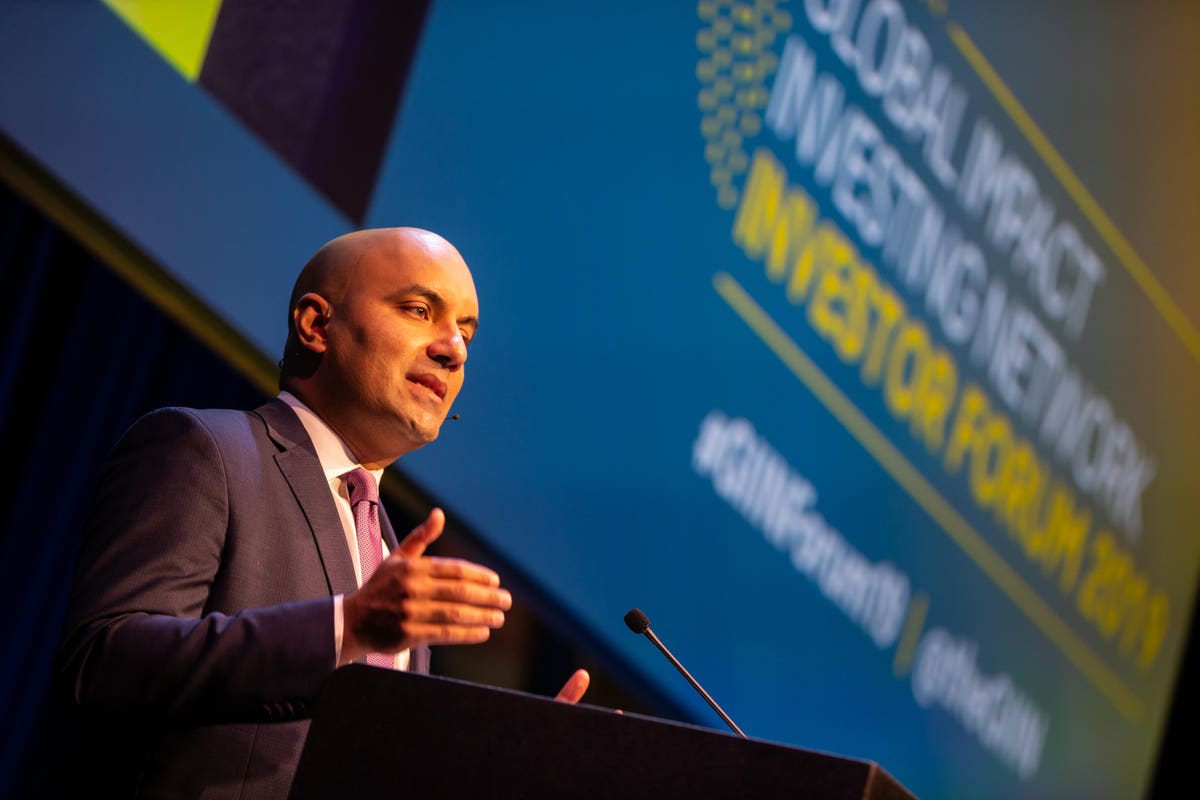 Amid a backdrop of a global pandemic and protests against brutal treatment of African Americans by police and systemic racism, the Global Impact Investing Network (GIIN) just produced its 10th annual survey of the market.

Its findings: Impact investors largely haven’t abandoned their previous investing plans. They are, in fact, staying the course. As for growth, a separate study of 1,700 impact investors found that aggregate assets under management increased from $502 billion in 2019 to $715 billion this year.

Amit Bouri, CEO and co-founder of the GIIN, also sees our current tumultuous times as a moment when impact investors can play a critical role. “I think impact investing is more important now than ever before,” he says. “Impact investing can play a role in re-imagining capitalism and reshaping the future.”

According to the survey, which questioned 294 investors managing a total of $404 billion in impact investing assets, market growth is partly being driven by overall strong financial and impact performance. Eighty-eight percent of respondents reported meeting or exceeding their financial expectations. In terms of impact performance, 99% of respondents noted that they have met or exceeded their expectations since inception.

Aggregate assets under management for repeat respondents to the annual survey were $98 billion vs. $52 billion in 2016.

Also important has been progress made in impact measurement and management practice. Long a sore point for impact investors, methods for measuring impact have gained in sophistication, according to survey respondents, though there’s still a lot of room for improvement.

As for the pandemic, in early April, survey respondents were asked to share their insights into the effects of COVID-19 on investment activity. Most (57%) said they’re “unlikely” to change the volume of capital they previously planned to commit to impact investments in 2020. While 20% are at least ‘somewhat likely’ to commit less capital than they had planned, 15% are ‘likely’ to commit more capital than planned. “Impact investors aren’t dramatically changing the way they invest,” says Bouri.

According to Bouri, that makes sense when you look at most investors’ reasons for embracing impact. “Impact investors are motivated by issues that are going to take a long time to resolve,” he says. “If you’re trying to address things like climate change or increasing access to basic services, it will take a while before you can have a real impact.”

Almost half of respondents expect impact performance to be in line with their expectations, and 18% anticipate that their portfolios will  outperform on impact. Still, a sizable number (46%) expect under-performance against financial expectations.

What may be most critical, according to Bouri, is the role impact investors will need to play in recovering and rebuilding. “We’re going to see a much broader social mandate for businesses and investors to demonstrate how they’re contributing to the health of their communities and planet more broadly,” he says. “Our goal is for impact to be part of all investing—where it’s incorporated into how decisions are made, investing in a way that isn’t just about generating financial returns for the owners of capital, but prioritizing positive measurable social impact.”

“What you do speaks so loudly that I cannot hear what you say,” wrote 19th-century essayist Ralph Waldo Emerson. At the office, managers...

Coronavirus: Tests ‘could be picking up dead virus’

Chart Of The Day: Will “Cognitive Dissonance” Sting The NASDAQ?