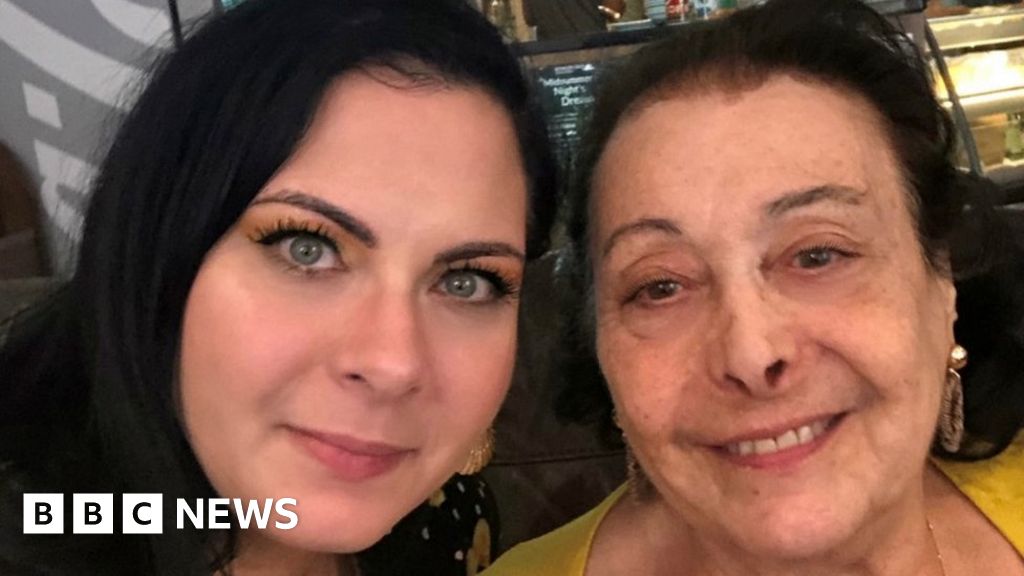 Christie Michael is so worried about protecting her elderly mother that she has not gone outside her front door since the lockdown began in March.

She says it is “lonely and isolating” – but the mother and daughter in Essex have also found themselves hungry.

Research from Sheffield and Birmingham universities suggests more than 100,000 unpaid carers in the UK have had to rely on food banks during the pandemic.

The study looked at the experiences of people caring for parents and disabled relatives during the lockdown – and found 229,000 unpaid carers were in households where people had “gone hungry”.

Christie, now in her thirties, lives with her mother in Waltham Abbey and has been caring for her since childhood – watching over her mother as she suffered from seizures and other health problems.

But during the lockdown they faced a different kind of problem: “We were actually hungry.”

Christie did not want to risk going to the shops while she was shielding her 76-year-old mother.

And even if they could have got an online delivery, they didn’t have enough money – so much so that they depended on deliveries brought by food banks.

“People don’t understand the importance of food banks,” she says, or how widely they are now being used.

When they had emptied their cupboards, using up the baked beans and cereals, she said they were “not eating”.

“I don’t know what we would have done without the food bank.”

When government food parcels did arrive, she didn’t like to complain that much of it contained dairy products, when her mother was lactose intolerant.

As a full-time carer she is entitled to a carer’s allowance of about £67 per week – and the Carers UK charity is pushing for an increase.

But even with other benefits on top, Christie says her current reality is “spending every penny on food, rent and bills”.

Every other cost that comes along, “like something breaking down”, means borrowing and that creates another second wave of financial problems.

What makes it tougher, says Christie, is the lack of recognition for such carers, protecting the people they love, but spending their waking hours looking after someone and being trapped without any money.

During the lockdown, she says the sense of being invisible and forgotten has been even more intense.

She has remained behind her door – and doesn’t expect to be outside until the end of July, so as not to “put mum in jeopardy”.

In the past, she says there were some respite hours available to people caring for relatives – but that has gone. And she calls for a more consistent approach for support available for carers.

The study from academics at Birmingham and Sheffield universities suggests that unpaid carers are twice as likely to have used food banks during the pandemic, compared to the general population.

Professor Sue Yeandle of Sheffield University says this should “shock the nation”.

“It cannot be right that carers are hidden from view, with declining mental wellbeing or face hunger or food poverty,” she says.

The chief executive of Carers UK, Helen Walker, says: “Surely when the majority of carers are providing even more care for relatives during this pandemic, and spending more to do so, they deserve some help?”

A spokeswoman from the Department for Health and Social Care said: “The government is hugely grateful for the crucial role that carers play, especially during this unprecedented period and we recently announced an extra £63m to support people struggling to afford food and other essentials due to coronavirus.

“The rate of carer’s allowance was recently increased and we are working closely with carers organisations to further support carers during this outbreak, including funding to extend Carers UK’s helpline opening times so unpaid carers are able to access trusted information and advice.”

Natural Gas Could Get Pricier, Supply Tighter With Hurricane

What Happens When COVID-19 Is Driving Demand? Grove Collaborative Delivers Soap And Sanitizer To...