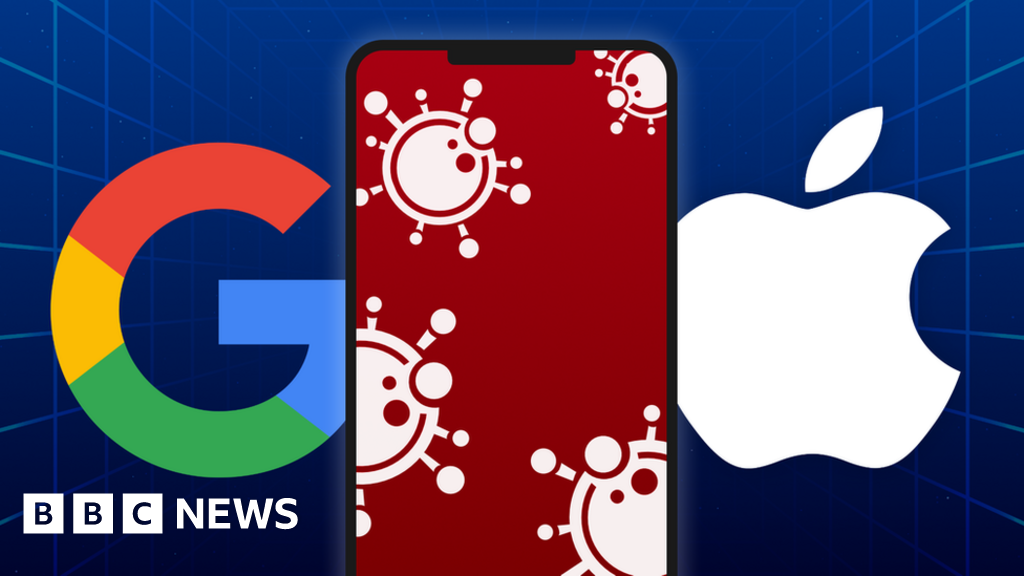 In a major U-turn, the UK is abandoning the underpinnings of its existing coronavirus-tracing app and switching to a model based on technology provided by Apple and Google.

The move comes the day after the BBC revealed that a former Apple executive, Simon Thompson, was taking charge of the late-running project.

The Apple-Google design has been promoted as being more privacy-focused.

However, it means epidemiologists will have access to less data.

And questions remain about whether any smartphone-based system reliant on Bluetooth signals will be accurate enough to be useful.

The UK follows Germany, Italy and Denmark among others in switching from a so-called “centralised” approach to a “decentralised” one.

The government is expected to confirm the news within the hour.

Despite the change, the interface presented to users will remain the same.

Contact-tracing apps are designed to help prevent a second wave of the coronavirus.

They work by logging when two people have been in close proximity to each other for a substantial period of time.

If one of the users is later diagnosed as having the disease, an alert can be sent to others they have recently been close to, telling them that they should also get tested and/or self-isolate.

The UK’s previous “centralised” design carried out the contact-matches on a remote server.

The Apple-Google model carries the process out on the handsets themselves, making it more difficult for the authorities or potentially hackers to de-anonymise the records and use them for other means.

One advantage of the switch is that the NHS Covid-19 app will be able overcome a limitation of iPhones and carry out Bluetooth “handshakes” when the software is running in the background.

Another is that it should be easier to make the app compatible with other countries’ counterparts, which are based on the same system – including the Republic of Ireland and Germany.

Earlier in the week, the European Commission said that France – which had adopted a centralised app – would face challenges in this regard.

Covid: Coronavirus cases in England up 60% in a week

How This Technology Sales Leader Is Guiding Teachers Toward Instructional Enlightenment

How Lifestyle Brand Sugaberry Is Creating A Community For Black Mothers

Aphria: Time To Buy The Dip?

5 Rules For Work At Home Success