Home Entrepreneurs Ayesha Curry Talks Putting People Of Color At The Forefront With Her... 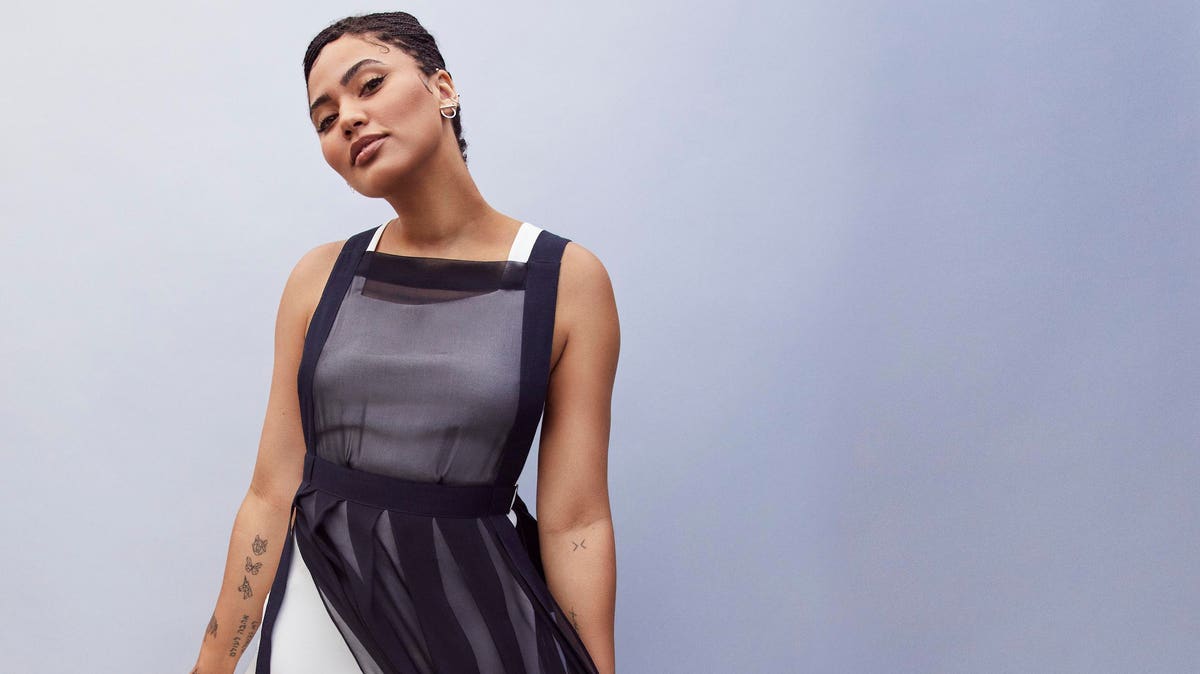 Growing up, Ayesha Curry had a big plan for herself—something she was reminded of recently after coming across a letter she’d written in middle school, tucked away in an old shoe box.

The letter predicted that when she grew up, she’d become Miss America, find a cure for lung cancer and even earn a star on the Hollywood Walk of Fame. “It was like: jack of all trades, master of none, honey” Curry tells Forbes with a laugh. “It was so funny.”

But not all aspects of that note were far fetched. The middle school aged-Curry also predicted that she would open a restaurant and launch a product line—goals that the Forbes 30 Under 30 honoree did in fact go on to accomplish. She currently helms a restaurant franchise, cookbook and wine label as well as cookware and bedding brands that together have generated more than $25 million. And while she’s not starring in major motion pictures to earn her a Walk of Fame spot, she has graced television screens on Food Network and as a former Cover Girl.

Perhaps the biggest manifestation of her middle school dreams was the vow that she’d create “safe spaces.” The mantra is strikingly similar to the aim of Curry’s new lifestyle magazine, Sweet July, which launched under Meredith Corporation in April. The goal of the magazine—named after the month of Curry’s wedding anniversary and when all three of her children were born—is to be a platform for business owners and creatives of color. At a time when the world is rife with racial injustice and inequity, it’s especially good timing.

“It is really hard speaking on the positive things when there’s so much work that needs to be done,” says Curry. “But people need a bright spot right now.”

Luckily, this “bright spot” wasn’t delayed by Covid-19. Despite shelter-in-plate mandates—and the fact that the inaugural magazine wouldn’t be placed in major stores like Barnes and Noble and  Cotsco and hubs like airport terminals—Meredith still decided to move forward with the April 24 launch.

“We’re not looking to do big magazine launches that have millions of subscribers anymore, that’s tough especially in this environment,” says Meredith Magazines President Doug Olson.

Olson praises Curry for having her own “niche” audience that’s distinguishing Sweet July’s voice from similar quarterly print magazines under Meredith like the Property Brothers’ Reveal and Chip and Joanna Gaines’ The Magnolia Journal.

“[Curry] had done some interviews with People Magazine where she talked about how representation matters, and as her girls grow up, how they should see people like themselves in magazines” says Olson. “We just thought from every aspect that this just made so much sense, and we wanted to give her a platform.”

“I hate when people make it seem like they’re just doing it all themselves. It’s not realistic.”

Curry had a full outline of the magazine ready to go before the partnership was even finalized, including a handle on the people and the businesses she wanted to spotlight and a plan to dedicate a bulk of the pages to original recipes and columns written by herself and NBA athlete husband Stephen Curry, her mother and even her 7-year-old daughter, Riley.

“I’ve never seen a magazine that focuses on a Black family lifestyle,” says Curry, “and I wanted to give a positive representation of that.”

When it comes to critics who question Curry’s success—and her husband’s influence in her budding portfolio—Curry responds with an honest answer: “Were doors opened for me because of him? Absolutely. I would be crazy not to admit to that,” she says. “But I had to be the one who walked through them, prove myself and stay in the room to be there. If that wasn’t the case, everybody else would be there, too.”

She also isn’t shy to admit that support, when building a budding brand, is crucial. “I hate when people make it seem like they’re just doing it all themselves,” Curry says. “It’s not realistic.”

In addition to the resources from Meredith’s other magazines like Shape, Curry leans heavily on her five-person team, which she is actively looking to grow. The majority of that team is Black women and she plans to maintain that as it grows. “That’s the voice of the magazine, so that’s what the team needs to be,” she says.

With a growing brand, she’ll need all the help she can get: Curry’s expanding the Sweet July portfolio to comprise additional elements including a brick and mortar store that will open in the “Uptown” neighborhood in Oakland, right near a block that’s known for the array of other people of color- and female-owned businesses that Curry is hoping to collaborate with, including Tanya Holland’s Brown Sugar Kitchen, Sherri McMullen’s McMullen and Brittany Barnes’ Goodbody.

“It’s such a powerful moment in that community,” says Curry. “If I was going to do this, it had to be on that block. I want to make sure I tell all these women’s stories that are doing these amazing things.”

On the shelves of her store, you’ll soon find her new skincare line, also branded under the Sweet July name. For the past six months, she’s been working on these products made from the natural ingredients she grew up watching her Jamaican family—including her mother and grandmother that she says “have the most amazing skin”—routinely incorporate into their skincare regimens.

“It’s something that I wanted to take the utmost precaution with to make sure that we get it right,” she says.

She’s also been busy outside the office. The Eat. Learn. Play. foundation Curry cofounded with husband Stephen Curry has partnered with other food banks and non-profits like José Andrés’ World Central Kitchen as well as the Oakland Unified School District to provide more than 300,000 meals a week to students and families impacted by Covid-19. And more recently, she’s been attending local peaceful protests for racial justice in the San Francisco Bay Area, sometimes with her daughter Riley in tow.

With plans to incorporate this advocacy, and the work of other groups and organizations spearheading similar efforts nationwide in future issues, Curry wants her magazine to be not just entertaining, but also informative, particularly for the Black community. She no doubt has some competition: Sweet July’s content and audience match that of long-standing magazines like Essence and Oprah Magazine with readerships in the millions, not to mention digital and print offerings.

Curry will soon digitize Sweet July, too, and hopes the magazine eventually reaches the status level of its competitors—or, rather, “companions” as she calls them.

“I think it’s so strong to have more of these diverse publications on the shelves, and I think there should be more of us,” says Curry. “That means we’re taking up more space.”

A Class Act – The Pandemic Has Boosted The Profile Of London Edtech But...

Can Saudis Pull A Magic Rabbit From The OPEC Hat To Bolster Oil Prices?

Summary of Conclusions Board of Supervisors conference call – 16 March 2020