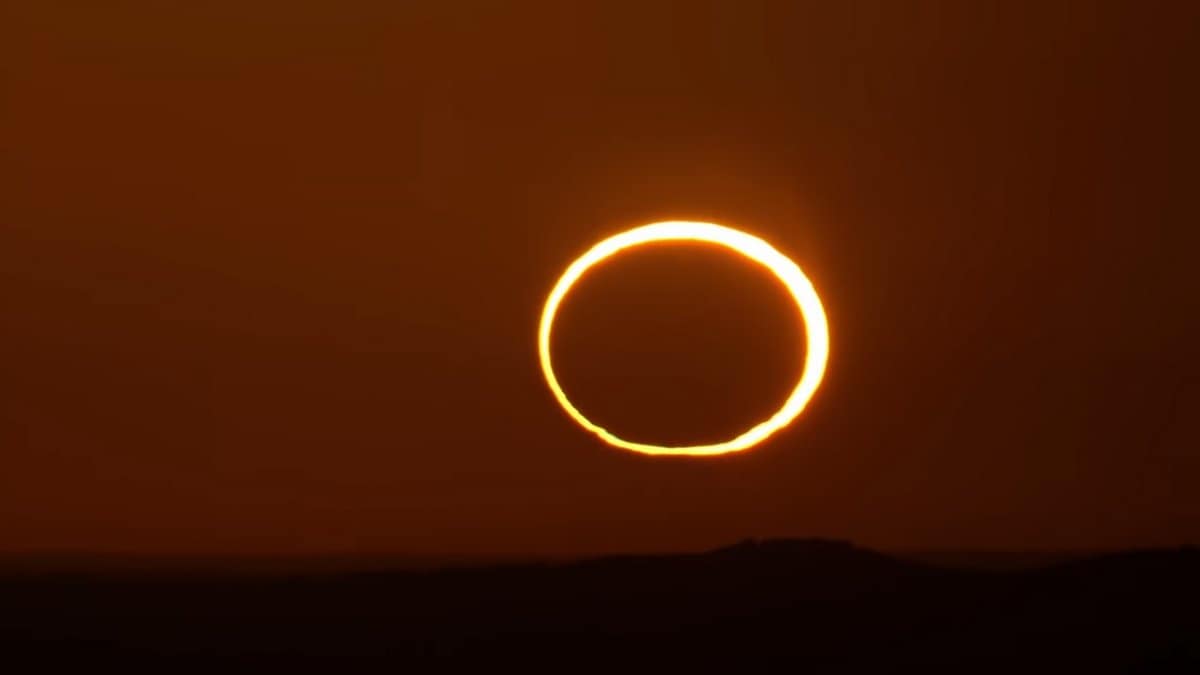 An annular solar eclipse occurs when the Moon is farthest from the Earth, but still between the Earth and the Sun, and blocks most of the Sun. At some point during the eclipse, the Moon will be perfectly aligned in the centre of the Sun, placing the antumbra shadow of the Moon on the Earth and revealing a circle of brightness or “ring of fire” or annular shape (ring shape) of the Sun for us to witness.

According to data by NASA, the Moon will block 99.4 percent of the Sun at its peak and will be visible from Northern India.

According to TimeandDate, the annular solar eclipse of June 21 will be visible from parts of Africa including Central African Republic, Congo, Ethiopia, South of Pakistan, and Northern India, as well as China. It will start at 9:15am IST and will reach its peak at 12:10pm IST. It will end in about 3 hours at 3:04pm. The annular solar eclipse will be visible without any equipment, but it is recommended to use some kind of eye protection.

There are three more eclipse that will happen in 2020.

A penumbral lunar eclipse will take place on July 4-5. A penumbral lunar eclipse (Upchaya Chandra Grahan) occurs when the Earth blocks some of the Sun’s light from directly reaching the Moon and the outer part of the Earth’s shadow, called the ‘penumbra’, covers all or part of the Moon. It is sometimes mistaken as a full Moon as it is harder to spot.

On December 14, the last total solar eclipse of 2020 will occur, and the Moon will come between the Earth and Sun, casting its darkest shadow – the umbra – on the Earth. As the name suggests, the Moon will cover the entire disk of the Sun. The total solar eclipse will be visible from Chile, some parts of Argentina, some regions in South America, South-west Africa, and Antarctica. It will start at 7:03pm IST and end at 9:43pm IST. It will not be visible from India.

This Marketplace Is Over $7 Trillion And Rising—Seven New Products And Services This Consumer...

Statement by the European Commission

Mall Of America Extends A Hand Of Unity To Challenged Local...