Among companies actually benefiting from the global health crisis, e-commerce stocks have come out on top. Moreover, consensus is developing that they will continue to outperform as consumers permanently shift toward online shopping.

Companies that provide e-tail platforms for both buyers and sellers to conduct business online have seen demand for their services skyrocket over a very short period of time as governments around the world imposed lockdowns to curb the spread of COVID-19.

While online sales have long been gaining market share as a percentage of overall retail spending, the trend has accelerated as shutdowns ramped up, forcing brick-and-mortar competitors to close, albeit temporarily for some. Analysts now believe that the higher demand is likely to remain even beyond the pandemic, especially in such categories as groceries.

Below, we’ve short-listed three e-commerce stocks, which, according to some top analysts, still have more upside.

Amazon.com (NASDAQ:) has been the most high-profile winner during the pandemic as consumers rushed to online channels to buy everything from toilet paper to hand sanitizer. As a result of that higher demand, Wall Street has been growing steadily more optimistic about the prospects for Amazon stock. 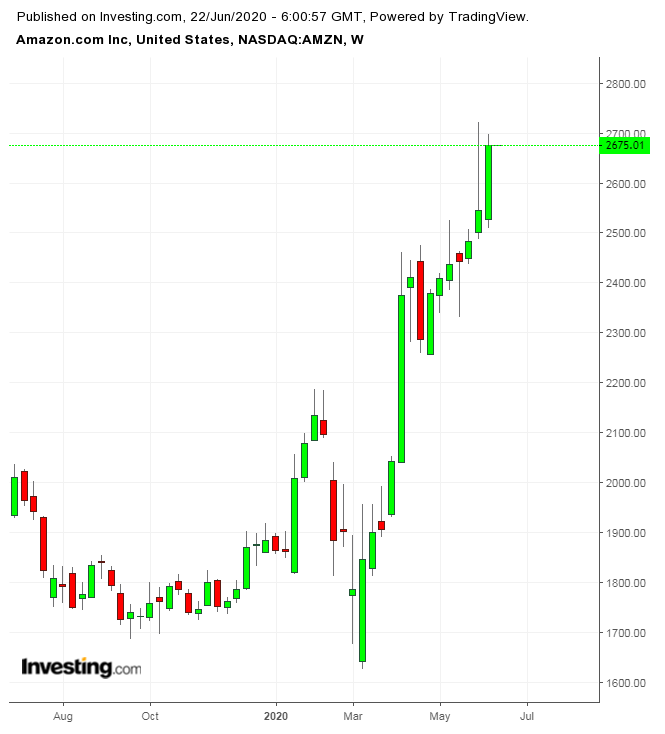 In a recent note, Needham analyst Laura Martin assigned a buy rating to the e-commerce giant along with a $3,200 price target. That signals an upside potential of 20% from its Friday close of $2,675.01.

Over the long-run, Martin sees Amazon shares rallying toward $4,500 to $5,000, based on the company’s “multiple hidden value multipliers,” which she considers to be its market size, ecosystem and revenue diversification.

“We estimate that adding media assets such as Video, Twitch, Music, etc. and groceries to the [Amazon’s] Prime bundle lowers churn, keeps users in the AMZN ecosystem for an extra 3 years, and increases the lifetime value by $3,437 per user,” according to her note carried by CNBC.com.

Analysts at JPMorgan also included Amazon among its top trading ideas, saying that the pandemic was accelerating online purchasing adoption in key categories like grocery and household items, adding that much of this behavior will continue post-crisis.

In a recent note, Barclays analysts said that Amazon is still one of the smartest bets for investors, even after its robust performance so far in 2020 during which the stock has gained more than 40%. “Shares always feel a bit crowded, but in the current environment, we’d rather own AMZN than just about anything else,” the note said.

Canadian e-commerce platform provider Shopify (NYSE:) is emerging as another winner during the pandemic. The Ottawa-based company, which makes tools that enable mainly small businesses to engage in commerce across multiple channels, has gained 121% this year, becoming the most-valued company in Canada. 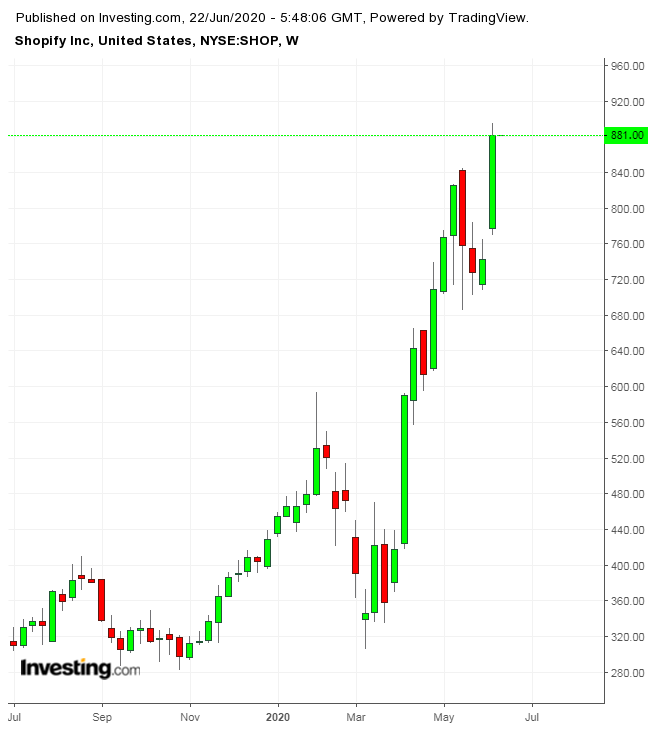 According to RBC Capital analyst Mark Mahaney, SHOP still has more room to run. He’s increased his price target from $825 to $1,000.

“Despite a doubling in its share price, we believe the market still underappreciates three things about SHOP: its TAM [total addressable market], its Take Rate Potential, and its Operating Margin potential…and hence its EPS power” the analyst explained.

One of Shopify’s main strengths is that it offers small- and medium-sized businesses a very effective and cost-efficient way of building a secure online store. The platform handles all the hardware security, data backup and payment processing aspects of the business, freeing merchants to focus purely on their core businesses.

In mid-April, the company’s chief technology officer, Jean-Michel Lemieux,  tweeted that Shopify was handling “Black Friday-level traffic every day” to bring thousands of businesses online. Shares surged after the tweet and have moved higher since.

If you want to look beyond North America, in order to play this trade in emerging markets, then Sea Limited (NYSE:) is a powerful candidate. Sea Ltd.’s Shopee platform is experiencing robust growth in Southeast Asia, a region with more than 500 million potential customers, where the economy is rapidly digitizing. 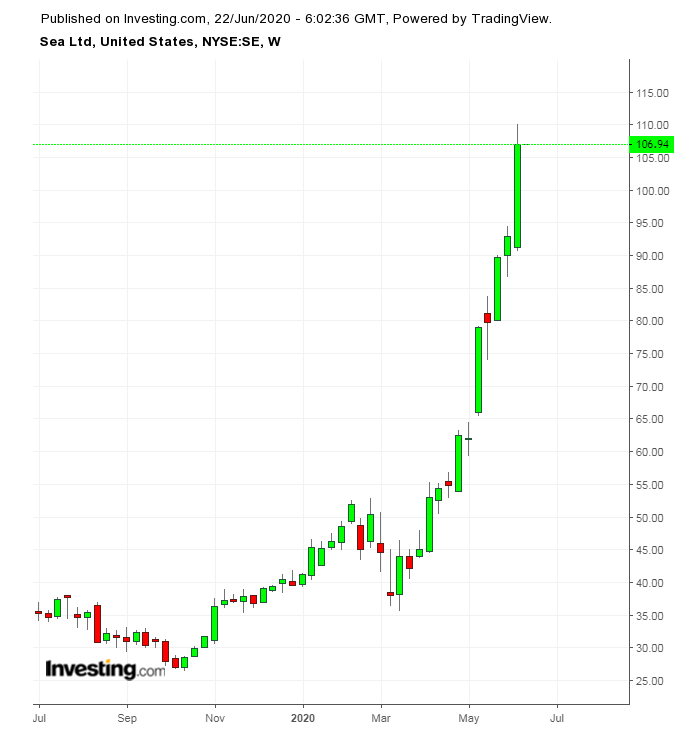 During the first-quarter, Sea reported its 58% year-over-year, while the gross volume for items sold on its e-commerce platform climbed 74%. Quarterly active users grew to 402 million, up 48%, and paying subscribers surged 73% to 36 million.

Riding the e-commerce wave in this pandemic, Sea Ltd.’s NYSE-listed shares have gained more than 160% this year, closing on Friday at $106.94.

26 coordinated arrests in Belgium and France of suspects of a migrant smuggling criminal...

Euro at the Mercy of US-EU Trade Tensions Again. US Dollar...

AUD, NZD May Rise With APAC Stocks Ahead of RBA Rate...