Contracts on the four main US indices—for the , , and the —opened lower on Monday, though at the time of writing they’ve all reversed into positive territory. As well, the NASDAQ’s gap closed.

The World Health Organization reported the biggest one-day jump in COVID-19 cases over the weekend, with more than 183,000 new cases worldwide. Over 30,000 of thoseoccurred in the US, which actually hit that number two days in a row, on Friday and Saturday, the largest daily increase in the viral outbreak since May 1. On Saturday, seven states reported new record numbers. Moreover, Florida and South Carolina posted three straight days of single-day records.

This morning, European shares are struggling, pressured by the across the region. The coronavirus outbreak rate in Germany jumped for a second day, spiking at a 60% increase in just 24 hours. Spain, one of the worst affected countries on the Continent, reopened its borders, which have been shut for 14 weeks, even as a second wave appears to be accelerating.

The fell at the open, dragged lower by a variety of high-profile stocks: Wirecard (DE:), the German fintech company currently that includes 1.9 billion euro ($2.1 billion) of company funds gone missing; Lufthansa (DE:), which is facing a dramatic week as the state negotiates bailout terms for the German airline; and commodity miner and trader Glencore (LON:), now the subject of on suspicion of corruption in the Democratic Republic of the Congo.

Earlier today, most Asian benchmarks finished lower on increased volatility, as confused traders sought direction when China and South Korea both reported a reduction in COVID-19 cases, while the pandemic hit records in other parts of the world.

South Korea’s underperformed, (-0.7%), on disappointing and fears of a second wave, even as it reports lower virus numbers. Australia’s , (+0.03%), was the only major regional index in the green, though just barely.

The yield on the Treasury retreated slightly, after initially advancing, even as equites and US contracts were being sold off. 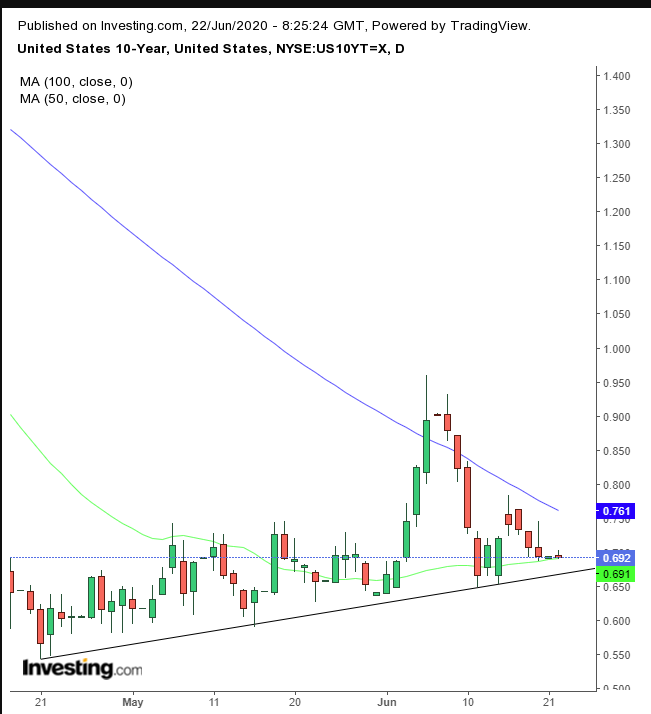 Technically, yields were squeezed between the 100 and 50 DMAs.

The fell, despite the increased demand for Treasurys, perhaps on foreign repatriation. 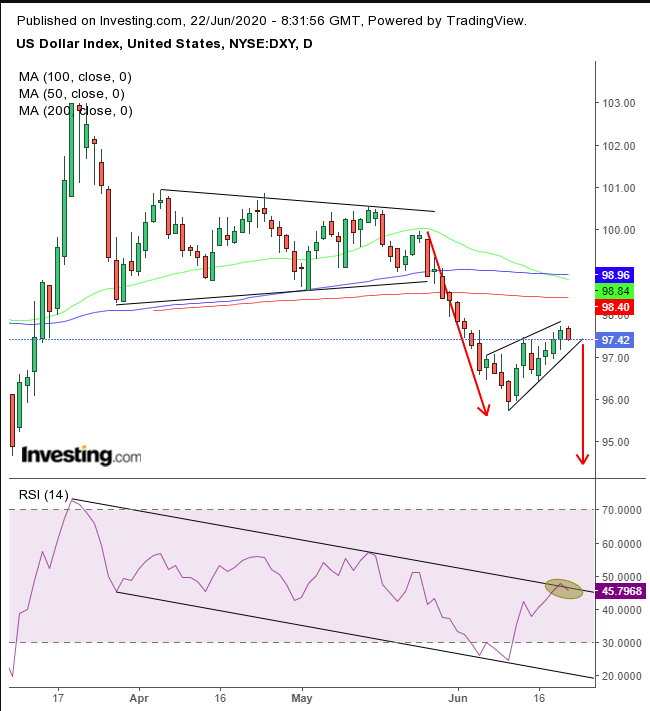 Technically, the dollar has been trading along a rising flag, bearish after the 4% selloff, from May 25-June 13. The RSI found resistance at the top of its falling channel, suggesting prices may follow momentum lower.

The USD, which has recently had something of a , strengthened against the , even though investors have been unwinding positions in equities and US futures. 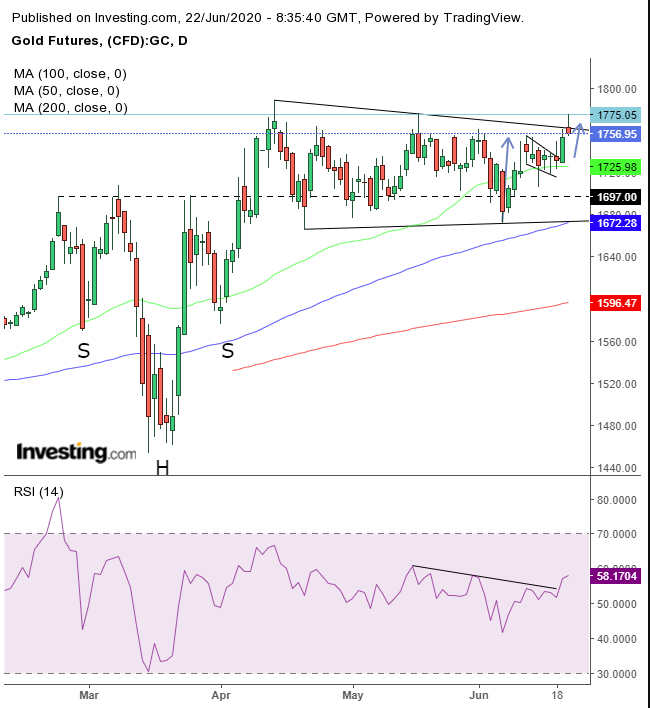 The precious metal temporarily reached its highest level since October 2012, but retreated into a symmetrical triangle. If the yellow metal closes at this price or a little lower it will have formed a shooting star, whose bearish sentiment would be compounded by the resistance of the top of the pattern.

This is the return-fire by bears amid a bullish uprising, to break out of a presumptively bullish pattern. The RSI has already made such a breakout. Gold toward $1800, or even higher.

is flat, lingering below the psychologically significant $40 level. 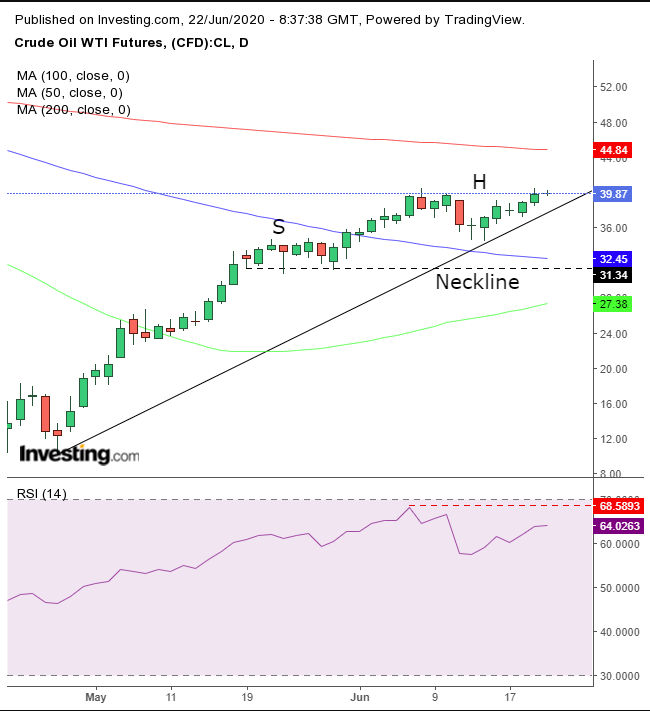 WTI is keeping in play the makings of a H&S top. The RSI provided a negative divergence, bolstering a bearish scenario.

Home-Builder Confidence Rebounds in May From Historic Decline as Industry Grows Optimistic About Post-Pandemic...

Questions and Answers on Youth Employment Support: a bridge to jobs...