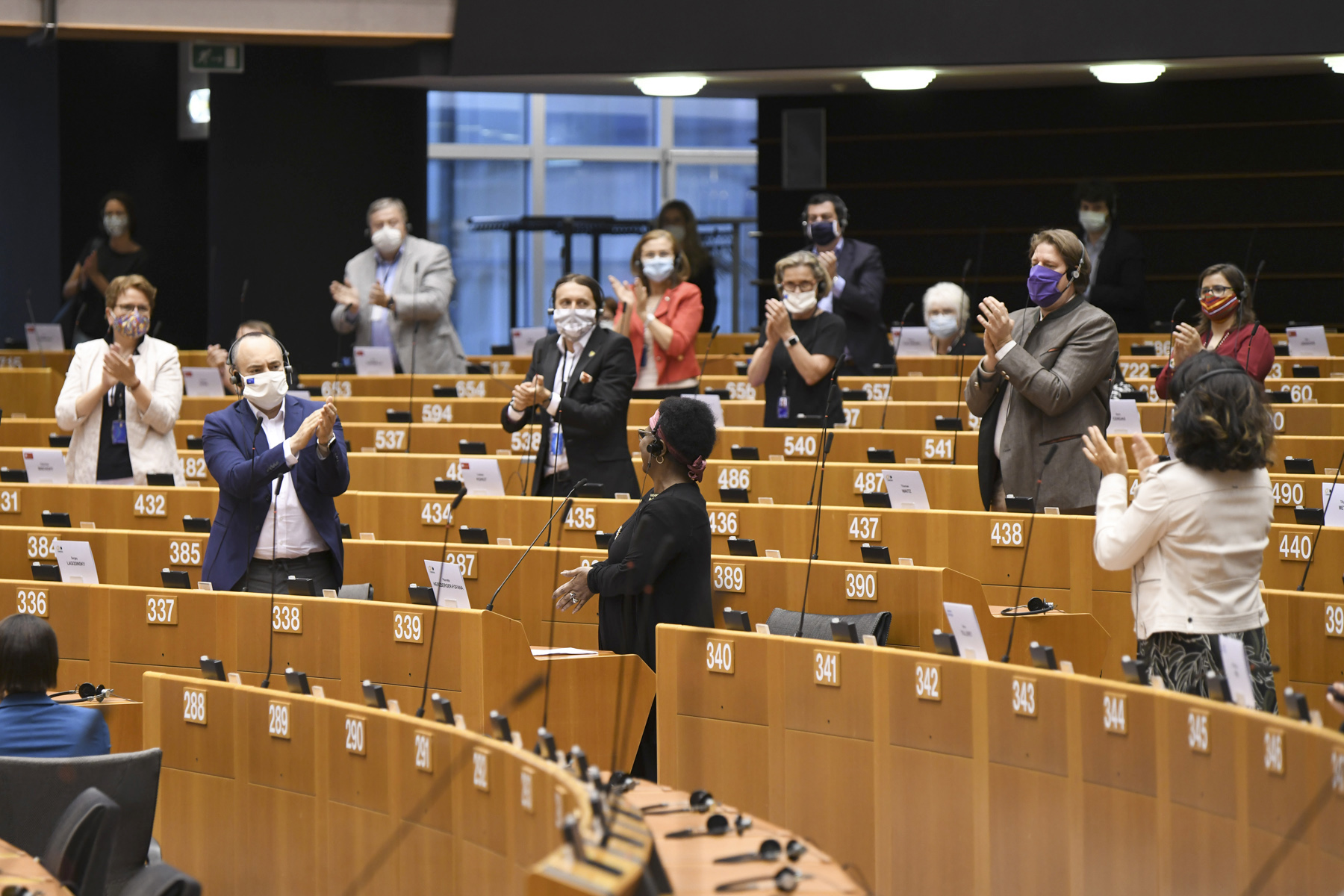 At the start of the session, MEPs condemned discrimination and police violence during a debate about the protests that have swept the US and EU following the killing of George Floyd. In a resolution Parliament called for more diversity within police forces.

In a resolution on future EU-UK relations, MEPs expressed regret that no real progress has been achieved in the negotiations and said they will not back a deal at any cost.

In a debate on Wednesday, MEPs called on EU leaders to find agreement on the EU’s long-term budget as soon as possible and said the European Commission’s proposal on the recovery package is the bare minimum that Parliament can accept.

MEPs discussed ways to lift border controls and travel restrictions in the Schengen zone and demanded a swift reopening of the EU’s internal borders and the re-establishment of free movement in a resolution on Friday. (TBD)

MEPs called for the Conference on the Future of Europe to take place as soon as possible in autumn 2020 and urged the Council to come forward with a position on the format and organisation of the conference. MEPs also emphasised that people’s voices should be at the heart of the discussions.

Help for the tourism sector

MEPs insist on a strong and coordinated approach to lift travel restrictions and to safely and gradually re-establish transport and tourism activities, while ensuring the protection of public health.

Banks will benefit from more flexible rules on capital requirements allowing them to keep lending to companies and people through the crisis as MEPs adopted changes to the legislation on Thursday.

New rules determining which economic activity is environmentally sustainable were approved on Thursday with the aim of boosting the market for green investments.

MEPs discussed plans to protect European companies weakened by the Covid-19 crisis from foreign takeovers with the Commission on Wednesday.

During the Covid-19 crisis disinformation campaigns have posed new challenges to democracy and fundamental rights across the world, MEPs said in a debate on Thursday morning calling for the EU to step up and act as a global leader in tackling the threats.

On 19 June Parliament agreed to set up new special committees on cancer, foreign interference in the EU democratic process and artificial intelligence as well as an inquiry committee on animal transport and a permanent subcommittee on tax matters under the economic and monetary affairs committee.

Massive Asteroid to Zip Past Earth Tomorrow, NASA Says ‘It Poses No Threat’