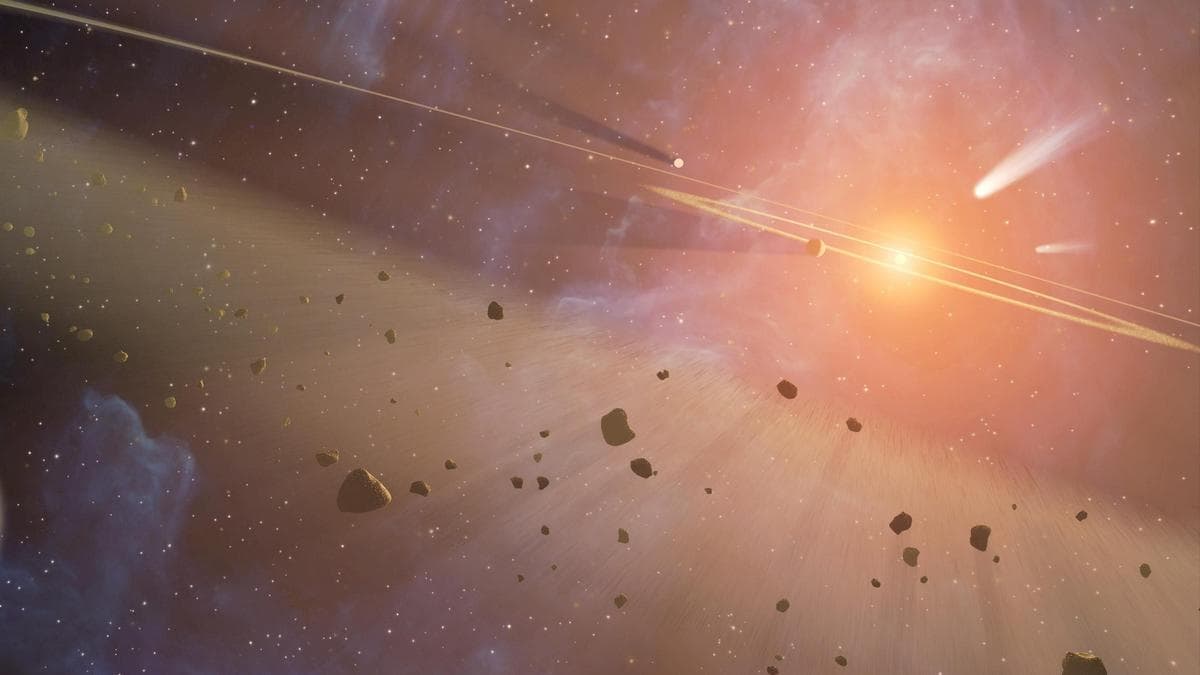 Asteroids, like the planets, revolve around the Sun in our Solar System. They have been known to be a part of the Solar System since their origin. But for the first time ever, researchers have found a group of asteroids that originated from outside our Solar System. These interstellar asteroids are thought to have been captured from other stars billions of years ago. Since then, these asteroids have been revolving around the Sun while not being noticed as a body that was originally alien to our stellar world.

In a study published in Monthly Notices of the Royal Astronomical Society, Dr Fathi Namouni and Dr Maria Helena Morais ran numerical simulations to back in time to understand the origin of the asteroids. Through the simulations, the researchers were able to get a snapshot of the initial days of the Solar System. The asteroids were revolving around the Sun beyond the Solar System disc. Their movement was also perpendicular to the orbit plane of other planets and asteroids. These findings suggest that asteroids do not belong to our Solar System and, in fact, got sucked in from the interstellar medium.

However, this is not the first time an interstellar asteroid has been discovered. In 2017, a mysterious cigar-shaped object called Oumuamua raised the curiosity of the space-watchers. This object had sailed into our Solar System to go to another one, unlike the newly found asteroids that are a part of the Solar System almost since its formation.

These asteroids are believed to have been present in a star cluster where every star had their planets and asteroids. “The close proximity of the stars meant that they felt each other’s gravity much more strongly in those early days than they do today. This enabled asteroids to be pulled from one star system to another,” Dr Fathi Namouni explained.

A total of 19 such asteroids have been identified that are a part of a group of asteroids called Centaurs. These asteroids orbit in the region between the four outer planets. With this discovery, astronomers and researchers will be able to better understand the characteristics of foreign-origin asteroids.

“This population will give us clues about the Sun’s early birth cluster, how interstellar asteroid capture occurred, and the role that interstellar matter had in chemically enriching the Solar System and shaping its evolution,” Dr Maria Helena Morais said.

Will This Program Stop a Wave of Struggling Renters From Being Evicted?

ESMA publishes translations for Guidelines on the reporting to competent authorities under Article 37...

Coronavirus: Why have cases spiked in Corby?

Joint RTS on amendments to the bilateral margin requirements under EMIR...