Home Entrepreneurs Google Mapped The Internet – Brightseed Is Mapping The Hidden Connection Between... 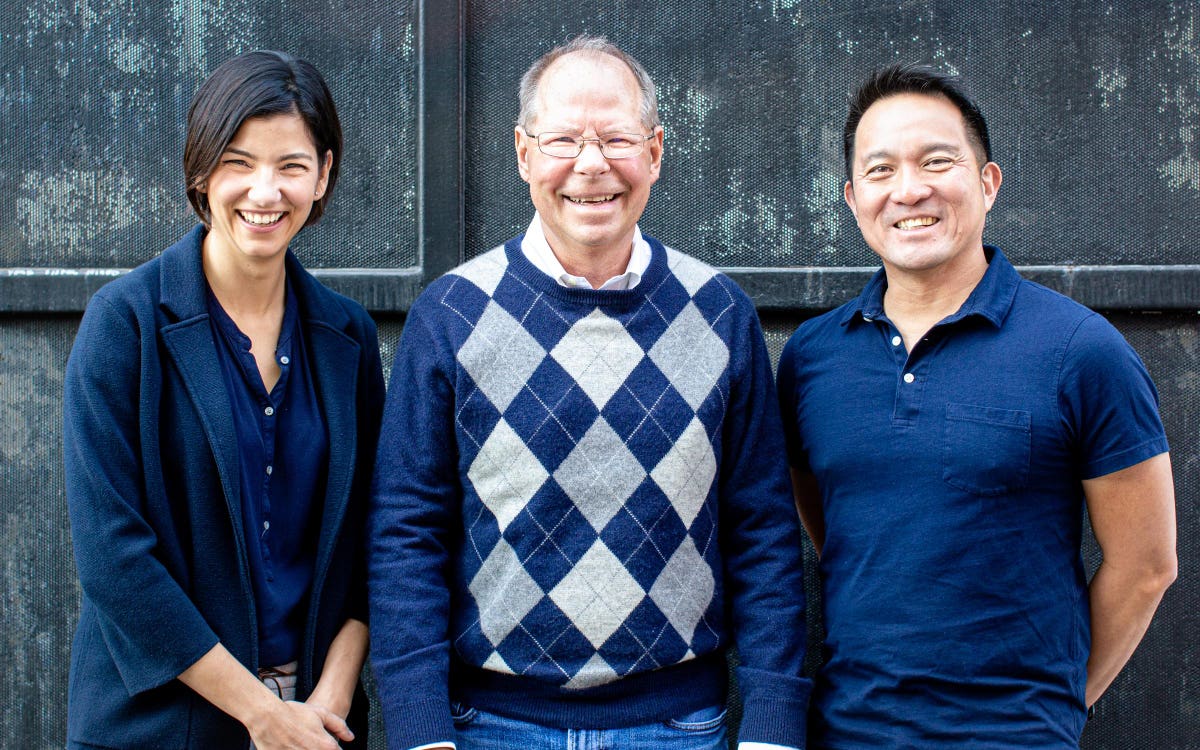 Just as Google indexed the internet, Brightseed is in the early stages of indexing the plant kingdom’s molecular structures in order to uncover previously unknown compounds that offer humans (and other animal species) health benefits.

Humankind has long known that a diet rich in plant-based food leads to better health and vitality. In most instances, our belief has been anecdotal, such as, “blueberries are good for us,” without a deep understanding as to why or how we can optimize plants’ wellness benefits.

Our knowledge gap is at the molecular level. Scientists don’t yet understand the breadth of the plant world’s phytonutrients – molecules with anti-inflammatory, cardioprotective and neuroprotective properties. Lycopene, found in tomatoes and known to promote heart health, is one such example. To date, only about one percent of plant-based phytonutrients have been studied in depth. Founded in 2017, Brightseed aims to close science’s phytonutrient knowledge gap while significantly accelerating the discovery of new phytonutrients.

As a layperson, I assumed that mapping the genome of a plant would be less complicated than a comparable analysis of a human’s DNA. Wrong. In fact, some plants’ genomes are eight times the size of the human genome.

Precision Nutrition Is Around The Corner

In June 2020, the World Economic Forum named Brightseed one of its 2020 Technology Pioneers, a distinction it bestows on companies shaping the future via their emerging technologies.

Major food and beverage companies are taking notice. European-based Danone recently partnered with Brightseed to advance the discovery of phytonutrients and the exploration of plant-based nutrition in existing supply chains.

(Note:The Brightseed Co-founders’ remarks have been lightly edited for brevity and readability.)

John Greathouse: Hello Team Brightseed – it’s great to speak with all three of you. Let’s start at the beginning – the company’s origin story. How did Brightseed come to be?

Lee Chae, Ph.D. & CTO: I grew up in the central valley in California, which provides much of the produce for the rest of the country. Over the years I saw environmental degradation happening in real time and grew increasingly concerned about what changing conditions would do to food production and to the natural world.

I completed my degree at Berkeley at a time when gene sequencing was developing rapidly, and I trained at the bench in molecular biology and in computational quantitative methods. At Stanford, I developed programs to help us develop deeper knowledge of plants, using these approaches. My background is steeped in ancient plant life and modern ways to understand what plants provide us, which is what we are now doing at Brightseed.

Jim Flatt, Ph.D. & CEO: The three of us came together to found Brightseed in 2017. Prior to Brightseed, we worked together at a plant protein company. Many brands were starting to address the opportunity for sustainable plant-based proteins, and we realized another critical innovation area was health. Specifically, we were all interested in the connections between plants and humans, but from our different academic and commercial perspectives.

Sofia Elizondo, COO: Jim, Lee, and I worked really well as a trio and we wanted to continue to work together in the future. We all had a similar understanding of the problem we wanted to solve and had different, yet complementary ways of tackling it. Importantly, we also shared the conviction that the natural world had untapped solutions for healthier, happier people. We had a history of working together quite successfully and having fun while doing it. It was time to take the leap.

Greathouse: Making the startup leap is never easy, but it’s a bit more comfortable when you do it with a trusted co-founder, or two. I’ve seen the toll ventures can take on solitary founders – the feeling of isolation can be brutal.

Like Apeel Sciences and Spero Renewables, you’re among a cohort of emerging entrepreneurs leveraging nature to solve some of the world’s most pressing problems. Please share Brightseed’s mission and how you’ve already begun to change the world.

Elizondo: We unlock the gifts hidden in nature to power human health and wellness. We’ve long known plant-based foods are beneficial, but in general we don’t consume enough of them or know enough about how they work to measurably and specifically improve our health. With Brightseed’s AI and machine learning capabilities, we are entering a groundbreaking new era of plant discovery and precision nutrition.

Chae: Building on what Sofia said, we’re really getting to know plants better than at any prior point in human history. Phytonutrients in plants provide antioxidant, anti-inflammatory, and other important health benefits. Two-thirds of small-molecule medicines are originally derived from natural compounds found in plants, bacteria, and fungi. What’s fascinating is that we actually know very little about the small molecules in plants specifically, and how they tangibly impact our health.

Flatt: Which is why we’ve built the first artificial intelligence that connects plants and humans at the molecular level. Using AI, we’re mapping all the phytonutrients on earth and predicting which are bioactive in our bodies – which have tangible health benefits.

Greathouse: I’m always a fan of diverse founding teams. Each of you brings something unique to the venture. How have your respective strengths and shortcomings meshed and how have your roles evolved, over time.

Elizondo: We embody unique, yet complementary skills and we share a sense of optimism and drive to succeed. Lee is world-leading computational and plant biologist and provides the technical foundation for the company. I bring a business and business strategy background – I was focused on business model innovation while at Boston Consulting Group. Jim has a track record of translating new technologies and discoveries to commercially-successful products.

Flatt: Since our domains of expertise and leadership are relatively clear, I’ve come to appreciate over time what each member of this team brings to the table. Sofia amongst us is unparalleled in her ability to take really complex ideas and translate them to different audiences across the private sector. And Lee, similarly, is able to distill complex ideas and problems to their essence, which helps us to arrive at clear, good answers to technical or business questions.

Greathouse: If each of you could have one “do over,” what would do differently with respect to any aspect of Brightseed? From the company’s launch to yesterday – what would you change?

Elizondo: I would have celebrated wins with our team more often, keeping the bigger picture of what we are doing in mind. Brightseed is moving the needle on health for populations that need it the most. We work hard because it matters.

Flatt: I would have invested earlier in recruiting our commercial team, especially related to business development and brand. Now more than ever, I appreciate the value of our partners, who play a critical role in getting our products to market with consumer-facing credibility.

Chae: Perhaps build up some aspects of our lab capabilities sooner. We tend to move at a fast pace and sometimes bump up against a threshold of needing to generate more data, quickly.

Greathouse: It makes sense to me that AI can be used to uncover plant-based nutrients with potential health applications – but hasn’t this approach been applied by big pharma for years, without yet fulfilling its initial promise? I’m probably missing something, but how is your discovery platform different from pharma’s use of AI driven research efforts?

Chae: Artificial intelligence is a powerful tool for sifting through data and gaining insight. Plants are a complex system. Humans are complex systems. Food is a complex system. We’re trying to overlay these three systems to find signaling. So, what better application than AI for that?

On a molecular level, the approach that we’re taking has a lot of similarity to pharma. We’re looking at biological theory and principles just as you would in pharma drug discovery. But our hypothesis is different. We evolved around our diet for a reason. Our diet was mostly composed of plants, and we believe there’s a much deeper complexity in plants and their health benefits when you get to them at a deeper level. Pharma looks for chemical compounds and then synthesizes them. What we’re doing is screening for the plant molecules that promote health.

Greathouse: Got it. It seems the two approaches are complimentary, rather than competitive.

Flatt: Correct. The two worlds of food and pharma will work together in the future. Modern medicine has traditionally played a role in treating acute disease and managing chronic diseases while healthy food can play a central role in proactive health.

The pharmaceutical paradigm has been the administration of one potent drug compound to act on one biological process in order to treat a health condition. The nutrition paradigm centers on the concerted action of a number of bioactive phytonutrients on multiple biological processes to maintain wellness and improve long-term health. There is a growing recognition that many of these challenging chronic health conditions will require a combination of approaches.

We envision a future in which personalized nutrition, driven by growing knowledge of human biology and the AI-enabled identification of the roles that edible plant nutrients play in health, can keep people healthier longer. Advanced medicine will always be necessary to treat conditions that nutrition and lifestyle more generally can’t completely prevent. But therapeutics should be the last resort for improving health. Brightseed’s discoveries can work in concert with pharma. It’s a continuum from health to risk to disease. And we’re going to need all solutions along that continuum to get the best outcome, in a cost-effective manner.

Greathouse: The food supply chain is one of the most complex ecosystems on the planet. What do you envision as Brightseed’s ideal positioning in three to five years?

Elizondo: In addition, we’ll understand at the molecular level what really happens in our bodies when we eat certain things that contain these phytonutrients, and how that is linked to desirable health outcomes.

Flatt: Ultimately, we’ll have helped to shift the healthcare model from one of treatment of disease to promotion of resilience, naturally.

How To Stop Overthinking And Get More Done

Fashion With The Future In Mind

Chart Of The Day: The Demand Force May No Longer Be With Disney Shares

Pressure to Continue for HS50 Stocks

Week Ahead: Investor Optimism To Drive Stocks Up Even As Grim Data Continues

The page you are trying to view does not exist. Please use the menu or the search engine to...

Coronavirus: Airborne transmission cannot be ruled out, WHO says

The economic crisis resulting from the COVID-19 pandemic is a crisis like no other. It is unprecedented in terms of the global and...

Coronavirus: What is a vaccine and how is one made?

Coronavirus: Airborne transmission cannot be ruled out, WHO says