It seems counterintuitive. Why get excited about stocks linked to the housing market when millions of people are out of work and worries are increasing that a second wave of the coronavirus is coming?

But like other things about this COVID-plagued economy that have surprised investors, strength in some pockets of the real estate market is completely unexpected. Home prices in the US are rising and demand for mortgages is surging—even with the near record highs.

According to a Mortgage Bankers Association seasonally-adjusted index, applications for new loans have increased for nine straight weeks. They’re now at the highest level since late January, just shy of a 12-year record.

Mortgage lending hasn’t been this profitable this early in the year since 2013, according to the Association’s data. Margins averaged about 61 basis points per loan made from January to March, nearly double the first quarter average dating to 2008, said Marina Walsh, MBA’s vice president of industry analysis in a Bloomberg report.

Mr. Cooper Group (NASDAQ:), one of the industry’s biggest companies, told investors on May 28 that its margins this quarter could be 3%, more than triple its rate last year. 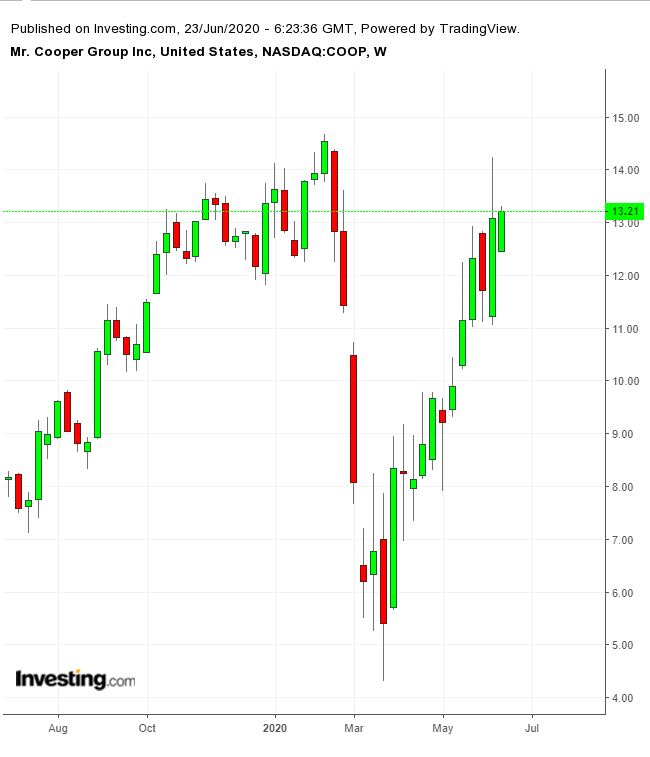 The company’s share price, after recovering from the March dip, is now close to its one year high of $14.68. It closed yesterday at $13.21.

One obvious explanation for this hyper activity in the mortgage market: extremely low interest rates after the Fed’s to help the economy recover from the recession. With the average rate for a 30-year mortgage falling to 3.2%, some borrowers want to refinance. Still others see the low rates as a good reason to enter the housing market now.

Along with low rates there are additional, new catalysts emerging as people begin to change their work expectations and living standards in response to the COVID-19 pandemic. The crisis has accelerated trends in American housing that were already underway, including the expansion of single-family homes, according to a report by Morgan Stanley about life after the pandemic.

The report recommends buying Invitation Homes (NYSE:), a Dallas, Texas-based REIT that specializes in leasing single family houses. The real estate investment trust is known for its high-quality assets, and according to Morgan Stanley can beat the performance of REITs that handle apartments.

During its earnings report, Invitation Homes said its rent collection rate in April was over 95% of its historical average. As well, fewer than 2% of residents elected to defer a portion of their rent for that month. 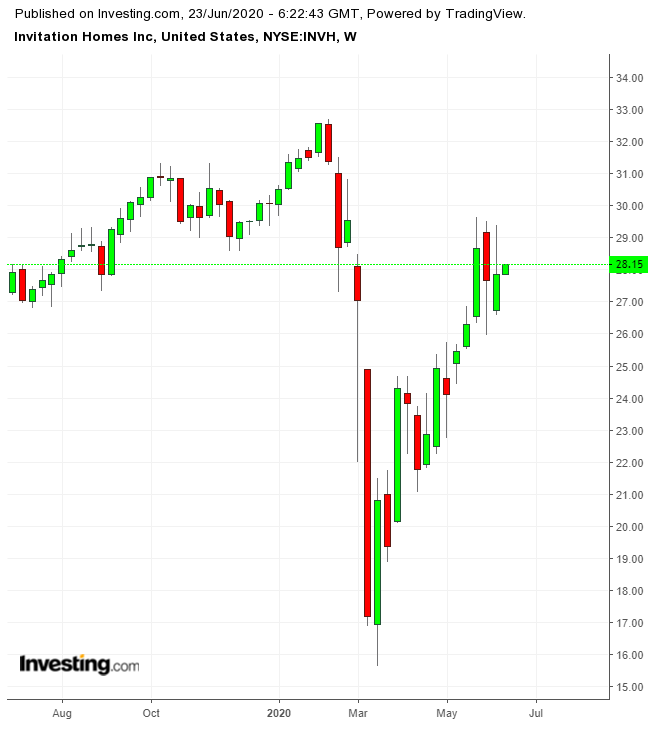 Shares of the company have gained 62% during the past three months. The stock closed ast $28.15 on Monday.

Another housing-linked stock riding this wave is Lowe’s (NYSE:), the country’s No. 2 home improvement retailer.  The international chain is benefiting from increased demand for its products as workers shelter in place rather than commute to offices, turning to home renovations to facilitate additional needs. 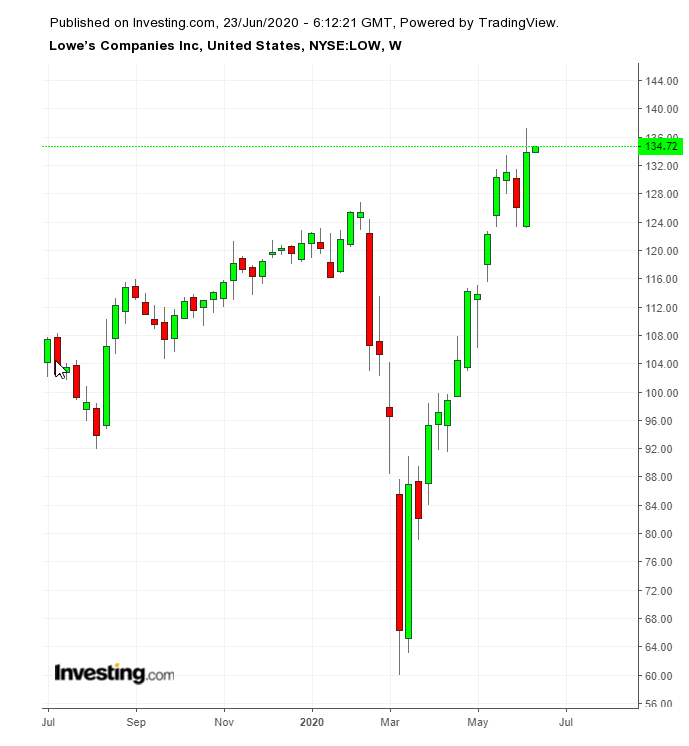 LOW shares have more than doubled in the past three months. The stock closed at $134.72 on Monday.

But amid these shifting trends, which have boosted a variety of companies, there are some losers as well. The pandemic has forced malls, restaurants and offices to close, sending consumers to online shopping platforms and forcing employees to work remotely.

Many companies have discovered that working from home can be a viable option for a significant percentage of employees, delivering cost savings by eliminating the need for office space for some workers. 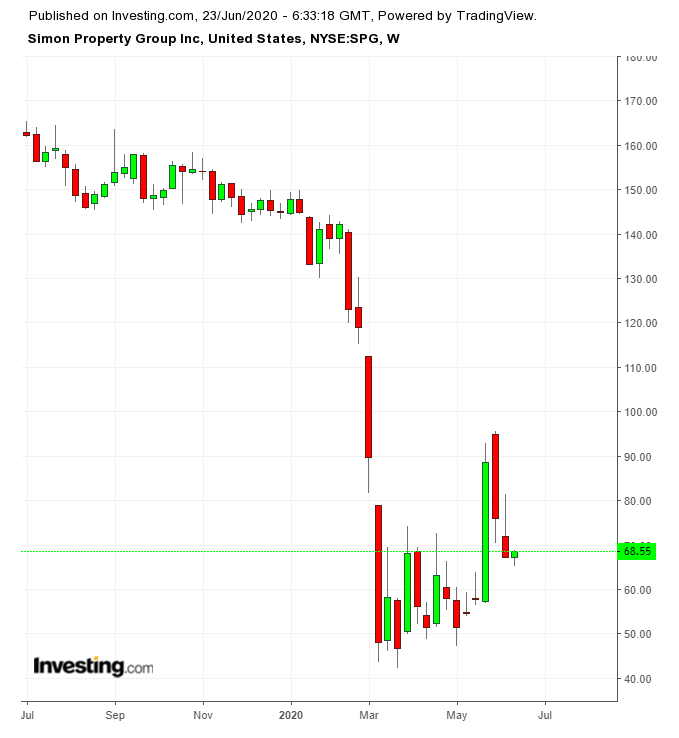 Simon Property Group (NYSE:), America’s largest mall operator, has seen its stock plunge about 60% this year, as stores struggled to pay rent with some filing for bankruptcy.

One of Wall Street’s most successful investors, billionaire Carl Icahn, said in recent media interviews that his biggest trade right now is a multibillion dollar short position against the commercial real estate market. “You’re going to have this blow up, too, and nobody’s even looking at it,” Icahn told CNBC in a recent interview.

Low interest rates and changing living and working patterns are boosting the value of a variety of real estate-related stocks. Some of the biggest beneficiaries are home improvement outlets, such as Lowe’s and Home Depot (NYSE:) as well as mortgage lenders.

With Volatility Rising, What Else Might This Year Of Precious Metals Bring?

Spring 2020 Economic Forecast: A deep and uneven recession, an uncertain...

UAE to Make History With Launch of Mars Probe