Contracts on the major US indices—the , , and —initially opened higher on Tuesday, but slumped after the Trump administration’s trade advisor, Peter Navarro the trade deal with China was “over.” However, when a tweet from the US president later confirmed that the Phase 1 Sino-US trade pact was “fully intact,” US futures and global shares rallied in relief.

Though the dollar initially jumped after Navarro’s comments, it’s currently slipping. And oil and gold are trading higher.

Still, trade fears continue, even after Donald Trump’s tweet calmed whipsawing markets. Though he may have assured markets that the deal remains in place, he still felt the need to express the hope that China will honor it.

This morning advanced, with 18 out of 19 industry sectors in positive territory, largely due to better than expected regional PMI prints. and and manufacturing data were all stronger than anticipated.

Yesterday, American markets gained, disregarding a real possibility of a second wave of the coronavirus in the country as well as globally. The added over 1%. Adobe (NASDAQ:), Amazon (NASDAQ:) and Square (NYSE:) each posted new all-time highs. 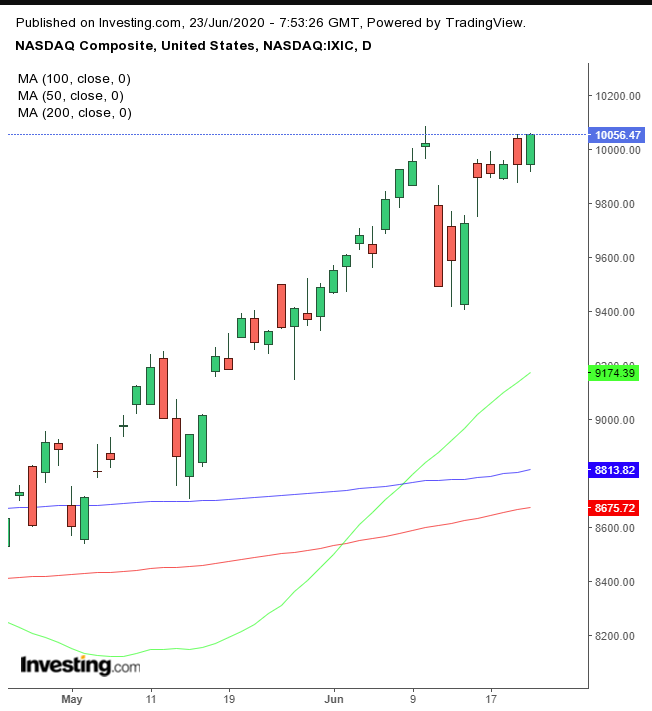 The rose for a seventh straight day, its longest rally of the year. The tech-heavy index also posted a new record close.

The lagged. Some sectors are still out of favor as the COVID-19 spike continues to weigh on such segments as travel, cyclicals and bricks-and-mortar retailers.

Yields, including for the US Treasury note, were flat, as was the at yesterday’s close. 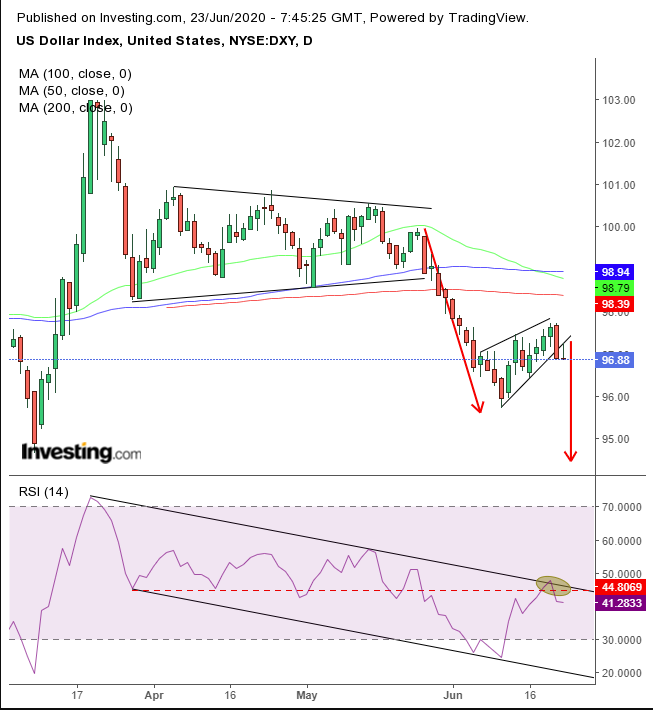 Technically, the USD completed a rising flag, bearish following the preceding decline. Deutche Bank warned that with coronavirus cases continuing to escalate in the US, the dollar’s position as a safe haven asset could decline. Yale senior fellow and former Morgan Stanley Asia chair Stephen Roach agrees and adds the plunge could happen at “warp speed.” 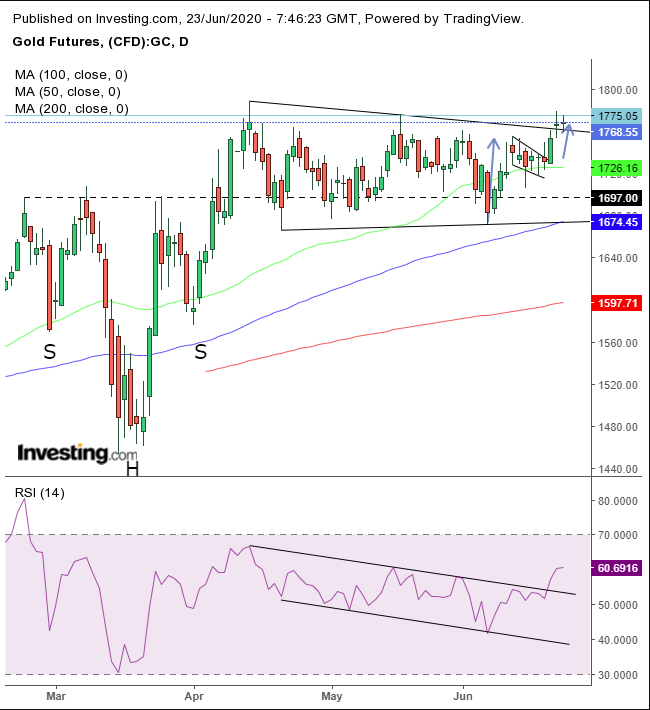 remains above a range for the second straight day, suggesting higher prices ahead.

advanced at the open, fell sharply with the trade uncertainty, then jumped back to the opening price after the situation was clarified. 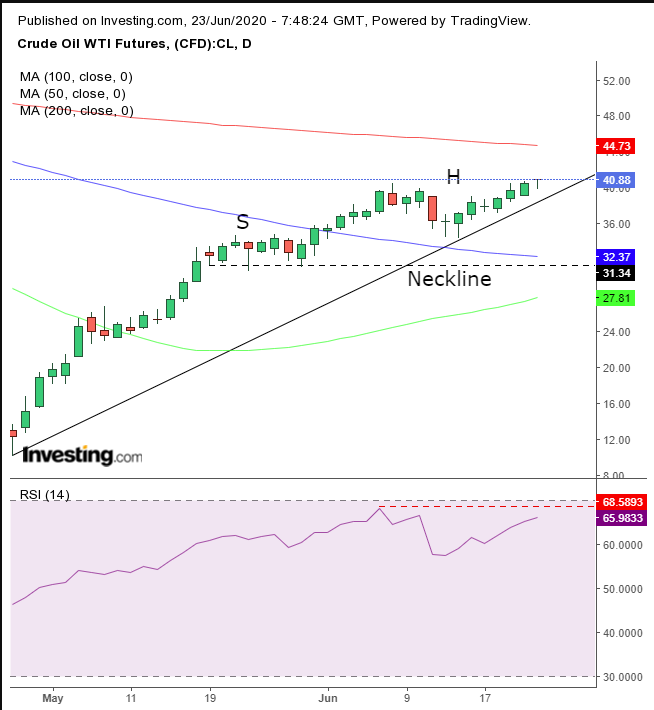 Technically, the RSI provides a negative divergence, as it failed to climb along with prices, which might be setting up a H&S top.

The Dollar Index was little changed.

Coronavirus: How can I overcome my anxiety?