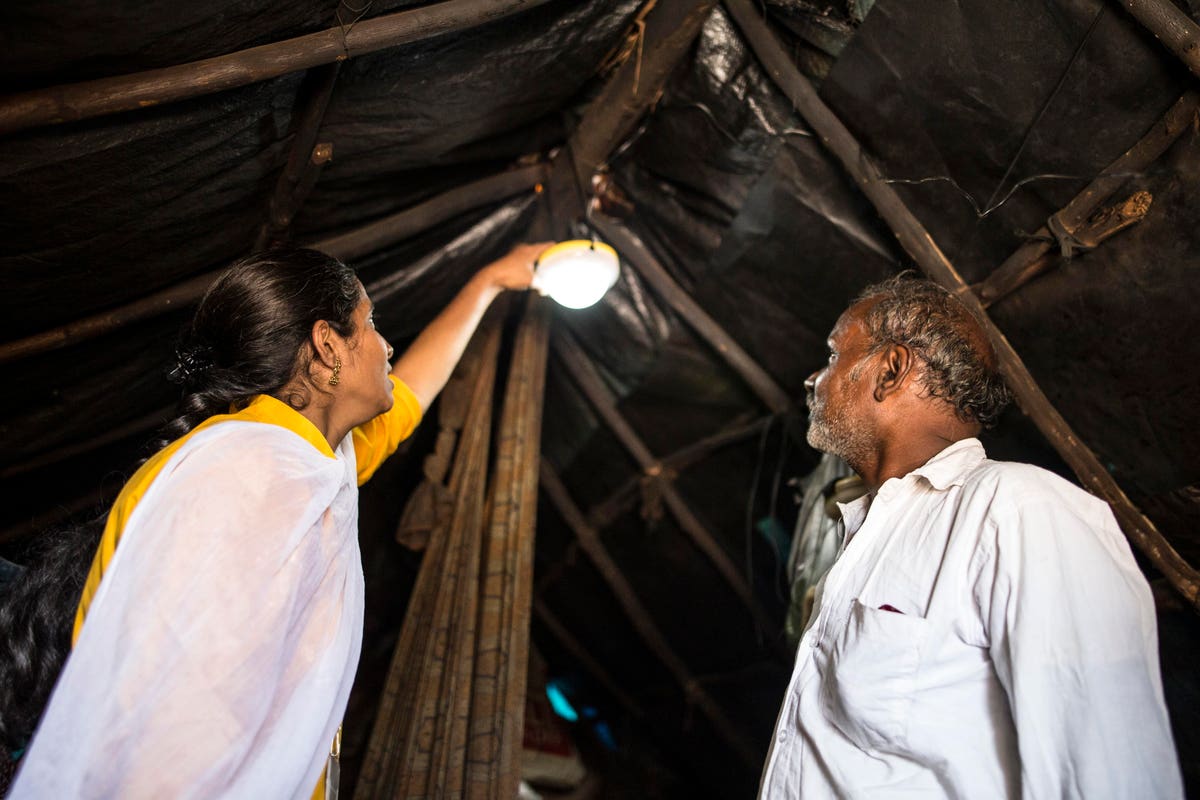 Back in March and April, the folks at the Pollinate Group were in a state of emergency, like most small businesses around the world. For the past seven years, the Melbourne, Australia-based enterprise had trained and developed women in poor areas in India and Nepal, teaching them the skills needed to sell solar lights, clean cookstoves and other products likely to improve community members’ quality of life. But when Covid-19 hit, the impact was devastating to those local economies, as well as residents’ health. Plus, the company had to pull staff from the field, stopping sales dead in their tracks.

Realizing that the communities they served had an urgent need for essentials, Pollinate started working with NGOs in the area to distribute food to almost 15,000 people. But with no sales coming in and the company now entirely dependent on grants, what was the right next step? “We were at a bit of a loss,” says Biheng Zhang, director of philanthropy. “Distributing food is not our core business.”

Then in late April, the company heard from Santa Clara University’s Miller Center for Entrepreneurship, which runs a long-standing accelerator program Pollinate staff members had attended four years before. The upshot: Zhang and others took part in an emergency Covid program developed for alumni, spending an intensive three weeks working virtually with two mentors who helped them develop a plan. During that time, the company also received a $100,000 loan from the Truss Fund, a new emergency loan fund created by Miller and impact lender Beneficial Returns.

Pollinate is one of a handful of enterprises that have received funding from the fund so far. Launched in May, it aims to administer $1 million to alumni of Miller’s Global Social Benefit Institute, a network of more than 1,000 social enterprises around the world. Along with the fund, Miller also developed a series of other programs at lightening speed to help entrepreneurs cope.

Miller decided to start the fund after surveying alumni to pinpoint the problems they were facing in the wake of Covid-19, according to Pamela Roussos, Miller’s chief community officer. Number one on the list was funding. Since Miller lacked expertise in that area, it reached out to Beneficial Returns to help put together and manage the fund. Time from idea to getting loans out the door: about six weeks.

Miller also quickly put together seven webinars to address other urgent topics, such as cash flow management and managing employees. While more than 70 alumni attended, the sessions were also recorded and made available to anyone on the web site. Plus Miller created one-pagers—what Roussos calls “CliffsNotes versions”—to provide a quick summary.

Zhang and her colleagues benefited from another initiative, called the Crisis Business Plan Program, which connected alumni with mentors. Over a three-week period, they met two to three times a week to think through the issues facing them, how to manage through the crisis and communicate all that to their boards and others. “This was a crisis, so the process had to be very intense,” says Roussos. A total of 17 enterprises went through the program’s pilot.

For Zhang, the most valuable result was the game plan they created.  “We had so much to deal with in the crisis,” she says. “We were able to think 30 days ahead, 60 days ahead, 90 days.”  And they developed several initiatives—for example, a plan to accelerate a move to cashless transactions. Instead of the usual daily trips by staff members to collect cash from entrepreneurs, the women will be able to deposit the money at a local bank, using an app not only to log those transactions, but also to analyze metrics like margins and sales increases or decreases. As for the $100,000 loan, according to Zhang, part of that will help the company avoid layoffs.

Will Oil Bears Take Crude Below $35?

Do you need to speak to the examiner dealing with your file?

Should You Start More Than One Startup At The Same Time?

Update from the Executive Director of EUIPO

Ten Ways To Successfully Incorporate Philanthropy Into Your Company Culture