US futures for the , , and , along with European shares, fell on Wednesday, as mercurial market sentiment flipped, moving away from yesterday’s euphoria on stronger-than–expected economic data to today’s of a global second wave of the COVID-19 pandemic.

Earlier, contracts on the S&P 500 Index opened lower, but traders briefly collected themselves and managed to push prices into positive territory albeit temporarily. As of this writing all US futures have extended their declines. 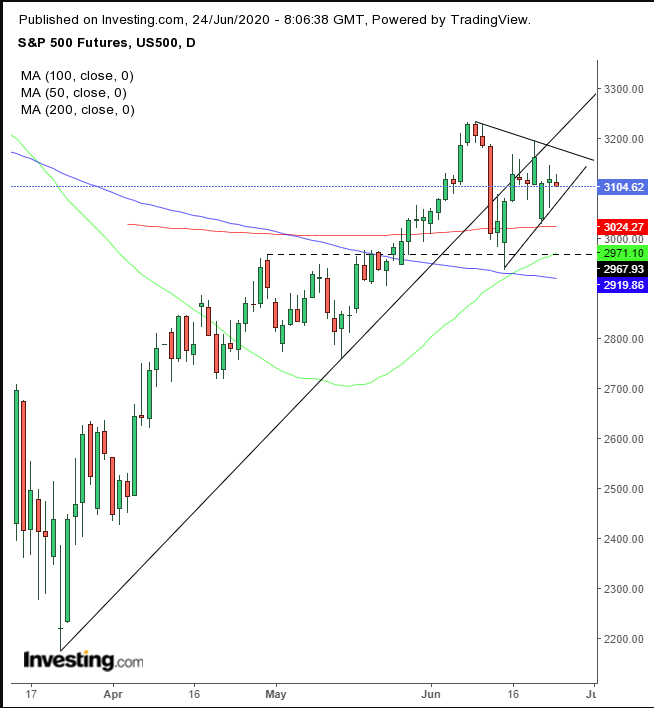 However, from a technical perspective, SPX futures have been developing a pennant, supported by the 200 DMA. An upside breakout would complete this continuation pattern, which would also help the 50 DMA cross above the 200 DMA to trigger a golden cross, perhaps the most well-known bullish signal.

The fell at the open, after closing at a near 2-week high yesterday. Perhaps more noteworthy, however, defensive stocks underperformed, generally a sign of risk-on.

Asian indices were mixed if not flat, as traders attempted to find the right balance, following another Wall Street rally amid persistently rising COVID-19 cases in both the US and the rest of the world.

On Wall Street yesterday, stocks climbed for the second day but gave up session highs on reports of rising coronavirus cases, which have now topped 9.2 million worldwide. Affected countries are now debating re-instituting lockdowns, which could limit the much-focused-upon economic restart.

The advanced 0.4%, trimming a 1.2% intraday high. The notched yet another a fresh all-time high.

Yields, including for the US Treasury, were flat, after they gave back a modest rally.

In the aftermath of a two-day selloff, the found its footing. 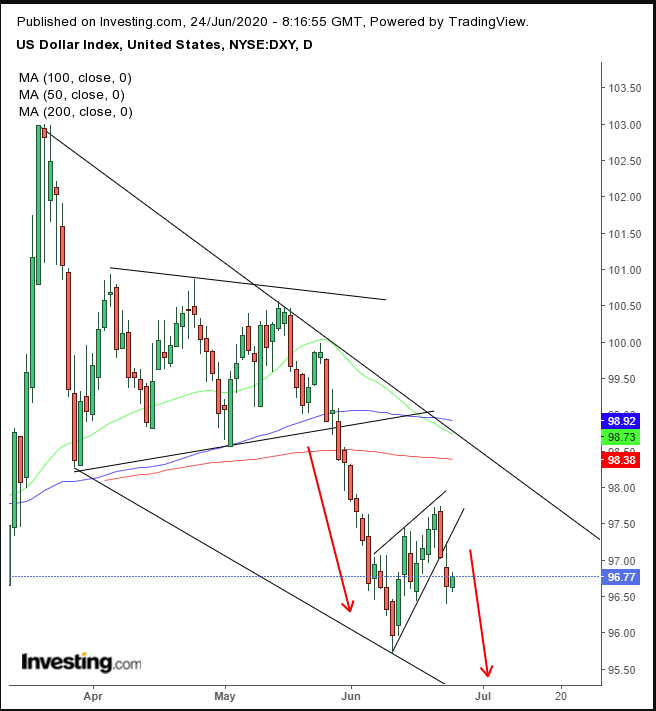 From a , the USD provided a downside breakout to a rising flag, bearish after the 4.3% plunge in just over two weeks.

, having reached its highest levels since 2012 on a backdrop of dollar weakness, is in focus. 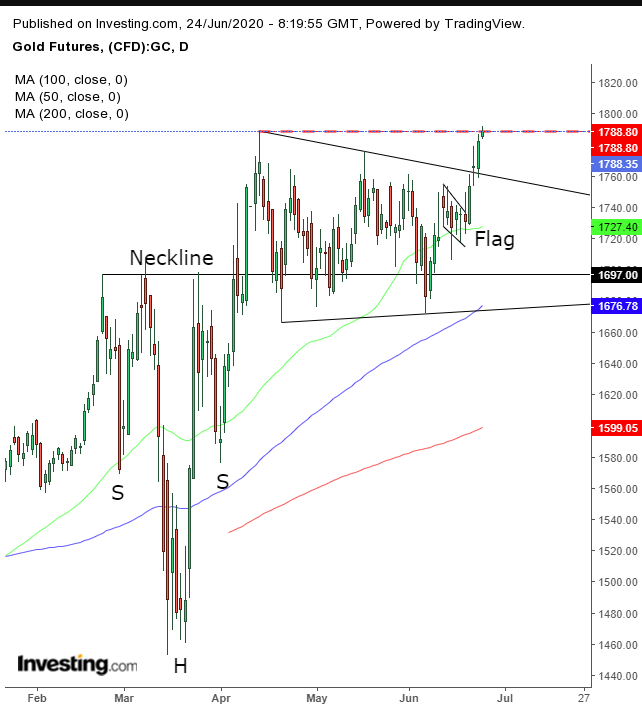 Since the dollar is expected to head lower, the yellow metal is on a path to retest record highs, having of a range. Just beware a pullback before the journey toward all time highs commences.

is falling for a second day. It has slipped below $40, after having closed above that mark for the past two days, a level it hadn’t hit since March 6. 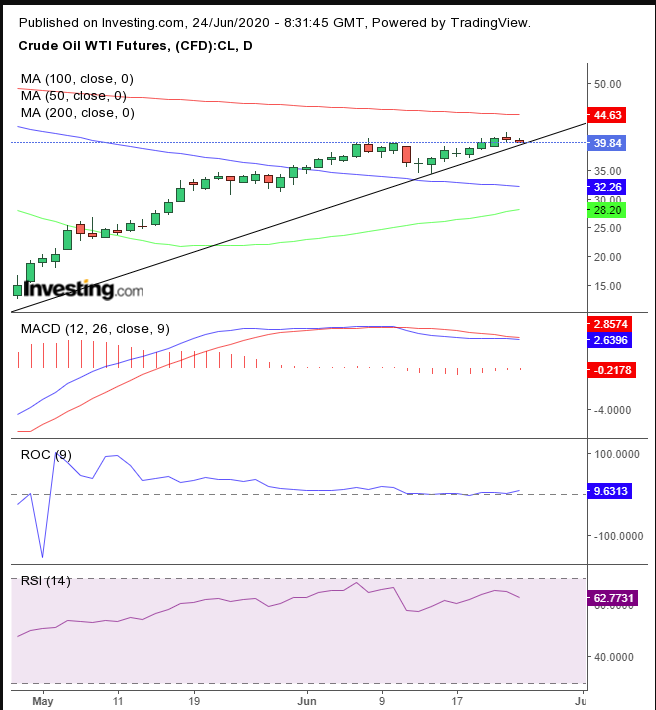 However, WTI’s advances have been growing weaker, as can be seen via momentum indicators. The MACD has also provided a sell signal.

June Market Wrap: After Big Volatile Quarter, Second Half Could Be Even Wilder

Coronavirus: What are the rules on caring for children during lockdown?

Coronavirus: Children half as likely to catch it, review finds

European Commission Speech Brussels, 01 Jul 2020 Good afternoon, Before passing on to the main topics of today's conference, I want to present to...

INTERVIEWInterview with Philip R. Lane, Member of the Executive Board of the ECB, conducted by Balázs Korányi, Francesco Canepa and Frank Siebelt1 July...

MEPs want to boost energy storage in the EU to help...

From Startups to the Supreme Court, Coronavirus Has Changed The World