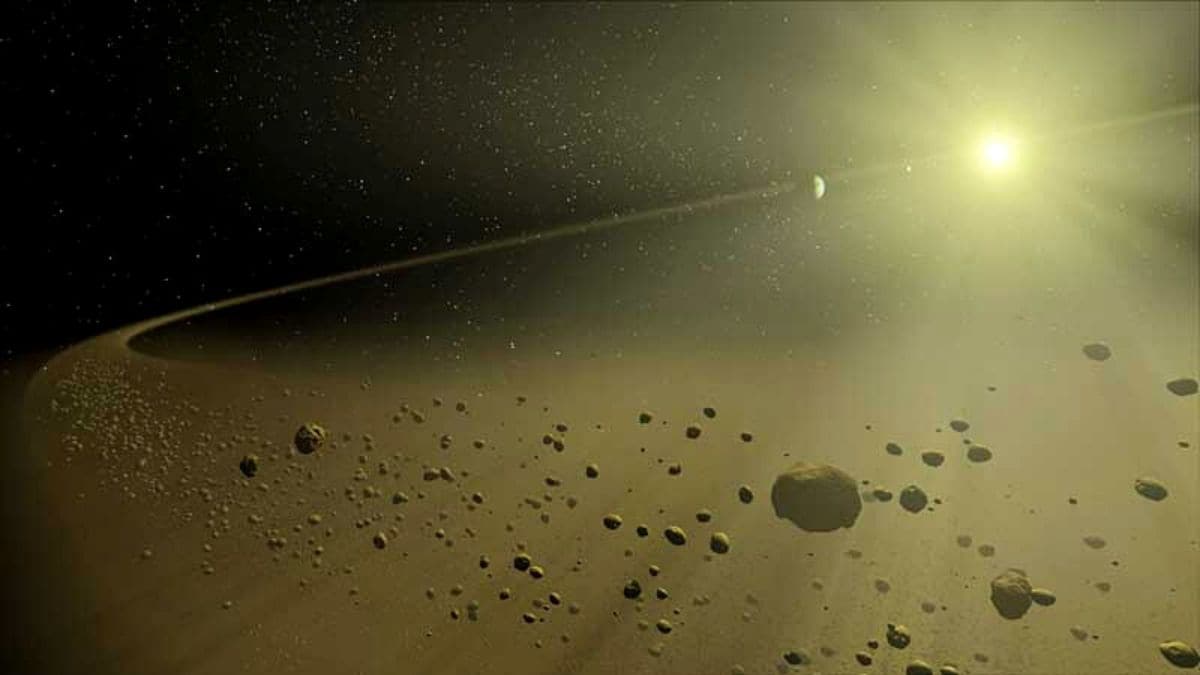 Astronomers have a found a new exoplanet hiding in the debris disk of a star. Dubbed as AU Mic b, the exoplanet was found after decades of search, around the red dwarf star, AU Microscopii that is roughly 32 light-years away. This discovery will help scientists understand planetary formation processes including that of our own solar system. Astronomers expect that there are more exoplanets in this system but are hidden due to the disk of debris around AU Microscopii.

What is AU Mic b?

The new exoplanet, AU Mic b, is described in a study led by Peter Plavchan, an assistant professor of physics and astronomy at George Mason. The study was published on June 24, in the journal, Nature.

According to NASA, citing the study, the exoplanet is about 8 percent larger than Neptune. To put in perspective, Neptune is about four times wider than Earth. However, AU Mic b weighs less than 58 times Earth’s mass. Additionally, it takes barely 8.5 days to orbit AU Microscopii.

Interestingly, AU Microscopii (also known as AU Mic) is said to be a young star, which will potentially help scientists learn more about star formation processes. Its age is estimated at 20 million to 30 million years, making it 150 times younger than our Sun.

How was AU Mic b discovered?

NASA claims that detecting planets around stars like AU Microscopii (or AU Mic) poses a particular challenge due to the presence of starspots that are cooler, darker and highly magnetic regions akin to sunspots and contribute to a star’s brightness changes.

To discover the exoplanet, astronomers used data collected by NASA’s TESS that was observing AU Mic in July and August 2018. They then turned to Spitzer telescope that enabled astronomers to “confirm the orbital period of AU Mic b.”

“Because the amount of light blocked by a transit [when a planet crosses in front of its star from our perspective] depends on the planet’s size and orbital distance, the TESS and Spitzer transits provide a direct measure of AU Mic b’s size. Analysis of these measurements show that the planet is about 8 percent larger than Neptune,” NASA notes.

The mass of the planet was discovered after combining observations from WM Keck Observatory and NASA’s InfraRed Telescope Facility in Hawaii and the European Southern Observatory in Chile.

Significance of the discovery

It is said that the discovery of AU Mic b will help to understand the formation and evolution of stars and planets. It will also help scientists learn more about the planets’ atmosphere composition.

OnePlus 8 vs Mi 10 5G: Which Is the Best ‘Value Flagship’ Phone in India? We discussed this on Orbital, our weekly technology podcast, which you can subscribe to via Apple Podcasts or RSS, download the episode, or just hit the play button below.