Home Entrepreneurs What You Need To Know About Bankruptcy 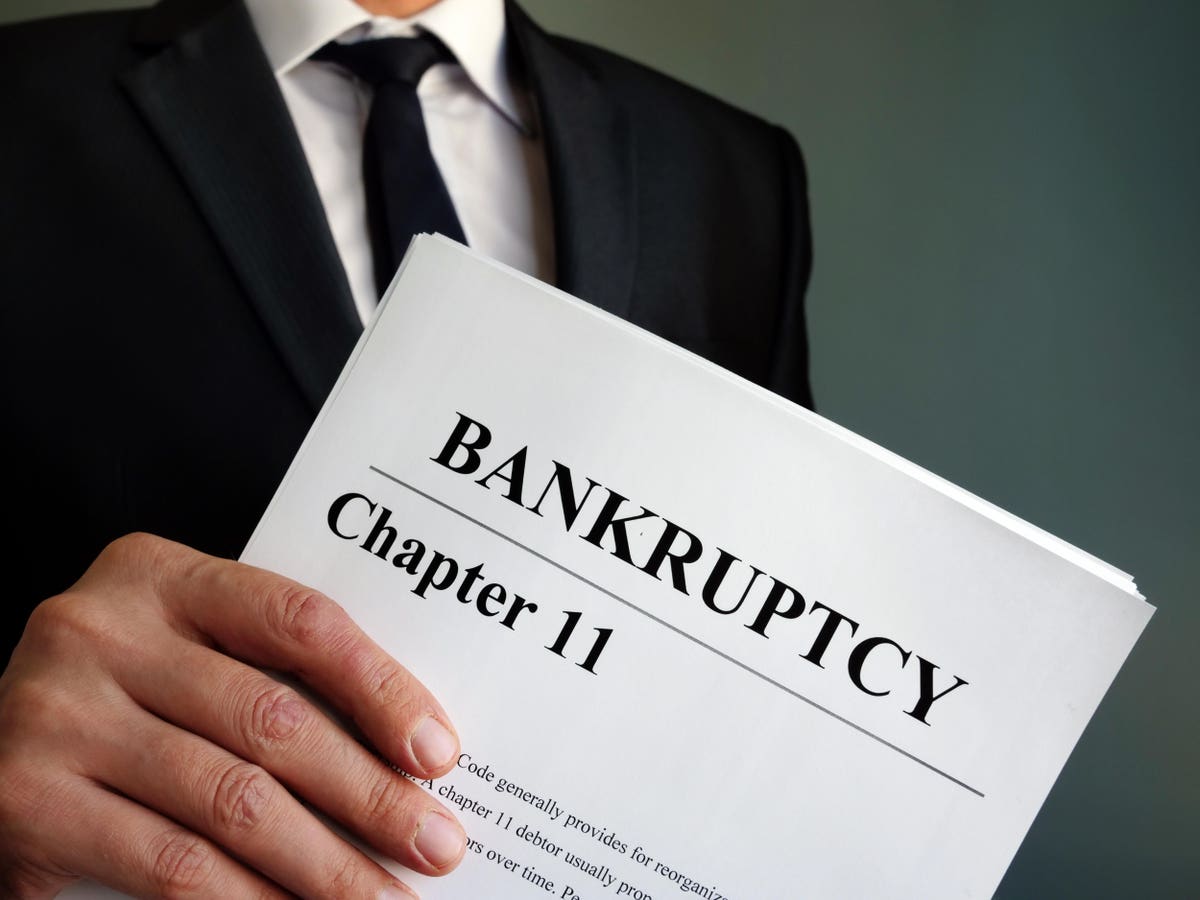 Starting in March, most of the country shut down, due to the coronavirus pandemic. Businesses, large and small, had to cease operations. While many have and will weather the storm, others are not so fortunate. A lot of household names, such as Neiman Marcus, J.C. Penney, Hertz and Gold’s Gym, have all filed for bankruptcy. What does that mean? Here is a primer on the wonderful world of bankruptcy.

Business bankruptcies come in two flavors, Chapter 7 and Chapter 11. Chapter 7 is what most people think of when they hear the word “bankruptcy.”  The company stops operating and a chapter 7 trustee is appointed. The job of the trustee is to take the keys, sell the assets of the company, then distribute the cash to the creditors; according to a system of priorities in the Bankruptcy Code. If you are a creditor of a company that has filed for chapter 7, you will most likely not get any money. If your company files for chapter 7, the process is short and the owner will most likely never set foot inside the courtroom.

Fortunately, most of the large companies file for reorganization under chapter 11 and not liquidation under chapter 7. The end game in chapter 11 is for the company to come up with an exit strategy, called a plan of reorganization. The plan describes how the company ended up in bankruptcy; how much it will pay the creditors it owed when it filed; and how it plans to operate after it gets out. Each different type of creditor is put into a “class,” so the bank will be in one class, taxes will be in another, trade creditors in another and so forth. Just like with chapter 7, there is a payment priority scheme in chapter 11. Guess what? Trade creditors are at the bottom of the pile (the only group lower than trade creditors are the owners). For a plan to be approved (the technical word is “confirmed”), the creditors get to vote. If it is confirmed then both the company and the creditors are bound by its terms.

A lot happens before a plan gets confirmed. Here are some of the more important concepts:

The stay continues throughout the entire case. Any creditor can request “relief” from the stay (meaning that the creditor can continue to try and collect) by filing a motion with the bankruptcy court and convincing the court that relief is warranted. The normal grounds for granting relief are “cause” or that the creditor has no equity in the property and, as such, a stay is not needed for an effective reorganization.

While any creditor can request it, relief is normally granted only to secured creditors, such as banks (unsecured creditors like suppliers are out of luck.). If a bank can show that it is owed more than its collateral is worth and that the debtor cannot reorganize, the court may grant relief. However, courts will normally give the debtor some time to prove that it can come up with a viable plan of reorganization.

3.                 Executory Contracts. An “executory contract” simply means that both sides still have to do things (such as one side providing product and the other side paying for it). One of the things a debtor gets to do after it files is to look at all of its contracts and decide which it wants to keep and which it wants to get rid of. The word for keeping a contract is called assumption and the word for getting rid of one is called rejection. If a contract is assumed, the debtor has to pay for everything that is owed. If it is rejected, then the other party just has an unsecured claim. Normally, the debtor has until the end of the case to decide what it wants to do with its contracts. While you have to comply with the contract during the bankruptcy, the debtor also has to pay you. If you are a party to a contract and don’t want to wait (such as you are continuing to provide your goods or services and the debtor is not paying you), you can ask the Court to require the debtor to make the decision sooner, rather than later.

4.                 Real estate leases. There are better rules if you are a landlord. The debtor has to decide whether to assume within the first 120 days of the case (which can be extended for 90 days). If the debtor does not decide by that time, the lease is automatically deemed rejected. Also, the debtor is supposed to pay rent from day one of the case.

5.                 The Plan Process. This is the end game of every chapter 11 case. The plan is the result of negotiations between the debtor and the major creditor factions. When the debtor has the plan prepared, it files two documents; the plan and the disclosure statement. The disclosure statement is a document that explains the plan and is supposed to be written so that a regular creditor can understand what is going on. There is then a two-step process. First, the Court approves the disclosure statement as being legally okay. This is not an opinion on the plan, just that it meets the legal requirements. Once the disclosure statement is approved, the plan is sent out to all creditors for voting (and objections, if creditors want). The plan is divided into separate classes, depending on the type of claim. If a class is “impaired” (meaning, in essence, the creditors in that class will not be paid 100%), the members of the class get to vote to accept or reject the plan. A class accepts the plan if 1) more than half of its creditors approve and 2) if those who approve represent at least two-thirds of the dollar amount at stake for that class.

If all classes vote to accept the plan, it is considered consensual and the confirmation process is very quick. However, if one class shoots it down, the debtor must confirm the plan under what is called the cram-down provisions. This requires the debtor to demonstrate to the court that the plan is fair and equitable. The struggle continues.

Once the plan is confirmed, the debtor is effectively out of bankruptcy and is now required to operate according to the plan. If it doesn’t, creditors can head back to court and seek relief—and perhaps compel the company to liquidate under chapter 7.

Bottom line: if you are a creditor, call your lawyer to make sure your rights are protected. If you feel your business may be facing financial distress, meet with a work-out attorney now, before it is too late and your business becomes another statistic.

Rob Bovarnick is the managing partner of Bovarnick and Associates, www.rbovarnick.com, a Philadelphia-based business law firm representing businesses and entrepreneurs in general corporate and business matters; litigation; and business bankruptcy. Rob can be reached at rmb@rbovarnick.com.

Virgin Orbit Analysing Data to Find Cause of Rocket Failure

EU citizens want more competences for the EU to deal with crises like COVID-19...

image copyrightPA Mediaimage captionThe NHS Covid-19 app is set to become available to everyone in England and Wales on ThursdayA leading health charity...

Xavier Hopkins is planning a career as a professional downhill mountain biker, despite only having 10% of his sight.The 20-year-old from Reading has...

Market Outlook Ahead of the First Biden-Trump Presidential Debate

Hackers Can Eavesdrop on Your Conversations Using Light Bulbs