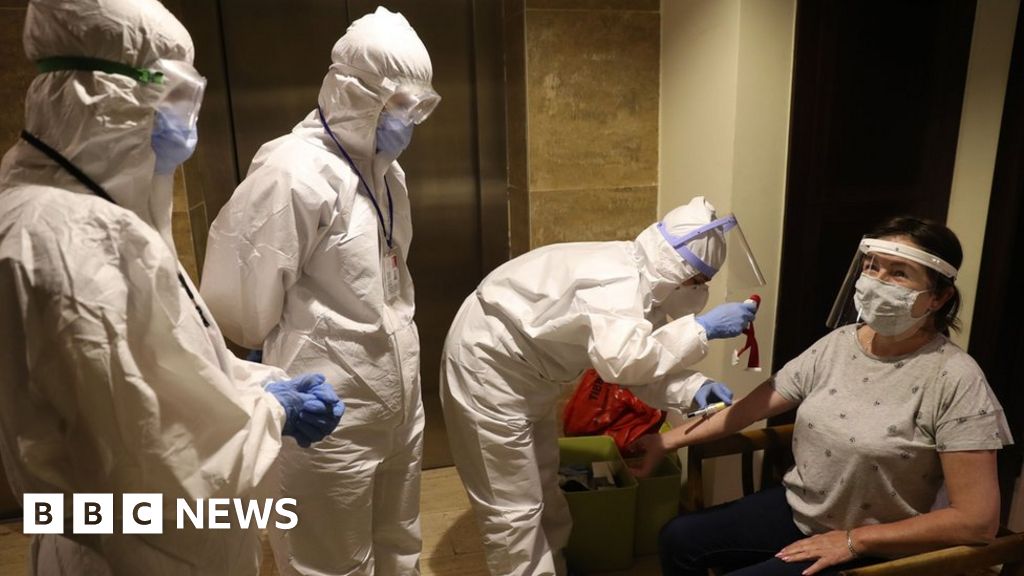 Volunteers are being sought from NHS staff and other public service workers for a study into the effectiveness of Covid-19 antibody home testing kits.

A number of the rapid response kits are to be studied, including one from a consortium including Oxford University.

The test to see if someone has already had coronavirus has been described by the prime minister as a game changer to get people back to work.

Public Health England has begun looking for 2,500 volunteers for the study.

Experts have questioned the usefulness of the tests because little has been known about whether antibodies protect people from the virus but the government said the study would help its understanding of Covid-19.

A Department of Health spokesman said: “No reliable home test has yet been found, and we do not know whether antibodies indicate immunity from reinfection or transmission.

“This research is part of our ongoing surveillance work to increase our understanding of how to tackle this virus.”

Commercial tests, which ask the user to send a blood sample off to a lab, have been suspended in the UK and people have been warned not to buy unapproved tests.

In March, the government bought 3.5 million antibody home tests but scientists at Oxford University found they were unreliable.

Public Health England (PHE) has since launched a separate study of 10,000 healthcare workers which involves antibody blood tests to learn more about immunity to the virus.

Sir John Bell, Regius Professor of Medicine at Oxford University, who has been overseeing the government’s antibody testing validation and strategy, said: “We’ve really set the gold standard in what you need to expect from these tests and I suspect a lot of people will be really interested in what we have produced in the last couple of months.”

PHE has been planning to recruit 2,500 volunteers to see how effective and easy tests would be to use, with initial results expected in late summer.

Covid: Pubs and restaurants in England to have 10pm closing times

SpaceX-NASA Mission: ‘No Decision’ on Next Launch Attempt for Historic Milestone

Why You Need Your Next Marketing Channel, Now