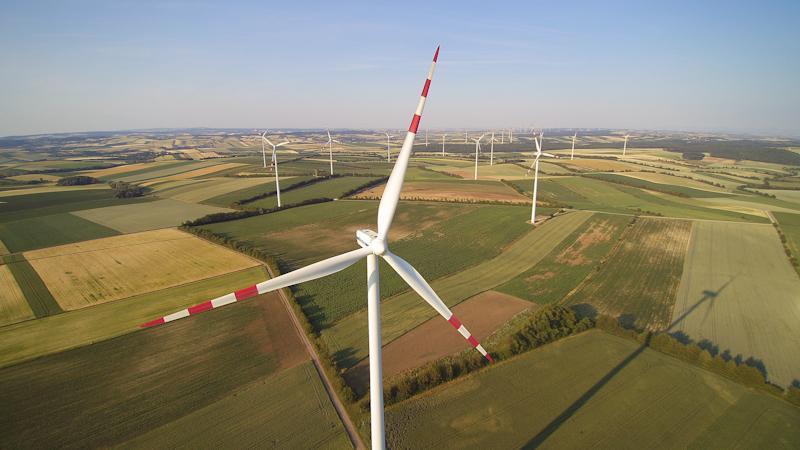 The bulk of the EIB financing (€40.9 million) will go directly to Windkraft Simonsfeld. These funds are backed by a guarantee from the European Fund for Strategic Investments (EFSI), the central pillar of the Investment Plan for Europe (the Juncker Plan). Under this plan, the EIB and the European Commission are working together as strategic partners to boost the competitiveness of the European economy. The remaining loan amount of €22.1 million will be provided by Erste Bank and guaranteed by the EIB. Windkraft Simonsfeld will put €21 million of its own funds into financing the wind farms.

This is the second time that the company benefits from the Investment Plan for Europe’s support. In January 2018, a €48 million financial agreement to build three new wind farms with Windkraft Simonsfeld in Austria was made possible under EFSI.

The EIB Vice-President responsible for operations in Austria, Andrew McDowell, said: “The promotion of sustainable, competitive and secure sources of energy is a key policy objective and, as the EU climate bank, a priority sector for EIB financing. We are therefore very pleased to be able to promote the development of renewable energies in Austria in close cooperation with our trusted partner, Windkraft Simonsfeld. The Prinzendorf III and Powi V wind farms are testament to Austria’s commitment to the renewable energy transition.”

Paolo Gentiloni, European Commissioner for the Economy, said: “Investing in renewable energies is crucial to meet the goals of the European Green Deal and to reach climate neutrality by 2050. This new EU support for Windkraft Simonsfeld will help to make two new wind farms a reality, bringing clean energy to thousands more households in Austria.”

“As the EU climate bank, the EIB is firmly committed to the Paris climate targets and the continued development of renewable and sustainable energy sources. When selecting our partners, we also take environmental and ethical considerations into account under the principle of green financing, which is why we have once again opted for EIB financing, as we did two years ago. We are pleased to have a partner that shares our commitment to the renewable energy transition and to the fight against catastrophic climate change,” said Alexander Hochauer, Commercial Manager of Windkraft Simonsfeld AG.

Willi Cernko, Member oft he Management Board Erste Bank: “Financing renewable energy sources is definitely one of our strategic core areas. This is particularly important to us because in the next few years sustainable energy generation in Europe will be one of the biggest issues where we are happy to be available as a financing partner to help push this effort forward.”

Erste Bank und Sparkassen is the largest provider of financial services in Austria. Around 15.500 staff attend to more than 3.8 million customers at over 1,100 branches and banking service points. In 2019, Erste Bank und Sparkassen helped 28.700 people to fulfill their dream of owning their own home, paid out EUR 292 million in interest to domestic savers, and helped 22.100 young entrepreneurs to implement their business ideas.

The economic crisis resulting from the COVID-19 pandemic is a crisis like no other. It is unprecedented in terms of the global and...

The Hague, 7 July 2020 Judicial authorities and police in Italy and Romania, with Eurojust and Europol support dismantled a criminal network responsible...

Cumberlege review: The patients who fought for answers

The Commission has put forward a proposal to revise the EU system for monitoring, reporting and verifying CO2 emissions from maritime transport (the...

Making The Internet Work For All. Why Multiplicity Is More Important...

Coronavirus: When did care homes go into lockdown?