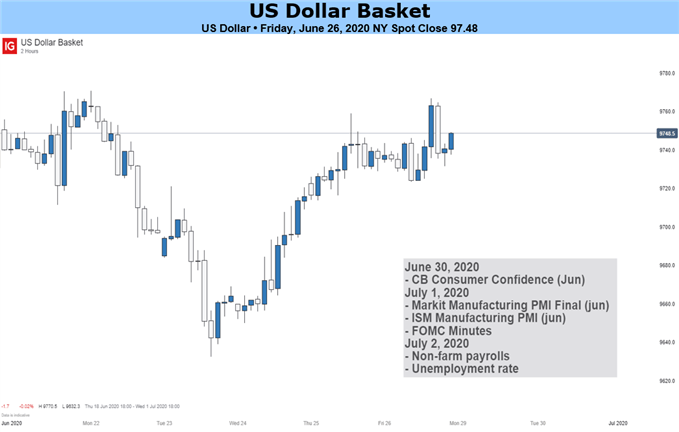 The haven-linked US Dollar remains glued to the broader trend in investors’ risk appetite. Generally speaking, the USD has been weakening since equities bottomed in late March. Lately however, the slope of depreciation in the Greenback has been flattening. This is as the S&P 500 has struggled to find meaningful direction since the turn of June. What is the fundamental road ahead?

Heading into the holiday-shortened week, investors will be anxiously awaiting May’s non-farm payrolls report. April’s data was a blowout, far surpassing even the most pessimistic economists’ expectations. More of the same could be ahead. Data out of the world’s largest economy has increasingly outperformed relative to expectations. Examples were seen this past week with durable goods orders and Markit PMIs.

Yet, a warning sign is brewing. On the chart below, my majors-based US Dollar index can be seen declining alongside a gradual easing in weekly initial jobless claims. Lately, the US has been struggled to make deeper dents into the dismal initial claims tally, which appears to be stabilizing at historically elevated levels. That could be concerning for those betting on a swift economic recovery. 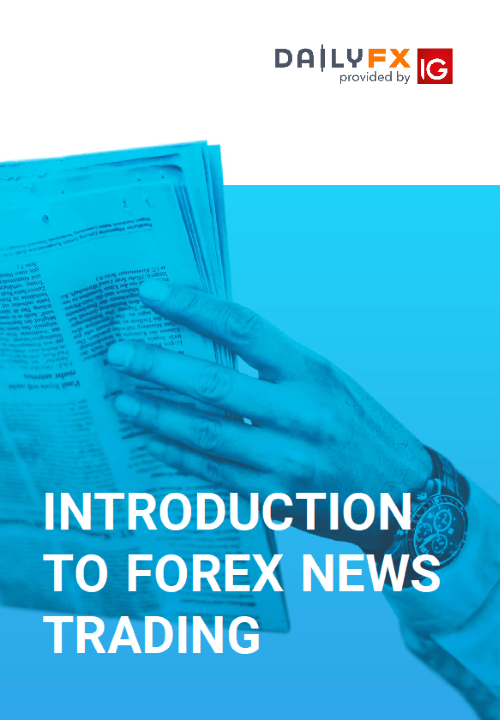 What does it take to trade around data?

US Dollar Versus Initial Jobless Claims 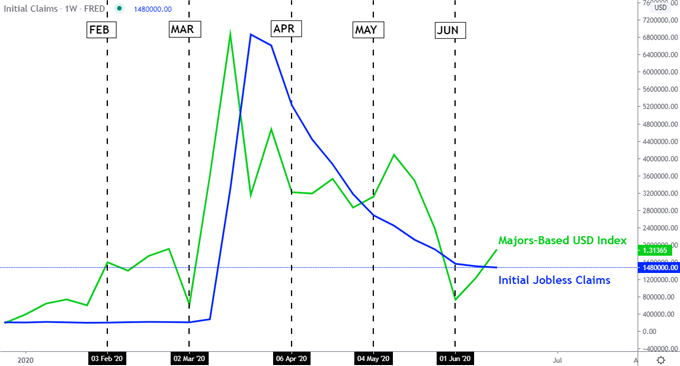 Equities could be at risk to rising cases of the coronavirus if traders anticipate certain hotspots to reverse lockdown easing. The US – he world’s largest economy – reported a record rise in daily cases this past week as confirmed infections increased in states like California, Arizona and Texas. On a positive note, Covid-19 fatalities have not been following the same pace as general infections

Counterbalancing what could be rosy consumer confidence, ISM manufacturing PMI and non-farm payrolls data are the minutes from June’s FOMC meeting. As a reminder, Chair Jerome Powell sank stocks after the central bank’s rather sobering assessment of the economic outlook. Similar cautious rhetoric from the minutes could rekindle risk aversion, likely boosting the US Dollar.

This is as the same aggressiveness in the Fed’s efforts to lubricate credit markets dwindles. On the chart below, the weekly change in the balance sheet has noticeably slowed. Two out of the past 3 weeks have seen contractions. This may leave traders yearning for more liquidity, offering a lift to the world’s reserve currency. 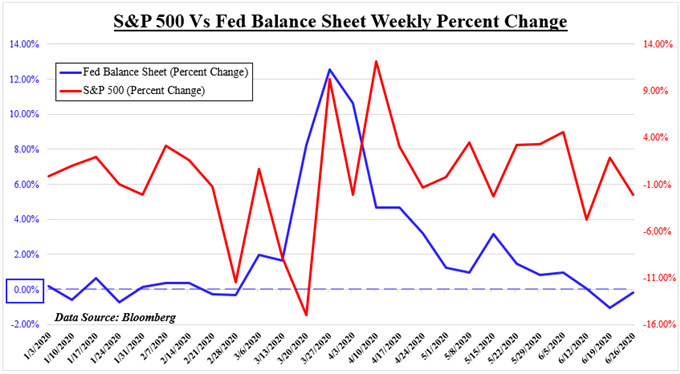 Visa liberalisation: Commission reports on the continued fulfilment of requirements by...