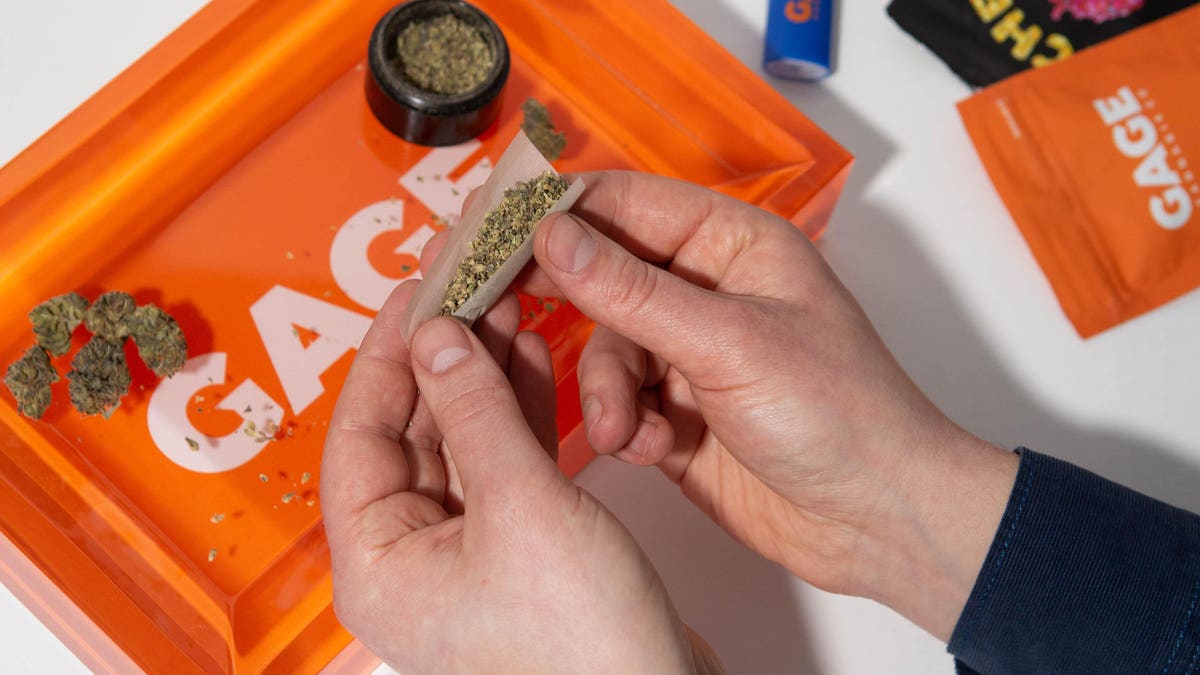 The compounding effect of the global pandemic and market downturn has thrown a wrench into most retail operations in recent months. While mainstream retail sales have been at all-time lows across the country, legal cannabis sales are still holding strong in several states due to its essential status. Despite being one of the more nascent markets in the country, Michigan has reported a $54.6 million increase in adult-use sales since the beginning of the pandemic and increased the number of licensed retailers in the state by 70% between March 2 and May 12.

While some retailers view Michigan’s recent market performance as a sign to start ramping up growth and production, one Cannabis space innovator has been preparing for this opportune moment since its inception. Gage Cannabis Co., which provides branding and crucial support services to one of the most visible and respected medical licensed operators in the state, is taking the recent economic downturn in stride and forging ahead with its plan to service 90% of Michigan’s population by servicing nine new Gage branded dispensaries in addition to its existing four locations by the end of the year.

Most retailers would balk at this daring goal during this period of unprecedented financial uncertainty, but Gage’s leadership believes that its financial performance has been relatively impervious to retail headwinds. The company recently reported that its affiliated licensed operators maintained over 30% in month-over-month medical sales growth and over 100% in sales growth since January 2020. In addition to its solid financial standing, Gage branded operators also maintain a competitive retail advantage in Michigan by claiming a 10% market share of all medical sales while only making up roughly 1% of the state’s dispensaries.

Gage attributes much of its success to its business model that prioritizes small-batch product excellence and business fundamentals above all else at its branded operators. A customer-friendly retail experience has earned them several industry awards for dispensary design and branding. When asked what sets Gage branded operators apart from the local and national competition, company President Fabian Monaco points to the company’s consumer-centric structure.

“As the market matured and industry wholesale pricing became a race to the bottom, Gage’s unique relationship with consumers, and our consumers’ enthusiasm for Gage’s premium crafted cannabis product enabled the company to maintain a consistent and predictable seed-to-sale forecast. The company’s corporate philosophy of prioritizing growth through revenue shielded Gage and its affiliated operators from the industry’s recent capital market dip and allowed the company and its affiliated operators to thrive during COVID-19,” explained Monaco.

Another undeniable asset to the company is its prominent Executive Chairman, Canopy Growth Corporation Co-Founder and former CEO Bruce Linton. Linton joined Gage in September 2019 after visiting one of Gage’s branded retail facilities and was brought on to guide the company through its aggressive growth strategy. The company will count on Linton’s extensive industry expertise as it begins to enter Michigan’s lucrative adult-use market, which has grown by a stunning 39% from April to May alone.

Although the company has not yet captured any recreational market share, Gage remains confident that its loyal consumer base, brand recognition and attractive partnerships will propel the company to the top of the recreational industry.

“Our small-batch craft cultivation methodology ensures that our cannabis products are the best on the market. This is echoed by the population of consumers who travel to our stores from nearby states and the percentage of consumers who line up at our stores three hours before opening to access cannabis strains that we are dropping in our provisioning centers that day,” said Monaco.

Gage branded operators  are also one of the few retailers in the state to elevate their brand relevance and consumer appeal by securing exclusive rights to cultivate or sell leading cannabis brands including Cookies, Minntz, SLANG Worldwide, Lemonnade, Runtz, Grandiflora and OG Raskal. This strategic licensing strategy has allowed Gage and its affiliated operators to quickly gain a considerable amount of market share in Michigan while keeping operating costs relatively low.

With its expansion infrastructure cautiously in place, Gage will embark its ambitious growth journey in one of the most formidable economic climates. While there is marginal room for error in this precarious retail market, Gage is convinced that it has the appropriate foresight, leadership and foundation in place to attain its goal. Although there are countless unknowns at this current time, what remains certain is that Michigan’s next retail revolution has arrived, and Gage is determined to emerge at the top.

Entrepreneurs Share Their Secrets To The Perfect Elevator Pitch

How This Entrepreneur Is Bringing National Exposure To Black-Owned Businesses

Coronavirus R0: Is this the crucial number?

A Space Odyssey: Britain Rockets Into Unknown With OneWeb

European Year of Rail 2021 – Council agrees its position in...

Questions and Answers: Farm to Fork Strategy – building a healthy...