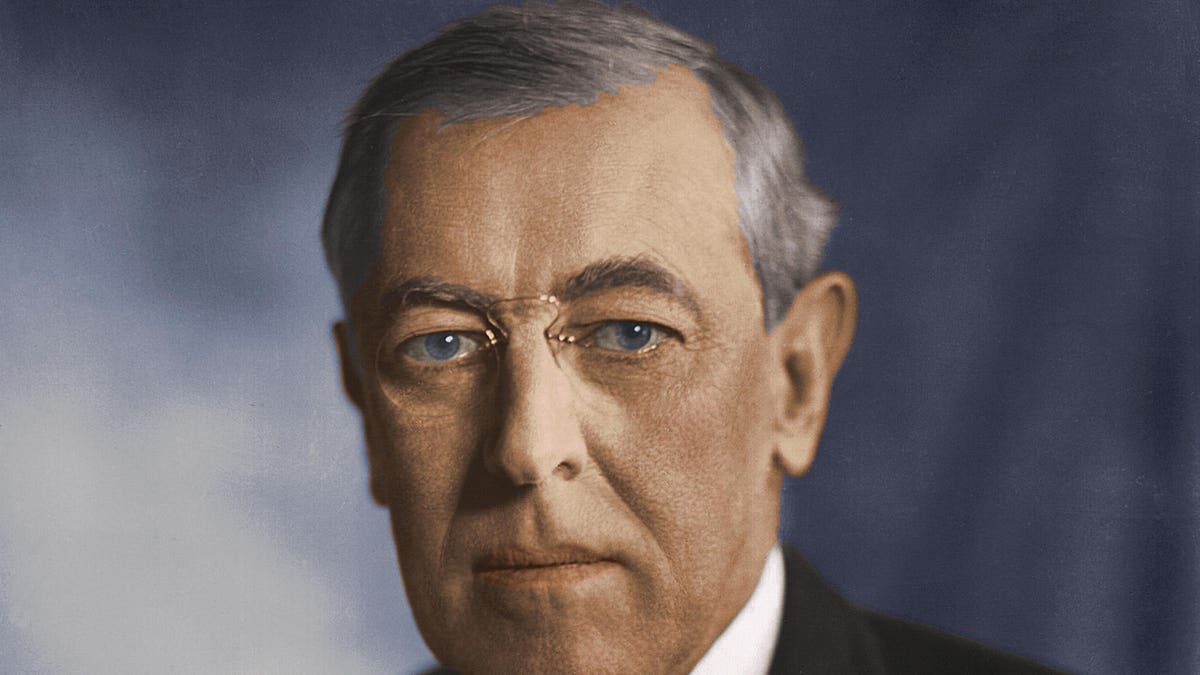 After years of debate Princeton University has voted to remove Woodrow Wilson’s name from its school of Public Policy because of his extreme racism. Wilson’s views and actions were abhorrent even by the standards of his era. He discouraged Black students from attending Princeton and segregated the (previously integrated) federal workforce. You can imagine an African American student at Princeton, knowing his or her school was honoring this figure (or crossing the Potomac’s Woodrow Wilson Bridge), telling themselves that he is being honored for his other achievements – despite his racism, not because of it. After all, Wilson was President of Princeton, Governor of New Jersey, and the President of the United States who led America to victory in the First World War. If anyone’s achievements are large enough that they should be honored despite their racism, Wilson seems like an excellent candidate.

In fact, however, Wilson’s record as President was disastrous, and his failures were the foreseeable products of his own shortcomings, not difficult circumstances or bad luck. Wilson had real achievements, both at Princeton and as President. But his flaws stretch beyond bigotry. Understanding how someone like him could become President illuminates a common but all too often devastating mistake made in leader selection – picking someone based on their perceived talent instead of their real record. This creates the potential for a high impact, but often disastrous, leader. Don Draper, the iconic protagonist of Mad Men, said it best: “People tell us who they are, but we ignore it because we want them to be who we want them to be.”

Wilson was the least experienced person ever elected President. When he received the nomination his only political experience was 18 months as Governor of New Jersey. He was a darling of Progressives because of his attempted reforms at Princeton. He passed significant reforms as Governor, but so alienated the legislature’s Democrats – his own party – that they worked to elect Republicans in the 1911 legislative election just to harm Wilson.

Wilson’s rhetorical skills and popularity with Progressives nonetheless made him a candidate for the Democratic nomination. Although he was not expected by anyone – including himself – to win, after 45 ballots a series of backroom maneuvers threw him the nomination. Racial issues had not come up during his time as Governor, allowing him to conceal the bigotry that stained his Presidency.

Wilson won a three-way race. The 1912 election, as chronicled in the excellent Four Hats in the Ring, was unlike any other. The sitting President, William Howard Taft, ran as a Republican, while his predecessor, Theodore Roosevelt, ran on the third-party Bull Moose ticket, splitting the Republican vote and making a Democratic victory virtually certain.

Wilson’s Presidency was tumultuous, including the first Red Scare and raids by his Attorney General, A. Mitchell Palmer, which interned thousands of people without trials. The most important events, however, were unquestionably America’s entry into the First World War and Wilson’s role in the peace negotiations afterwards. His failed attempt to secure Senate ratification of the Treaty of Versailles and American entry into the League of Nations crippled the League and the post-war settlement, setting the stage for the Second World War.

Wilson’s failure was rooted in a basic element of his personality – his absolute inability to compromise with opposition under any circumstances, for any reason.  Securing passage of the Treaty would have been possible for a normal President. Both Taft and Roosevelt – his predecessors in the White House – supported the idea of the League, as did public opinion. Of the 96 Senators, only 8 were completely opposed to the League and 83 supported it in some form. Enough Senators wanted modifications – called reservations – to the Treaty, however, that in order to secure Wilson would need to convince some of them to support it.

Henry Cabot Lodge, the Republican Senator from Massachusetts who led the opposition to the treaty, grounded his strategy in his understanding of Wilson’s psychology. He knew that Wilson hated him and was unable to compromise, so he attached reservations to the Treaty. Wilson’s response was “Never! Never! I’ll never consent to adopt any policy with which that impossible name is so prominently identified.”

Wilson campaigned across the country to pressure Lodge, but the stress it put on his already fragile health resulted in a crippling stroke. In the end the only way the Treaty could have passed was with the Lodge reservations and, in a typically self-defeating act, Wilson ordered his Cabinet members to lobby against the passage of his treaty, defeating it and dooming his efforts. It was the first time the Senate ever refused to ratify a peace treaty and perhaps the most consequential failure of American diplomacy since the War of 1812. The failure was entirely Wilson’s. On the day of its defeat Lodge said that “Without [Wilson’s] efforts the Treaty would have been accepted by the Senate today.”

If Democrats had known they were nominating someone so self-destructive, they surely would have chosen someone else. Wilson’s abbreviated political career allowed them to overlook who he really was. But the signs were clearly visible to anyone who looked for them.

As many who have studied Wilson’s career have noted (most strikingly Alexander and Juliet George in their classic Woodrow Wilson and Colonel House), Wilson’s 8 years as President of the United States were an astonishingly close echo of his 8 years as President of Princeton. At Princeton Wilson launched a series of reform efforts, but stirred up opposition by viciously attacking anyone he perceived as opposed to his efforts. In 1906 he attempted to establish residential quadrangles where all students would live, hopefully displacing the “eating clubs” which dominated social life and dragged down academic standards. Although he initially received a 24-1 vote from the University’s trustees in favor of the plan, a combination of opposition within the faculty and from the alumni soon resulted in its defeat.

Wilson attempted to reverse the decision by making speeches to alumni across the country (as he would with the Treaty), but failed completely. In 1910 he launched into a struggle over the location of a graduate college on campus spurred by two large donations to Princeton. But when the donor agreed with Wilson’s proposal he announced that he did not care about the outcome, just who controlled Princeton. He ended up opposing his own proposal, just as he would nine years later.

Wilson, in other words, told America exactly who he was when he was President of Princeton, but we didn’t believe him. Don Draper may not have had Wilson in mind when he spoke his immortal line, but Wilson fits the bill as well as anyone could.

We pick outsider leaders like Wilson for a lot of reasons, but one in particular was illuminated by psychological research by Zakary Tormala and Jayson Jia of Stanford and my friend Michael Norton of Harvard Business School. They looked at evaluations of art and showed that people can favor people who have “great potential” over those who have actual great achievements. This is illogical – not all those with great potential fulfill it, after all – but not that dangerous when you’re just talking about art. When it comes down to picking leaders, however, it is very dangerous indeed. When you pick an outsider based on their potential – and the intellectually brilliant and rhetorically dazzling Wilson certainly had that – you are still picking an unknown. It’s easy to focus on his or her potential and ignore both their defects and the virtues of a more proven candidate.

Any other President could have gotten the United States into the League of Nations. There are people whose achievements are so towering (Washington, for example) that we can honor them for those achievements, even as we make sure not to obscure their flaws. But Wilson was no Washington and Princeton should have taken his name down long ago.

Beyond that, we should learn from the mistakes that put so deeply flawed a person into positions of power. Don Draper was right. People tell you who they are. When they do, we should listen to them.

Coronavirus: Has Sweden got its science right?

How To Identify And Hire The Superstar Customer Service Employee: A 5-Minute Consult