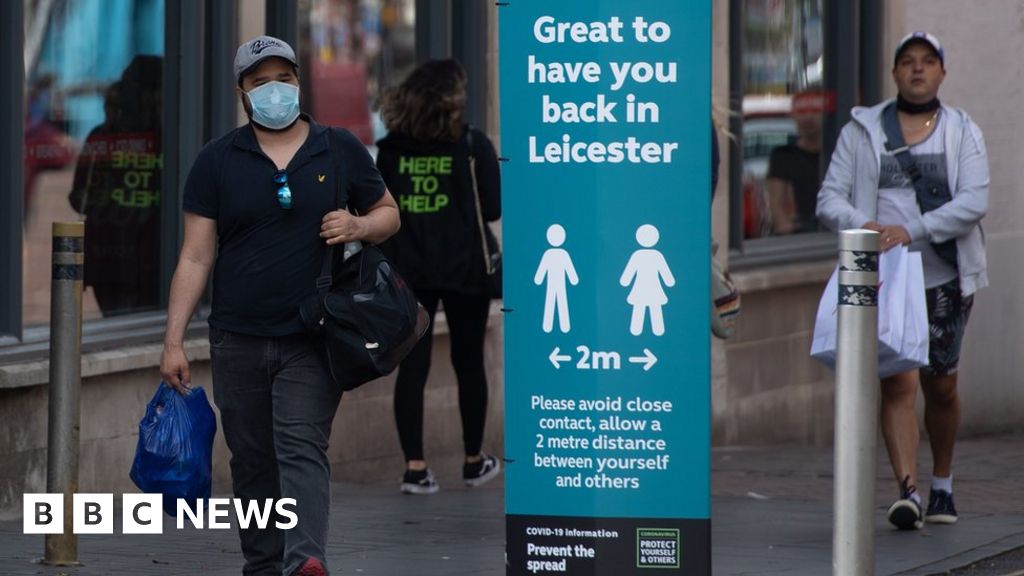 Pubs and restaurants in Leicester may stay closed for two more weeks due to a surge in coronavirus cases, the city’s mayor has said.

Sir Peter Soulsby said the government has recommended current restrictions are maintained for a further fortnight.

Sir Peter told the Today programme the city could “remain restricted for two weeks longer than the rest of the country”.

On Sunday the home secretary said the city faced a possible local lockdown.

Last week the prime minister announced coronavirus restrictions across England would be eased from 4 July.

But Sir Peter said he had received an email from the government overnight and “it seems they’re suggesting we continue the present level of restriction for a further two weeks, beyond 4 July”.

“That’s very different from the dramatic ‘lockdown in Leicester’ that was being briefed over the weekend.”

Sir Peter criticised the report as “superficial” and said “it does not provide us with the information we need if we are to remain restricted for two weeks longer than the rest of the country”.

Sir Peter later told LBC a meeting between local and government officials planned for this morning had been cancelled.

Speaking on Sunday’s Andrew Marr Show, Ms Patel said she had spoken to Health Secretary Matt Hancock about a possible local lockdown, and “extra support” would be going into the area.

“With local flare-ups, it is right we have a local solution,” she said.

The Department of Health said four mobile testing sites and thousands of home testing kits had already been sent to Leicester.

“Interestingly it’s very much around the younger working-age population and predominately towards the east part of our city,” he told BBC Radio 4.

“I don’t think at the moment we’re seeing a single cause or single smoking gun on this, so we really need to try to dig down and find out what is going on and it’s likely to be a combination of factors.

“Information has been challenging all the way through this.”

Leicester East MP Claudia Webbe has called for a lockdown due to a “perfect storm” of poverty, positive tests and higher ethnic diversity.

Research in the Wild: AI, Leopards and Photobombs

Cyber Monday Is Coming Up—Is Your Organization’s Digital Side Ready?