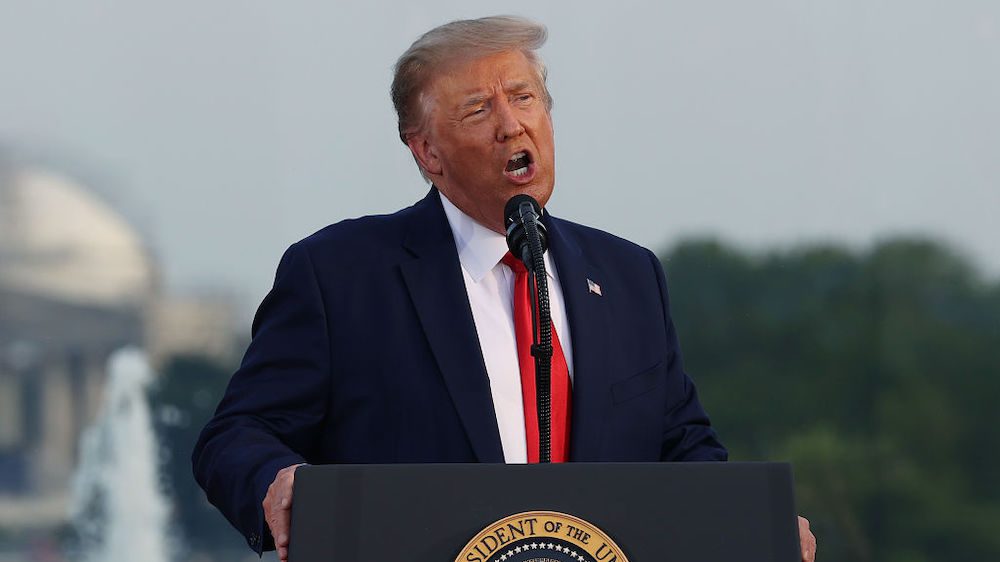 On Tuesday, President Trump took to Twitter to say he is considering ending the Affirmatively Furthering Fair Housing (AFFH) rule, established by the Department of Housing and Urban Development under the Obama administration in 2015.

“At the request of many great Americans who live in the Suburbs, and others, I am studying the AFFH housing regulation that is having a devastating impact on these once thriving Suburban areas,” Trump wrote. He added, “Not fair to homeowners, I may END!”

The AFFH rule was meant to fulfill requirements of the Fair Housing Act, which was signed into law by President Lyndon B. Johnson in 1968. The Fair Housing Act brought an end to practices such as redlining and racial covenants in home deeds. But the law was also supposed to require local governments to work to desegregate neighborhoods across the country.

Under the AFFH rule, any locality that receives block-grant funds from HUD was required to produce an assessment determining its efforts toward assuring fair housing. In 2018, HUD Secretary Ben Carson announced that implementation of the rule would be delayed.

Last January, the Trump administration took a further step,  proposing a new version of the rule that redefined fair housing stands to focus on improving housing choice and affordability instead of eliminating discrimination. The proposal also eliminated the assessments required by the Obama-era rule. The move drew sharp criticism from organizations across the country working to improve equity in the housing market.

“Ben Carson has been working to dismantle fair housing since the day he stepped into the HUD building, so this tweet is not surprising,” said Diane Yentel, president and CEO of the National Low Income Housing Coalition. “But it’s particularly abhorrent for the president to threaten further entrenchment of segregated communities now, during a time of reckoning on racial injustices in our country.”

Critics of the Trump administration’s argue that the new rule would make it harder to enforce fair housing and could lead to an increase in segregation. “The promise to dismantle government sponsored segregation has been unfulfilled in the 52 years since the passage of the Fair Housing Act,” said Shamus Roller, executive director of the National Housing Law Project. “The proposed rule ignores segregation and, instead, seeks to push a de-regulatory agenda.”

Research has shown that people of color still face discrimination in the housing market. Black Americans  are far less likely than their white peers to receive mortgage funding. And parts of the country  that were historically redlined continue to see lower home prices than historically White neighborhoods.

The homeownership rate among Black and Hispanic households remains significantly lower than the rate for white Americans. That is in part a reflection of how those communities were targeted by subprime lending activity in the lead up to the last recession, which left them more likely to be foreclosed against.

Calls for reducing discrimination in housing have taken on a renewed significance amid the coronavirus pandemic. There’s evidence that Black people may be at higher risk of contracting COVID-19  because of where they live. Research has shown that when people move from segregated neighborhoods to those that are somewhat more diverse, they see improvements to their health including lower rates of obesity and diabetes.

“Because of persistent residential segregation and structural inequality, your ZIP code is a better determinant of your health than your genetic code,” said Lisa Rice, president and CEO of the National Fair Housing Alliance. “Where you live impacts everything about you — your chances of graduating from high school or attending college, your chances of being arrested, your net worth, your credit score, your income, your chances of becoming a homeowner, and even how long you will live.”

How the Coronavirus Pandemic Pushed Home Prices to a Record High

The COVID-19 Recession and Small Business

The EESC publishes a report on national developments in the area of fundamental rights...

Looking For A Nest Egg For The Grandkids? This ETF May Fit The Bill

As a B Corp, Athleta prioritizes all...

Coronavirus: Why hasn’t the UK listed loss of smell as a...

Parley CEO Reassesses Our Environmental Future In Light Of COVID-19