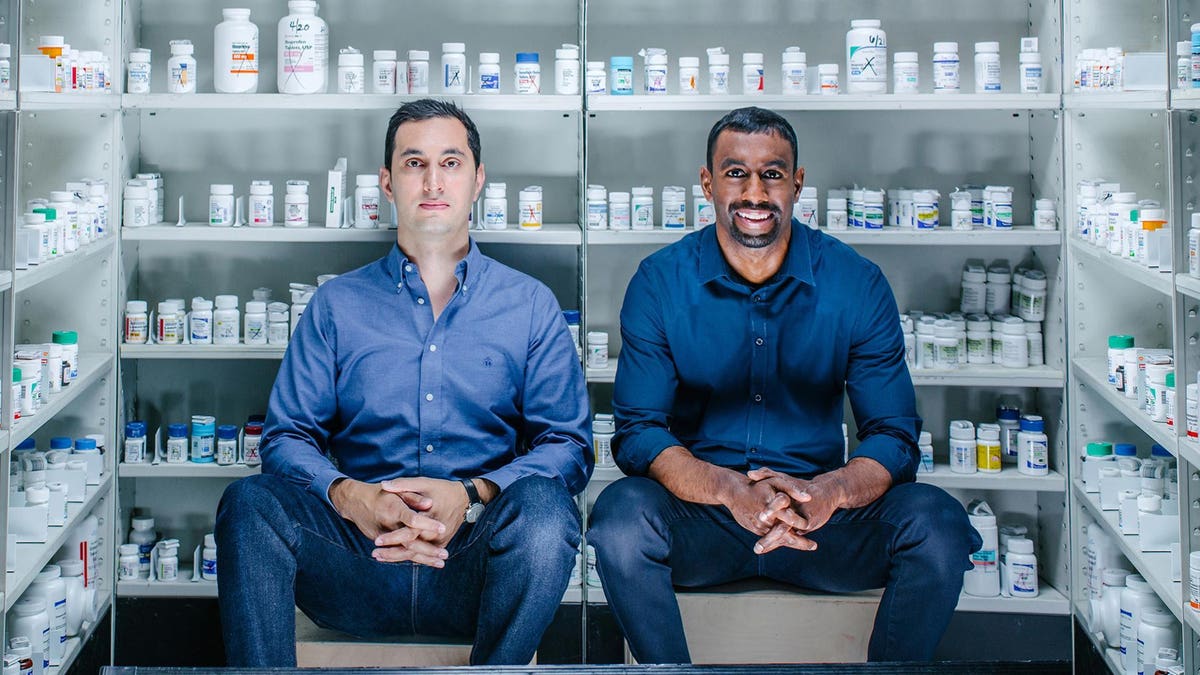 Since they started Truepill in 2016, Umar Afridi and Sid Viswanathan have been preaching the benefits of telemedicine. With the coronavirus pandemic, the shift toward what that might look like, and the role that their tech-enabled pharmacy might play in it, have become clearer.

Today, the company said that it had raised $25 million from Optum Ventures (the venture fund of Optum Health), Initialized Capital, TI Platform Fund, Sound Ventures and others, bringing Truepill’s total funding to $39 million at a valuation that Forbes estimates at nearly $300 million.

With the new funds, Truepill is building out its infrastructure beyond its six pharmacy distribution centers with a capacity of roughly 100,000 prescriptions per day. It’s looking to add a new larger, fully automated distribution center, perhaps in the Midwest or Arizona, and it’s pushing hard into telemedicine as health plans, including Optum parent United Healthcare, and pharmaceutical manufacturers are jockeying to take advantage of that shift.

“There’s a new level of demand coming out of Covid,” says Viswanathan, 36, the company’s president. “Patients are no longer accepting the way it used to be done.”

Pharmacy is a roughly $400 billion business in the United States, and it’s become a hot area for entrepreneurs, with startups that include PillPack, now part of Amazon, and New York City-based Capsule. Truepill’s difference: Its business-to-business model makes it a behind-scenes player, invisible to retail customers, who will never have reason to know its name, and its aspirations to use pharmacy as a wedge in the broader telehealth market.

Afridi, a former pharmacy manager at a 24-hour CVS in East San Jose, and Viswanathan, whose previous startup was bought by LinkedIn, came together to start Truepill in 2016 with a plan to upend the staid, heavily regulated pharmacy business with technology. They focused at first on processing orders for direct-to-consumer health brands like Nurx (birth control) and Hims (hair loss, erectile dysfunction and acne) that were growing quickly. Revenue reached $48 million in 2018 and nearly $100 million in 2019; it could reach an estimated $200 million this year as it pushes further into working with health plans, drugmakers and pharmacy benefit managers.

“Before Covid-19, we would have conversations and people would say, ‘This is on our radar,’ Fast forward to now and the same people are saying, ‘How can we get started as quickly as possible?’ Covid-19 made everyone reassess how they saw the world,”” says Afridi, 38, the company’s CEO. The logistics and anxiety of seeing a doctor in person during the pandemic combined with Medicare’s move to temporarily cover the costs of telehealth accelerated that shift.

Forbes first profiled Truepill last fall after it made the cut for the 2019 list of Forbes Next Billion-Dollar Startups. At the time, Truepill was something of an outlier on the list, with funding of just $13 million, despite its rapidly growing revenue. It was already beginning to sign agreements with drugmakers and pharmacy benefit managers then as part of its move a away from direct-to-consumer medications and to build out a nationwide network of doctors that would enable it to play a bigger role in the shift to telemedicine.

“Raising massive amounts of cash has never been something we needed to do for the business,” Afridi says. “Every time we raise, i’s a calculated objective.” That attitude, relatively rare in Silicon Valley, has allowed the two founders to maintain a majority stake in the business even after the latest fundraise.

Self-Employed Women Are At A Higher Risk Of Having Poor Mental Health, According To Study

The is up a solid 0.63% at the time of writing, showing no bearish resistance. Among the majors, only the and ...

Financial stability and the pandemic crisis

How To Have Conversations That Change The World: Start With Yourself