Home Investments Here’s Why Big Oil Stocks Such As Chevron And Exxon Are Still...

After the powerful financial markets recovery since the March low, investors don’t have many options left for a big upside bet. There is, however, one sector that continues to lag and that’s energy. 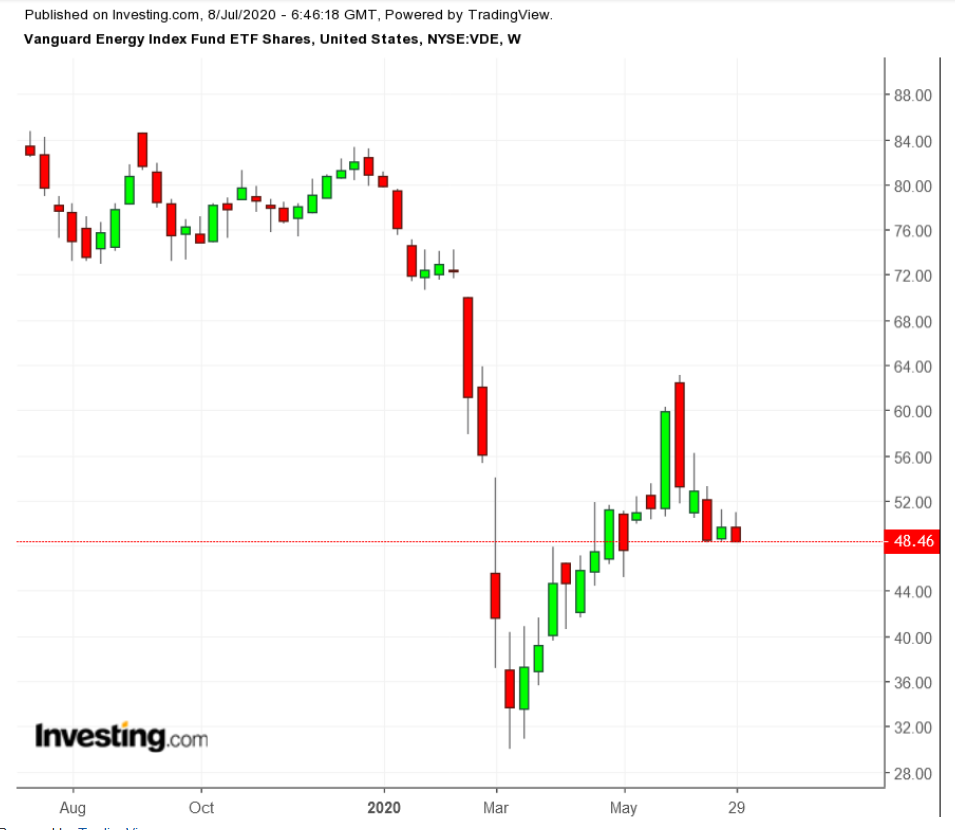 The Vanguard Energy Index Fund ETF (NYSE:)—whose top 10 holdings include Exxon Mobil (NYSE:), Chevron (NYSE:) and Phillips 66 (NYSE:)—remains down more than 40% for the year, even as the has recovered almost all its losses from the March dip.

The latest trend in oil markets suggests that energy stocks may be past the worst of the pandemic-driven crisis as oil demand slowly increases, fueled by both OPEC+ production cuts and countries reopening after COVID-19 lockdowns, reviving industrial production and bringing cars back onto roads.

According to a recent report, Chinese oil demand is all but back to levels last seen before Beijing imposed a national lockdown to fight the initial coronavirus outbreak. Since China is the world’s second largest oil consumer, behind only the US, the country’s quick turnaround has helped tighten supply in the petroleum market sooner than expected.

, which in April had plunged into negative territory, has recently been a barrel.

Despite the rebound in oil markets, there are two possible reasons investors remain wary of the sector. First, the energy market isn’t out of the woods yet. In many countries, the first wave of the pandemic continues to accelerate. Coronavirus cases are rising in parts of the US South and West, even as some states lift restrictions. In India, the death toll has topped 20,000 as the subcontinent struggles to contain the pandemic.

Threats of a potential second wave also loom, as well as related damage to growth, both of which have produced an uneven recovery in oil markets. demand has led the rebound, as people choose to drive their cars in order to avoid public transport, but industrial and aviation demand is still down.

Diesel, a fuel more closely linked to the business cycle because it powers industrial efforts and freight transport, is lagging as the global economy continues to face recessionary pressures. And demand for jet fuel is almost as depressed as it was during the peak of the coronavirus outbreak.

As if economic uncertainty weren’t reason enough to stay way from energy shares, there’s an additional hazard for buy-and-hold investors, uncertainty about the sustainablility of dividends. A massive slump in oil prices in the first quarter has forced some of the largest gas and oil producers in the US to either freeze or slash their payouts.

In April, Royal Dutch Shell (NYSE:) cut its dividend for the first time since World War II, reducing it by 66% to $0.32 a share per quarter. Around the same time, oilfield services provider Schlumberger (NYSE:) slashed its dividend by 75%, its first cut in at least four decades. For the moment, oil and gas services company Halliburton (NYSE:), has made it clear they’ve held off cutting but would have no qualms doing so if necessary. 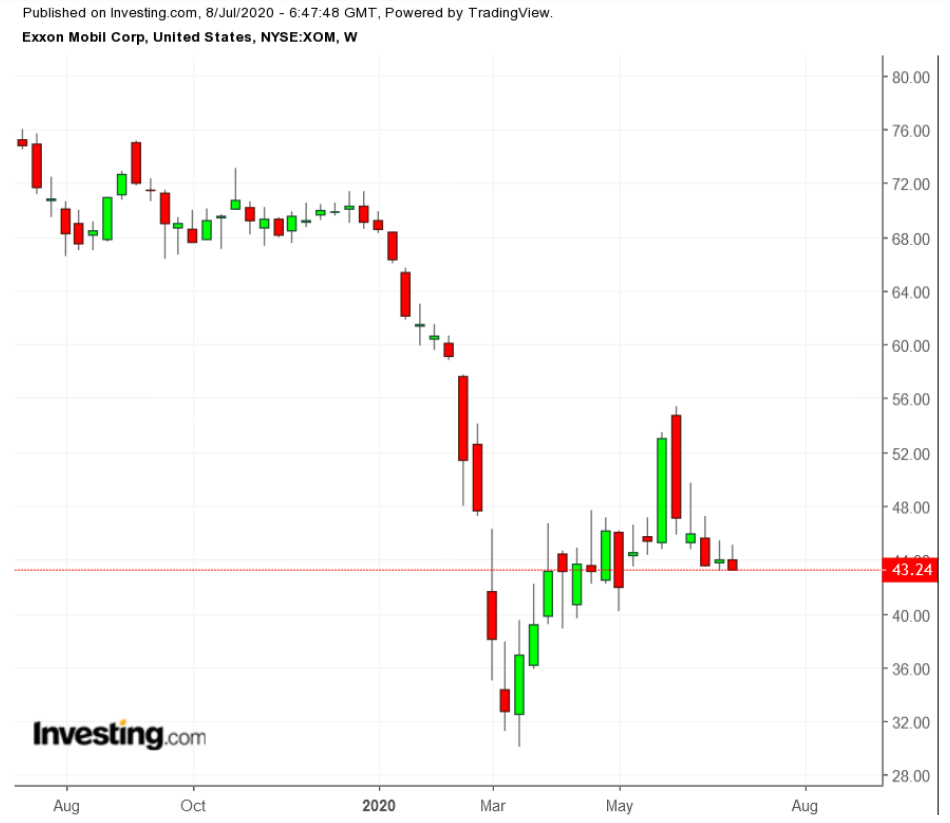 Exxon and Chevron are among those energy majors which have so far averted cutting their payouts, but that situation could change if the world sees another dip in demand, or the alliance to control supplies among OPEC+ producers falters.

Exxon warned investors last week that the company is likely to report a second straight quarterly loss when it releases Q2 2020 earnings on Friday, July 31, before the open.

Lower oil and gas prices will likely drag down production profits by an estimated $2.5 billion to $3.1 billion compared with the , the producer said in a regulatory filing. That unit reported $536 million in profit in the first quarter.

Exxon expects that tighter margins on turning oil into fuels such as gasoline and diesel and higher costs associated with moving crude around North America will reduce refining profits by some $800 million to $1.2 billion from the prior quarter. The refining business posted a $611 million loss for the first quarter. Shares of Exxon closed at $43.24 on Tuesday, down 2.59% for the day.

Oil stocks, in our view, don’t make a compelling investment case in the current economic environment. Their profits are declining and their dividends are under threat.

These companies are most exposed to negative headwinds, including from oversupply in oil, natural gas and liquefied natural gas. That situation is unlikely to change as long as the pandemic keeps accelerating and sentiment shifts away from fossil fuels.

As ETF Launches A £167 Million Fund Are Investors Warming To Profit And Purpose...

How Entrepreneurs Can Help Shape The Digital Economy

Microsoft has announced that Lobe, a machine learning tool which helps people apply deep learning and AI models quickly - without the need...

How To Balance Tech And Everything Else In Life