Equities in Europe slumped on Wednesday, for the second day, while US futures for the , , and fluctuated, after data on rising cases of COVID-19 around the world signaled there’s still a long road ahead for a true global economic and pandemic recovery.

The dollar fell and gold jumped. Oil continues to hover around the $40 level.

US futures were down at the time of writing, in a volatile session, as contracts continue to be exchanged between traders who want out and those who still believe there’s more upside for equities.

The Index opened lower, dragged down by energy companies and banking firms, as the continued rise in confirmed coronavirus cases—currently at 11.8 million globally and more than 544,000 fatalities—dispelled the outlook for a V-shaped recovery.

London-listed HSBC Holdings (LON:) dropped 3.5% after that President Donald Trump’s top advisers were considering punishing banks in Hong Kong by undermining the ‘s peg to the USD, which could potentially limit the Asian city’s financial institutions from acquiring US dollars.

Australia’s led the declines, (-1.5%), while China’s outperformed for a third straight day, (+1.7%) as the broader public continues to be lured into the equity markets, on the optimism generated by a front-page editorial in a local journal suggesting the government will support the country’s financial market.

Yesterday, during the New York session, equities dropped. Hotel and airline airline shares , on indications the economic recovery isn’t fully underway yet, after German and disappointed.

For every stock listed on the that climbed, six declined.

However, the tech-heavy , after posting a new all-time high on Monday, was dragged down by mega-cap technology giants Microsoft (NASDAQ:) and Amazon (NASDAQ:). The index finished Tuesday lower. 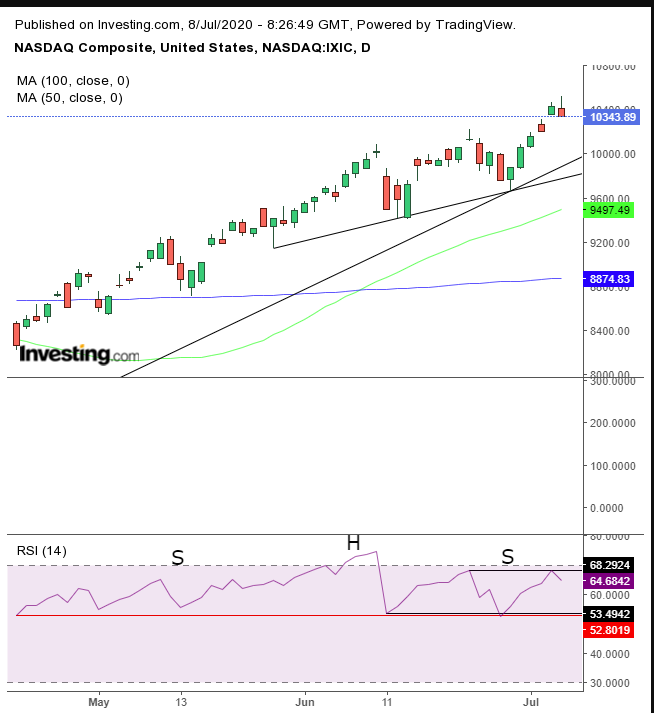 The NASDAQ trimmed Monday’s surge, producing a shooting star, after a month-long lethargy. The RSI provided a negative divergence and might be forming a H&S top.

Yields, including for the Treasury, found their footing after retreating from a broken trend line. 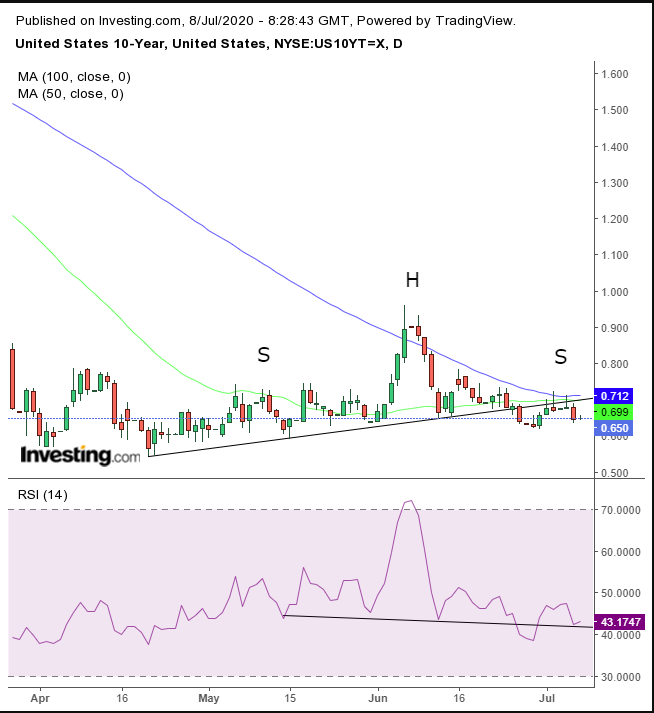 Rates may be developing a H&S continuation pattern. 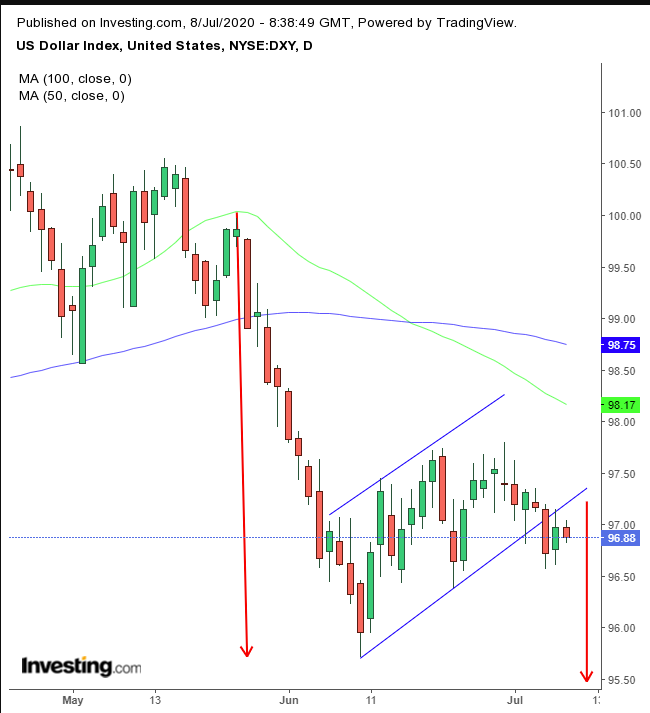 It traded below its for a third day, reducing the likelihood of a bear trap. 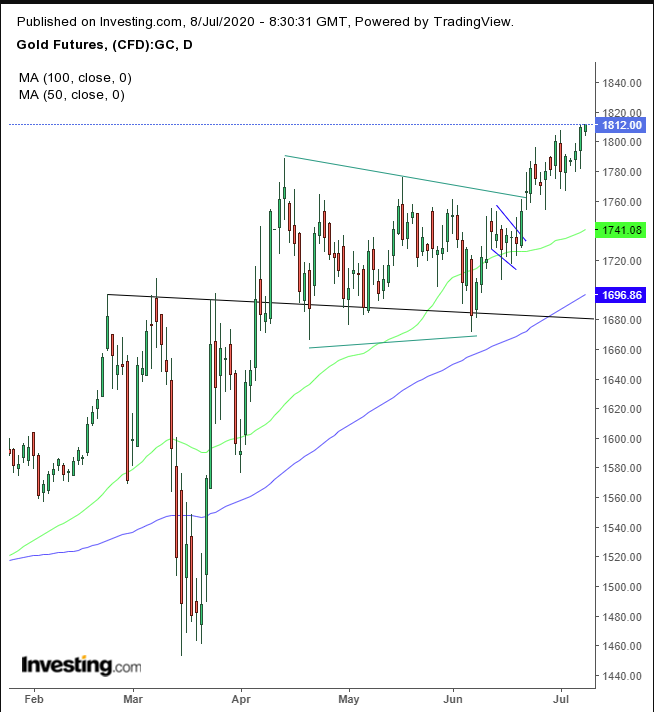 After a long wait, the precious metal appears to be heading toward the objectives signaled by the symmetrical triangle and H&S patterns. ?

was flat, trading around $40.55, after the API reported a surprise gain in crude stockpiles.

Ruth Porat On Leading Through Crisis And Google’s Latest Moonshot To Rebuild The U.S....

“Supporting the future of Syria and the region” conference: new financial...