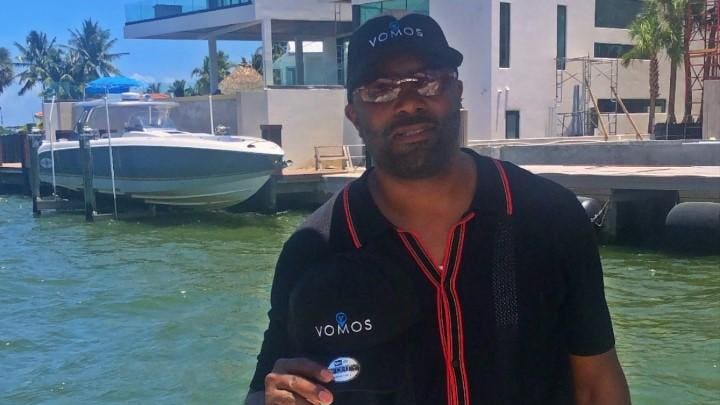 The U.S. airline industry, which likely won’t see passenger volumes resume to normal until 2023, has taken a huge hit from the ongoing pandemic. But one private travel company has seen an uptick in clientele since the start of the crisis.

With people inquiring more than ever about traveling while adhering to social distancing orders, VOMOS, a company that specializes in private jets, yacht charters and premium vacation rentals, has seen a surge of new requests.

“2 or three days after stay-at-home orders were lifted in Miami and other locations, there was a two-and-a-half day period where we received 300 requests from clients looking for aviation and vocational services as they looked to relocate and reunite with their family and friends,” VOMOS CEO Mark McNeil tells For(bes) The Culture.

VOMOS has also played a role in reuniting players with family in the aftermath of the NBA season ending. The Philadelphia 76ers and VOMOS already had a multi-year sponsorship partnership wherein VOMOS provided ground transportation for the team.

“Many people are still afraid to fly commercial,”  McNeil says. “And as airline routes are being cut back, it is also more difficult to find space on available flights.”

Mcneil founded VOMOS in 2016 after combining several years of resources and connections in different industries. With the rise of application-based transportation and tourism companies such as Uber, Lyft, Airbnb, Wheels Up and Turo, McNeil wanted to take advantage of this trend in the digital space. Right now, prospective clients can book services via VOMOS’ website, but Mcneil is also developing an app that’s currently in beta testing.

McNeil spoke to For(bes) The Culture about how he got into the premium travel business, how the need for private travel has increased during the pandemic and where he sees the industry going after the health crisis is resolved.

For(bes) The Culture: What made you get into the premium travel business in the first place?

Mark McNeil: I initially got into the entertainment business prior to being in the premier traveling industry, specifically nightlife. I was spending a lot of money. I could see that I was bringing in artists for $15,000 to perform a gig. When I looked at the rider and the ground transpiration taking them from New York and back, it was costing me a quarter of what I paid them.

So, I made the decision to purchase an SUV and a van to eliminate that cost of allocating money to a limo agency. I have always been a car fanatic; I would purchase an Escalade or a Mercedes S600 to transport these artists around.  They began to inquire about possibly having these same cars in their music videos. That led to requests inquiring about using the cars for their weddings and prom nights. After that I thought to myself: this can turn into a business. After conducting some research to see if there were any other similar luxury businesses out there (this was back in 2003), there were maybe two or three in the country. That sparked the idea to get into the luxury and exotic rental car space.

Later I noticed that the same clients that were renting my cars also flew private and rented houses in the Hamptons. That all-in-one business model that I successfully ran for many years was called Premiere Luxury Rentals. We offered private jets, vacation homes, exotic cars, limousines and yacht charters.

For(bes) The Culture: How did your services at Premiere Luxury Rentals turn into your new business venture VOMOS?

McNeil: I ran Premiere Luxury Rentals from 2003 to 2012 and right around this time I started to see companies like Airbnb, Uber and VRBO popping up online and not owning any inventory, yet they were receiving these insane evaluations and I was sitting with $100,000 in monthly car payments. I started to research and discovered the digital space was the next big thing. You do not necessarily own any inventory, but it is about creating a platform where people can come from all over and use these types of services. I decided to take all my years of collecting contacts and turned it into what is now VOMOS. I called it the first U.S. solution that focuses solely on high-end luxury services. You have different companies like Airbnb, Uber, Wheels Up and Turo, and they are all market leaders in specific sectors. VOMOS brings all of these services under one roof.

For(bes) The Culture: Has there been any difference in bookings before and during Covid-19?

McNeil: Before Covid-19, we had a steady flow of business and as soon as Covid-19 hit, we saw a surge in clients. A lot of our clientele consisted of athletes, entertainers and business owners. The surge was [partly due to] NBA players looking to reunite with their families once the NBA season came to a halt back in March.

For(bes) The Culture: What are some of the frequent vacation spots that your clientele has desired to visit over the past couple of weeks?

McNeil: Some of the most frequent destinations in the last couple of weeks for our clients have been Miami, Florida, Los Angeles, California and Cancun, as they are looking for a change in scenery from their primary houses during the season.

For(bes) The Culture:  How do you anticipate business being affected by the NBA resuming the season in Orlando at the end of the month?

McNeil: We have already been getting players from their homes back to their teams at the practice facilities. It looks like a lot of the players are going to end up landing in Orlando and I cannot imagine we are going to be flying the players themselves. I can imagine an uptick in business in terms of housing for the players’ families. I see us doing a lot of business with vacation rental homes in Orlando and flying the families in private.

For(bes) The Culture: After the global health crisis has calmed down, where do you see the hospitality, travel and tourism industries in the next five years?

McNeil: I think people have cabin fever, and they are looking to get out and travel. However, I think they are looking to do it in a way where they can reduce their chances for exposure to coronavirus. With clients wanting to fly private to control the number of people around them, I personally believe that businesses such as mine that offer these premium private options will do extremely well.

Full coverage and live updates on the Coronavirus

Coronavirus: PM says Covid ‘complacency could be our undoing’

The Ultimate Guide To Starting A Side Hustle Part 3: Managing...

Seven Lessons On Raising Funds During A Seed Round