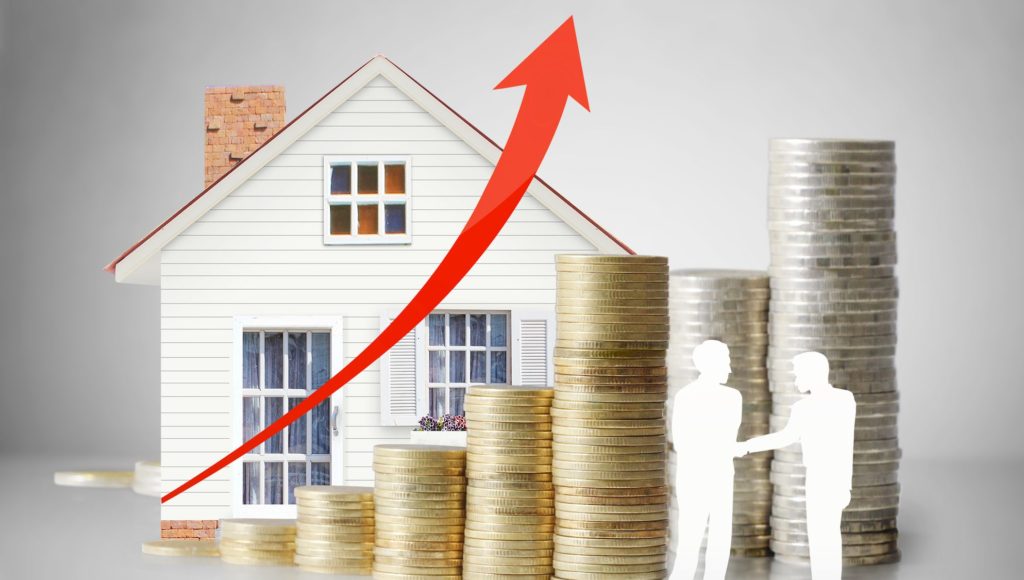 Who would have thought that this summer, with the number of COVID-19 cases surging and new rounds of restrictions and shutdowns, would yield one of the most competitive housing markets in recent memory? Nonetheless, home prices have hit record highs as buyers are battling it out across the nation over a limited selection of reasonably priced abodes.

In July, the median home price shot up 8.5% year over year, to hit a new all-time high of $349,000, according to the most recent realtor.com® data.  And those mind-boggling high prices, shooting up in the middle of a recession with the worst unemployment since the Great Depression, are a direct result of the pandemic.

Buyers paid a median $27,000 more for a home in July than they did last year because the supply of available properties for sale plummeted at the same time that demand for them had skyrocketed.

“When the pandemic helped tip the U.S. economy into recession, most homeowners and home buyers braced for falling house prices,” says realtor.com Chief Economist Danielle Hale. “That’s what happened in the last recession. But that’s not what we’re seeing in today’s market. We had a housing shortage already, and the pandemic has created conditions that have only worsened it.”

The total inventory of homes on the market is about a third less—roughly 440,000 properties short—than what existed last summer. In some parts of the country, new home construction was delayed or paused in the spring in the beginning of the pandemic. Meanwhile, many sellers nervous about contracting COVID-19 from buyers touring their homes put off plans to list their residences or pulled them off the market. Many of those listings have yet to go back up.

This intensified housing shortage collided with scores of buyers hoping to quarantine in larger abodes and take advantage of the lowest mortgage interest rates ever.

Buyers who were sidelined by the virus in the spring are now jockeying with those who had planned to buy in the summer. And they’re competing with those who had no plans to move until the stay-at-home orders created a burning desire for additional square footage and a big backyard in which to ride out the crisis.

The reduced rates are a consequence of the federal government’s actions and the response of investors to the turbulent economy.

“We have this market imbalance tipped pretty solidly in favor of sellers at this point,” says Hale. “Yet many homeowners believe that now is still not a good time to sell.”

This has led to a return to bidding wars and offers over asking price, which is helping to drive up home prices. And it doesn’t look like they’ll be coming down anytime soon.

Prices shot up even more in the latter half of the month, rising a median 9.1% in the weeks ending July 18 and July 25 compared with the previous year, according to realtor.com data.

Where are home prices rising the most—and where are they down?

Some Northeastern housing markets that were devastated in the spring by the pandemic have rebounded—and then some—as their number of positive cases has fallen. But prices are also up in California and Midwestern cities where the residents are currently being infected at higher rates.

Of the 50 largest metropolitan areas, annual prices rose the most in Pittsburgh. Median prices in the Steel City and surrounding area were 25% higher in July than the previous year, hitting a median $249,950.

Metro areas include smaller towns, cities, and suburbs. These areas outside of the densely packed cities where buyers can get more square footage and outdoor space for their money and have an easier time maintaining social distance have become more popular as the pandemic has dragged on.

“The U.S. housing market performance is closely mirroring COVID[-19]’s path, which is providing clues into what we can expect for various housing markets in the months to come,” Hale said in a statement. “After being particularly hard hit in March and April, new coronavirus cases remain stable in the Northeast and we’re seeing buyers return to the market in force.”

Home prices fell in only two of the nation’s 50 largest metros: Miami, where they dipped 1.5% compared with last year, and Orlando, FL, where they ticked down 0.9%. Median home prices were $403,826 in Miami and $320,050 in Orlando. The Florida cities have been hard-hit by the coronavirus, which may help to explain the declines.

Bullish Behavior May Persist Ahead of FOMC Minutes