This week, some of the hardest hit companies from the pandemic reported their third-quarter earnings. Investors who have some dry powder wait for quarterly numbers before triggering a buy, as these reports offer insight into the future and whether the worst is over.

We have analyzed earnings from some of the top U.S. banks to understand if this is the right time to take advantage of their shares trading near the lowest levels in the past 10 years.

Provisions For Loan Losses Are Flattening

One of the most important numbers investors look at while analyzing bank earnings during times of economic distress, like the current global health crisis, is their provisions for loan losses. This number tells us what portion of their loan advances could go into default as their customers—both individual borrowers and big corporations—go through economic pain during a recession.

The latest reports clearly show that loan losses are stabilizing and the worst is probably behind us.

JPMorgan (NYSE:), the nation’s largest bank, set aside just $611 million for potential future loan losses, far less than expected and way below the $10.47 billion it booked in the second quarter. The lender’s doubled from the second quarter.

“We are seeing a return to the fundamentals of a generally sound underlying economy but we won’t get there until we have fully addressed the health-care crisis and its associated effects.”

Provisions for the loans expected to go bad also dropped to less than half at Wells Fargo (NYSE:), one of the worst-performing banks. Despite slowing provisions, the lender still a 56% slump in profit.

Diversification Is Paying Off

The current earnings season has clearly shown lenders that invested heavily to diversify their businesses are in a much better position to weather the storm. While their net interest income declines due to the near-zero interest rates, their income from trading and investment banking is surging.

Goldman Sachs (NYSE:) surprised investors yesterday by saying its profit nearly doubled, helped by its trading business, which accelerated this year as investors rushed to rebalance their portfolios incorporating a prolonged period of low interest rates and heightened economic risk in their models.

Goldman’s trading revenue rose 29% from a year ago, and fees from underwriting corporate stock and bond offerings soared 60%. The bank’s own portfolio of investments rallied along with the stock market. Trading revenue rose 30% at JPMorgan and 17% at Citigroup (NYSE:). 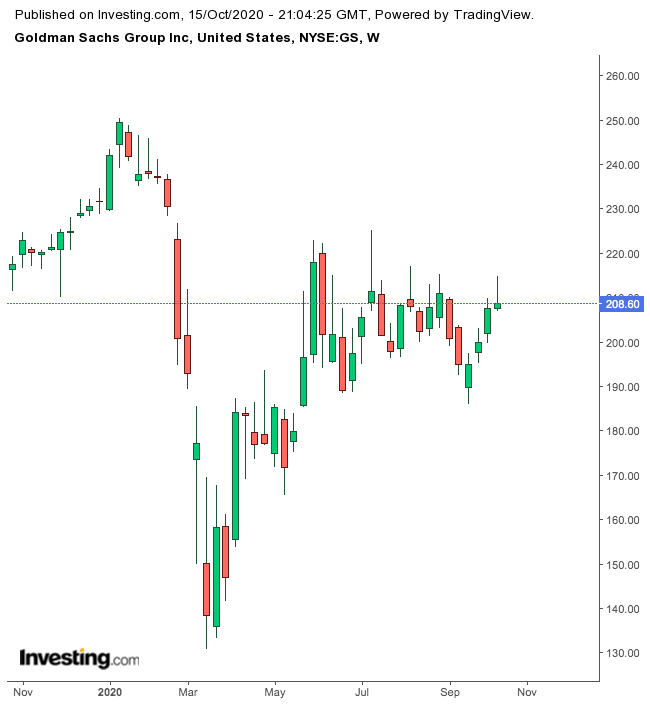 Despite these bright spots, investors’ interest in owning bank stocks remains low. Shares of JPM and Bank of America, for example, are down close to 30% this year, massively underperforming the . 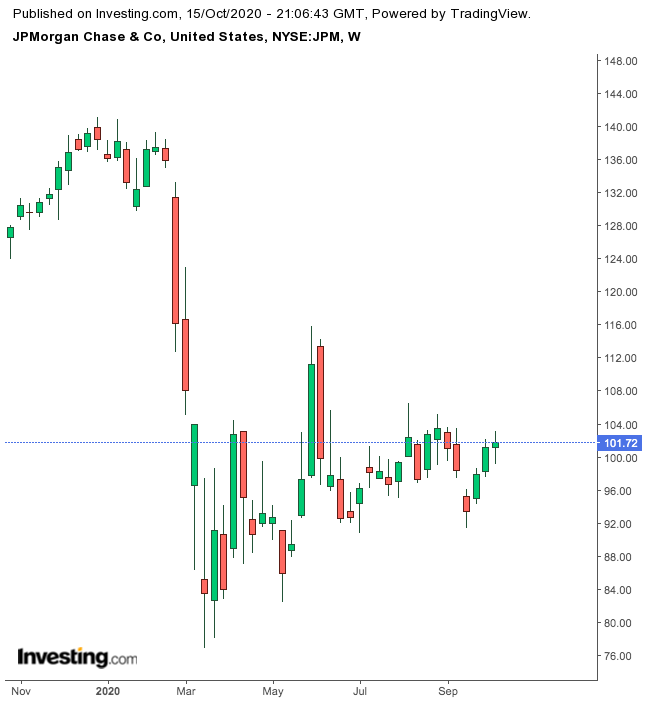 But that weakness, in our view, offers a good opportunity to long-term investors to start selectively buying stronger names. 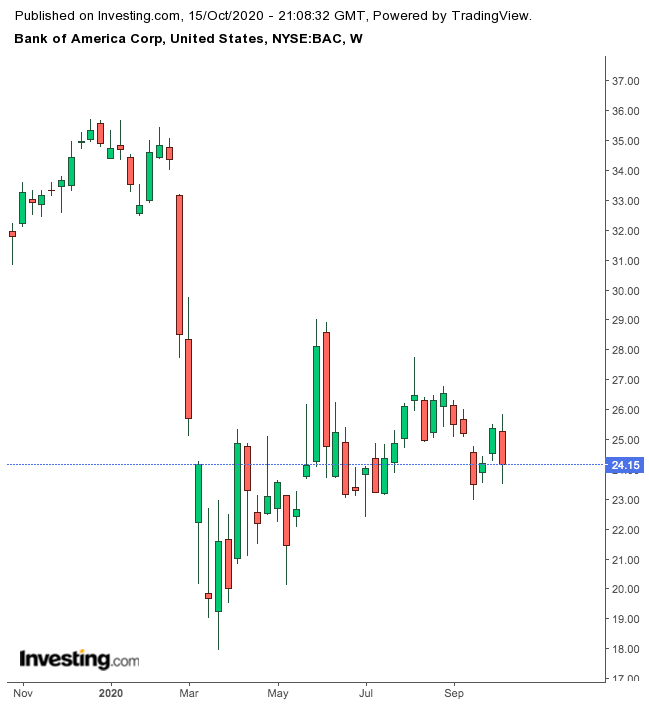 According to analysis in the Wall Street Journal:

“Unlike the 2008 crisis, when over-leveraged banks teetered and clients pulled their cash, today’s lenders look safe for now—a sign that regulations put in place after the last crash have served their purpose.”

Their capital ratios, a closely watched measure of soundness, have all held steady or increased since the end of last year, the report added.

Goldman, JPM and BAC are our favorite stocks from this sector due to their balance-sheet strength and their diversified portfolios. Their stocks are unlikely to gain momentum in the short-run due to pandemic that continues to rage and the U.S. elections just round the corner. But once these uncertainties are out of the way, we see these stocks regaining their lost ground, potentially offering a huge upside to long-term investors.

Coronavirus restrictions announced across Europe Pelosi and Mnuchin said to “narrow their differences” Key EventsContracts on the , , and rebounded on Tuesday...