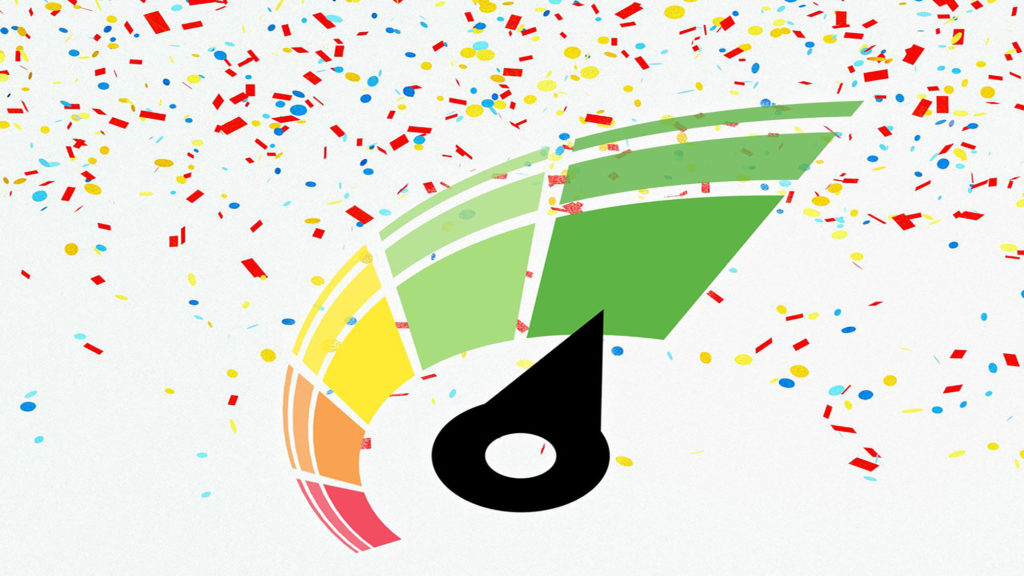 Millions of Americans lost their jobs and skipped debt payments this year. You wouldn’t know it looking at consumer credit scores.

While the coronavirus was pummeling the U.S. economy, Americans’ credit scores—a metric used in nearly every consumer-lending decision—were rising. The average FICO credit score stood at 711 in July, up from 708 in April and 706 a year earlier, according to Fair Isaac, the score’s creator. Early estimates suggest the average score has held steady through mid-October at the July level, which is the highest since FICO began keeping track in 2005.

The increase is largely thanks to the unprecedented financial assistance the government and lenders rolled out to consumers after the pandemic took hold in the U.S. Stimulus payments and expanded unemployment benefits helped many borrowers keep up with their bills and, in some cases, even pay down their debt. Widespread payment holidays on mortgages, auto loans and student loans freed up funds and kept credit reports clean.

American consumers’ ability to withstand such a severe economic shock is undoubtedly good news—an outcome that few would have predicted in the pandemic’s early days. But for lenders, the rise in credit scores is yet another confounding factor that is making it difficult to assess risk.

During the last downturn, loan delinquencies rose along with unemployment, and credit reports reflected missed payments in short order. That hasn’t happened this time, yet millions of Americans are still out of work and surviving on unemployment benefits. The disconnect has scrambled lenders’ underwriting models and sent them in search of new ways to evaluate applicants’ creditworthiness.

One big fear is that consumers’ credit quality could begin to sour if Congress doesn’t reach a deal on additional aid for the unemployed. “We’re afraid that in a couple months there could be real damage to credit reports,” said Francis Creighton, chief executive of the Consumer Data Industry Association, which represents credit-reporting firms.

FICO scores, which range from 300 to 850, are calculated using the information in consumers’ credit reports, including the ratio of credit-card debt owed to total spending limit, payment history and prior loan applications. They don’t take into account employment history or income.

Ethan Dornhelm, vice president of scores and predictive analytics at FICO, said the scores are typically lagging indicators. In the last downturn, credit scores bottomed out at 686 in October 2009—months after the recession officially ended.

“First the macro stress occurs, and then it takes a few months for the strain to show up in people’s credit reports,” he said. Deferment programs and government stimulus “are having a further effect of pushing out that stress for many people.”

Dee Donnell’s credit score was in the low 500s—deep in subprime territory—in February, when she lost her job at a health-insurance company. The 45-year-old used part of her severance to pay off roughly $10,000 of credit-card debt, which she said was costing her $600 in minimum monthly payments. She was able to cover her other bills with her remaining severance, savings and her $1,200 stimulus payment.

In July, Ms. Donnell got a job working in compliance for a startup. Her credit score is now nearly 700.

“Covid forced me to really look at my finances,” she said.

Lenders have been tinkering with their underwriting models since the pandemic began, according to senior executives at large banks, in an effort to avoid approving loan applicants who are unemployed and on the verge of running out of government assistance. Some are also looking to identify existing customers at higher risk of default.

To spot these risks, big banks including JPMorgan Chase, Bank of America, Wells Fargo and Citigroup are seeking to augment credit reports and scores with real-time income or cash-flow data, according to people familiar with the matter.

That involves reviewing their own bank-account data when evaluating certain applicants. Some are weighing using information from other financial institutions. (In most cases, they would need an applicant’s permission to use that bank-account data in the underwriting process.)

Lenders are interested in the data to evaluate new loan applicants, specifically, those seeking credit cards and other loans that don’t typically require income documentation. Some are also discussing using cash-flow analytics—for example, a lag in deposits indicating a recent layoff—to determine whether to cut existing borrowers’ credit lines.

Finicity, a financial-technology company, has been in talks with banks about providing some of this data. “We are convinced that new ways of assessing credit eligibility, like reviewing personal cash-flow data, offer a truer reflection of risk, and many banks are quickly coming around to that idea,” said Chief Executive Steve Smith.

Dormant credit-card accounts are seen as particularly risky these days. Lenders are worried customers will reach for them when unemployment runs out, so they are trimming credit lines and closing some accounts altogether. Even customers with credit scores in the mid-700s—generally seen as more creditworthy and eligible for lower interest rates—haven’t been spared.

Despite lenders’ concerns, there is evidence that Americans are giving priority to debt payments in the pandemic. In a June survey of about 1,300 households, the Federal Reserve Bank of New York found that those who got stimulus payments used 35% of the funds to pay down debt.

Ben Rohrs, 42, was laid off from his job as a technology product manager in March. He and his wife paused their roughly $5,000 monthly mortgage payment for six months, and used the freed-up funds—plus unemployment and his wife’s income—to keep up with their credit-card bills.

Mr. Rohrs started a new job last week. His credit score is close to 830, around where it was in March.

“I just feel really lucky that there was the increased unemployment insurance, and having a mortgage deferral was huge,” he said.

The Leader Driving The Industry Into A Circular, Purpose-Driven Future

Chart Of The Day: Bitcoin May Fizzle After Bump-Up In Mining Difficulty

we need a new certification scheme to protect forests