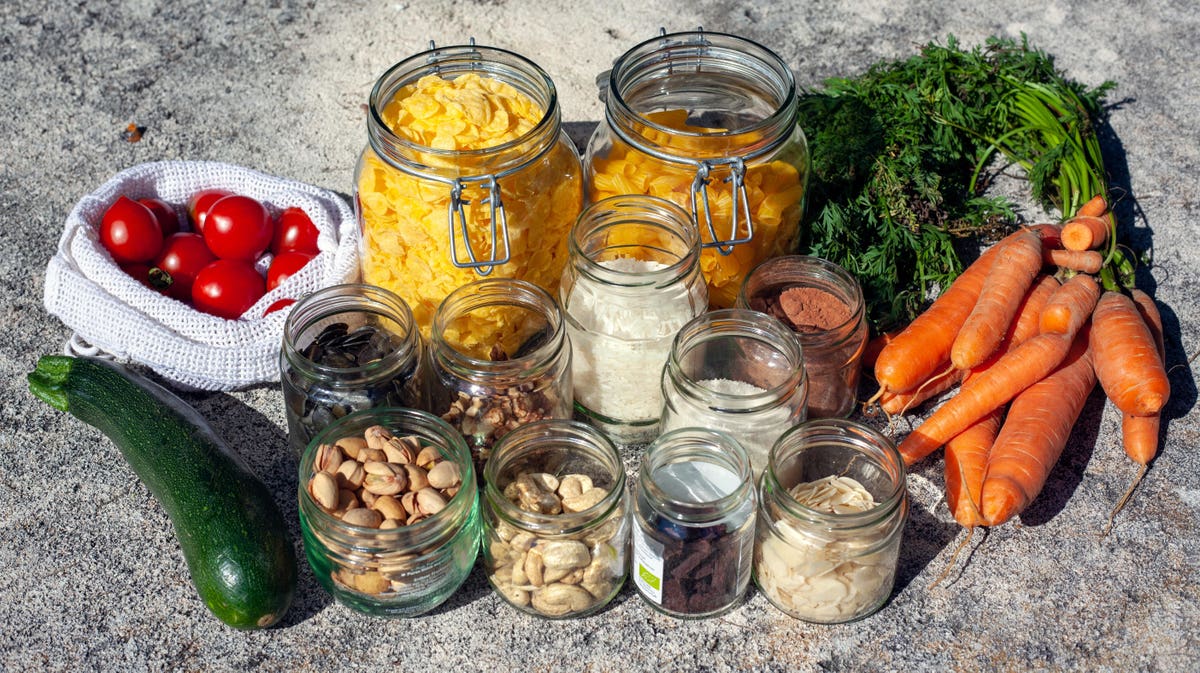 The circular economy is the idea of keeping materials in use for as long as possible in order to eliminate waste. That’s all very well when it comes to wearing preloved clothes or furniture recommerce, but how does the concept apply to the idea of food waste?

On paper the answer is easy – produce only what we need in the right locations. We are a long way off that, so what else? Another answer may lie in an ideal that can be summarised as: what starts on the farm is returned to the farm. In other words, food waste can be harnessed to generate energy or for composting, theoretically closing the loop. Again, the theory is quite a way off the reality.

Of course, in addition to the food waste itself, there’s plenty of non-food waste generated by the food industry in the form of CO2 emissions and packaging.

It’s a shocking fact that a third of all food produced globally goes to waste. Put another way, that’s $1 trillion worth of food going to waste annually, or 1.3 billion tonnes. It takes 25% of the world’s fresh water supply and an area the size of China to grow the food that never gets eaten. Less than a quarter of the food wasted in the US, UK and Europe could feed all the hungry people in the world – nearly a billion of them. I hope these stats set the scene.

FAO estimates that by 2050, the world will need to have increased global food production by 60% to feed a population approaching 10 billion people. So isn’t the pressure on food production a big enough issue without the extreme waste? Reduce the waste and reduce the pressure? And at the same time reduce the food industry’s adverse effects on the planet. Sounds obvious. Producing more new stuff means generating more greenhouse gas emissions, which contribute to global warming – and with the food system currently accounting for a quarter of all emissions, that’s a huge deal.

So what does this waste look like? It’s more than just what we see as consumers: more than just food on shelves going unsold and then going past its sell by date, or food we’ve bought going off in our fridges and cupboards and being thrown away uneaten. The waste starts earlier in the process. The rejects in the production line. The offcuts. The machine blockages. At the point of production, this has to suggest it’s cheaper for the producer to waste than to prevent the waste. But what can be done?

As consumers, we can do our bit. We can plan meals more effectively and only buy what we need. We can fill up our food waste kitchen caddy and start a compost heap. We can order the specials at restaurants (if we’re in the right tier), which are often designed to help restaurants sell stockpiled food! But to really tackle this issue, change needs to come from the food industry as a whole. So what are the pioneer circular economy companies doing to drive change in the food industry?

Karma lets you eat out on a budget by ‘rescuing’ unsold meals that you pay 50% less than the usual price for. Oddbox is a similar idea for fruit and veg, allowing you to “Rescue odd and surplus fruit and veg directly from the farm and help save the planet”. Winnow, meanwhile, provides artificial intelligence solutions to the hospitality industry, cleverly assessing which food types are going to waste and allowing kitchens to save money as well as reduce food waste.

A company called nibs etc uses waste orange pulp to make new food products, such as granola. I truly believe that there’s no point setting up a business in this day and age if it isn’t sustainable, because even if you do get traction, you’re riding a wave of times past. Chloe Stewart, founder of nibs etc told me “if a company is harming the planet from which it is striving to profit, ultimately the business model itself is unsustainable”. A view which mirrors my own. Long-term success and a responsibility to the planet go hand in hand.

Interesting, a challenge that Stewart faces, is how to get the green light to use certain ingredients that are classed as ‘waste’, to make her products. By-products have a different nutritional value to the products we’re used to consuming and there is no established path to obtain those nutritional credentials. A paper trail is needed and perhaps understandably, investigating the nutritional value of ‘waste’ has not been top of the ‘to do’ list for the relevant authorities.

One of the bigger names in the food waste reduction game is Olio, a free app that connects people who have food (and other things) they don’t want or need, with nearby neighbours who can make use of it. Founded as a North London initiative by a farmer’s daughter who has first-hand experience of the amount of work that goes into producing food, Olio has gathered pace to become a global movement with 2 million users in over 50 countries. It’s so far enabled the sharing of over 6 million portions of food – the equivalent of taking 20 million car miles off the road and saving 20 billion litres of water.

Olio founders Tessa Clarke & Saasha Celestial-One, point out that in developed countries half of all food waste takes place in the home. With over half the food added to the app requested within an hour, it has shown that there’s a big market for unwanted food out there. And that’s just as well, given that Tessa and Saasha describe their vision for the next ten years as an “unashamedly bold one”: over a billion OLIO users within the next ten years. “That’s because we simply cannot continue to throw away 1/3 of all the food we produce,” they say, “whilst at the same time be puzzling over how to solve the climate crisis and feed a world of 10 billion people.”

As these innovative companies are showing, it’s possible that a circular approach can remedy many of the challenges with waste in today’s food industry.

Startups Are Key To Post-Covid Recovery, But Prospects Are Bleak

How A 70-Year-Old Entrepreneur Reinvented The Invisible Fence

India has the second highest number of Covid cases in the world. November was the deadliest month for the capital Delhi, which...

How This Former C-Suite Left Her Career To Launch A Hair...

5 Ways To Manage Your Time During Crises