Home Entrepreneurs How A British Graphic Novel Publisher Is Leading The Battle Against Fake... 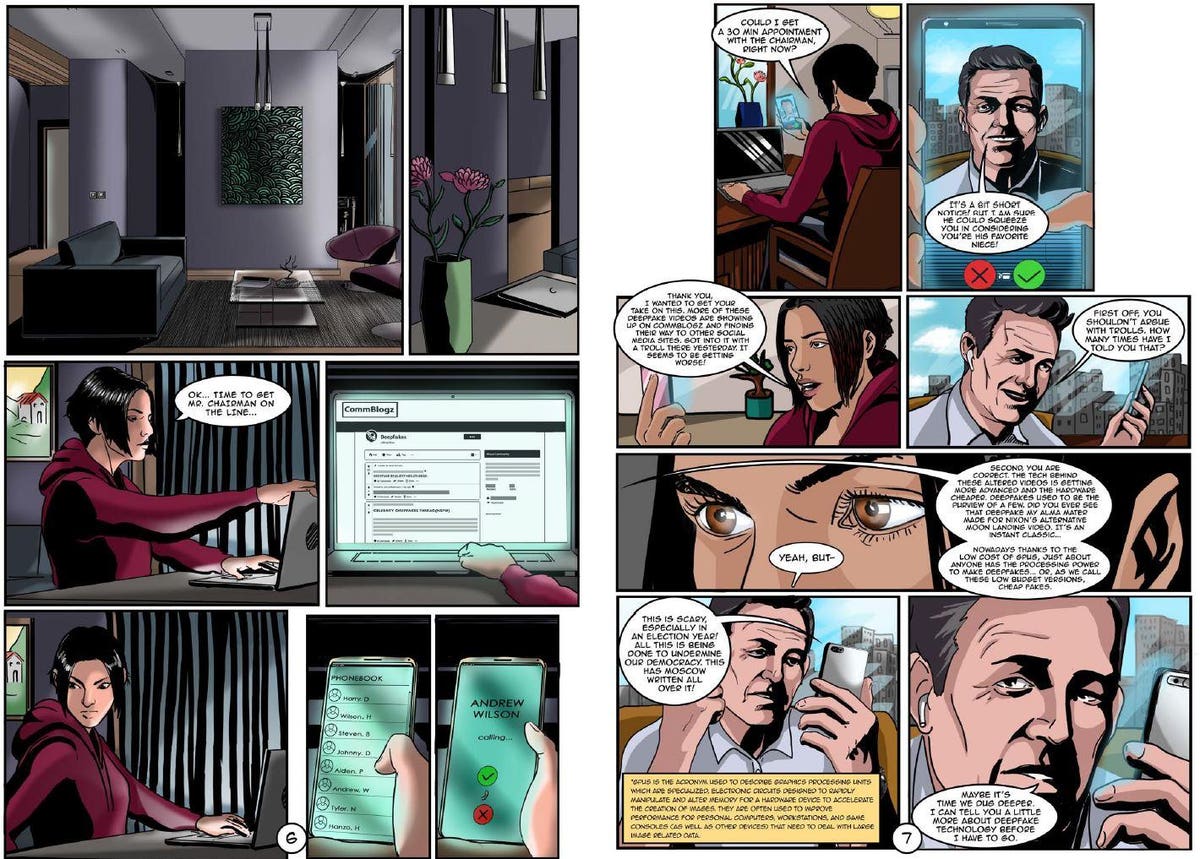 A small British publisher of graphic novels might not be the most obvious first port of call for those charged with combatting fake news about the US election. But when the US Government’s Cyber Infrastructure and Security Agency (CISA) needed help in the run-up to next week’s Presidential election, it turned to London-based Erly Stage Studios, which believes this form of media can play a crucial role in raising awareness about a range of important topics.

The result is Real Fake, an online graphic novel just published by Erly Stage, which is the first in a series of publications that CISA hopes will highlight the threat posed by online disinformation – particularly for a young adult audience who may be voting for the first time in this year’s election, or becoming more politically aware and preparing to vote in future polls.

Real Fake tells the fictional story of Rachel O’Sullivan – “a gamer, patriot and member of Symous – a group fighting disinformation and foreign interference in elections as polling day approaches”. Farid Haque, the founder and CEO of Erly Stage, explains: “Our stories are always grounded in reality but told through fiction; this is how we entertain as well as inform our readers.”

Erly Stage has certainly come a long way since Haque set up the business seven years ago. He was convinced serious graphic novels offered a fantastic opportunity to engage and inspire young audiences. Working with educators, artists and storytellers, Haque began with a series of publications focused on history and then expanded the range with a series on the economy, including a popular guide to the global financial crisis.

However, it was a chance meeting in a bookshop that saw Erly Stage begin to build an international business. “I’m a big fan of the work of Max Brooks [the US actor son of Hollywood legend Mel Brooks who has written several graphic novels] so when he published The Harlem Hellfighters on the first Black regiment in World War One, I rushed out to buy a copy,” Haque recalls. “I hadn’t even realised Brooks was in the shop at the time, but when the assistant introduced me, he was incredibly generous with his time and I started showing him our history titles.”

Brooks would go on to become a member of Erly Stage’s advisory board and has introduced the company to a number of useful US contacts – including the former FBI agent Clint Watts, one of the leading American advisers on cyber security and combatting disinformation and misinformation. Watts has played a crucial role in helping Erly Stage to develop Fake News.

Publication could hardly be more timely, Haque argues. “We’re focusing on the bad actors who are persistently and continuously bombarding us with disinfomation, using industrial production techniques such as troll farms and bots,” he says. “They have become more sophisticated than ever before.”

In this environment, anyone who consumes content online needs to be ready to question what they see, but most of us are ill-equipped to do so. “We have to find new ways to engage with people through mediums that use soft power and creative messaging, rather than being seen to preach,” Haque argues.

Graphic novels are one such medium, Erly Stage believes, particularly where publishers work with educators who know how to build understanding and awareness constructively. In this regard, Haque singles out the contribution to Real Fake – and the broader forthcoming Resilience Series –  made by Michael Gianfrancesco, an American teacher known for his advocacy for more use of graphic novels in education, who worked with Erly Stage on the script.

Ensuring the next generation of voters understand how a range of bad actors seek to manipulate them online is crucial for democracy and societal good, Haque believes. “There is now a real need for schools and public authorities to educate young people on how much fake news there is across all forms of media,” he says. “People don’t know what fake news really is.”

That imperative is global, of course, but as a British company, Erly Stage is naturally keen to work with policymakers in the UK. “We would love to get in front of the government here and talk to them about how we can help them build engagement,” Faque says. “Every government in the world now has to face this challenge.”

In the meantime, Faque and his collaborators at CISA hope Real Fake can play a role in helping US voters spot disinformation in the run-up to next week’s election. A second title in the series is due out in a few weeks.

US Dollar Vulnerable Around Fed Meetings

Week Ahead: Sino-U.S. Clash To Roil Stocks; Dollar To Slip As Gold Gains

Coronavirus: When did care homes go into lockdown?

Public speaking is a great way to gain exposure for your brand and a reputation for expertise in your field. Speaking engagements allow...

The Citizen Sector Is Being Called Upon