Home Entrepreneurs Self-Employed Women Are At A Higher Risk Of Having Poor Mental Health,... 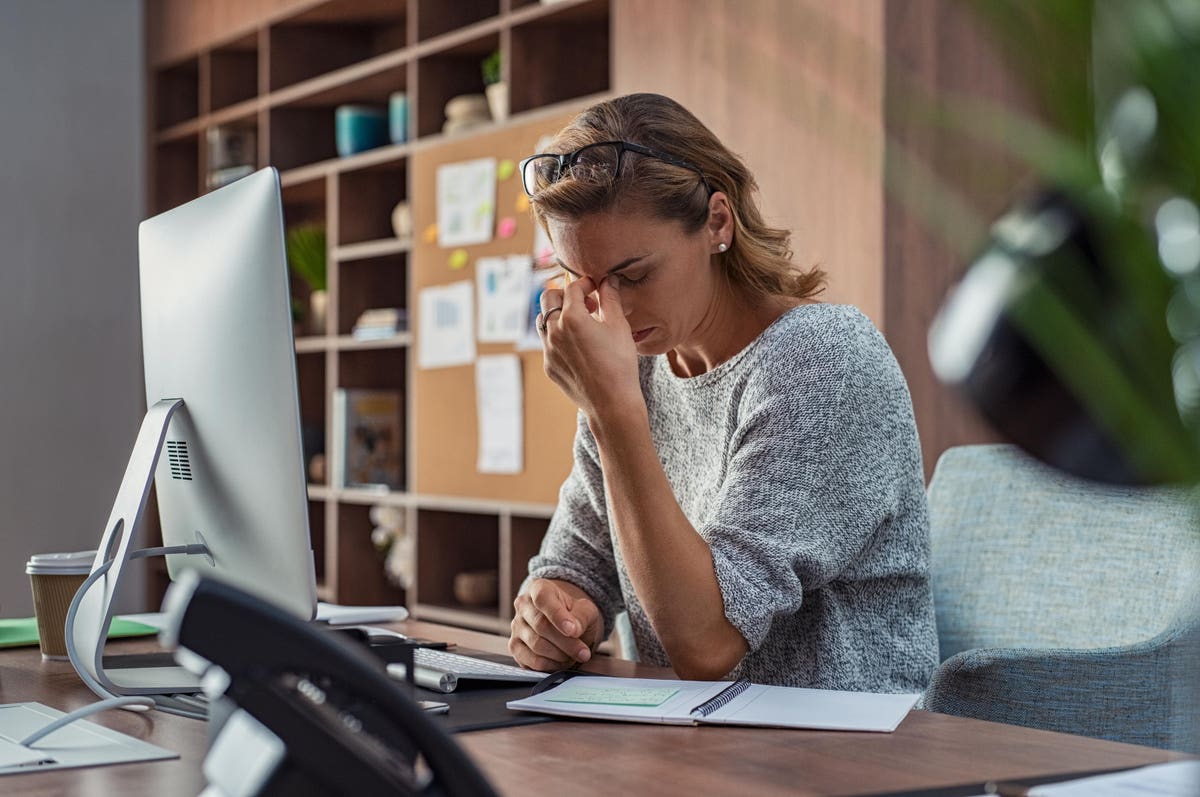 Freelance work is growing rapidly. According to the Global Entrepreneurship Monitor 2018/2019 Report on Women’s Entrepreneurship, there are an estimated 252 million women globally who are entrepreneurs and another 153 million who own or operate small businesses. The pandemic has given many people a taste for working from home, more independently and highlighted the importance of diversifying streams of income. However, research has found that self-employed women are at higher risk of mental illness due to gender obstacles and isolation. The study found that gender-based barriers not only affected female entrepreneur’s mental health but also added pressure to their work and impeded their success.

For four years technology startup resurgo.co analyzed how sexist barriers and isolation affected self-employed women. They found that one in five self-employed women had considered suicide and one quarter said their mental health was bad. While historical research has highlighted that self-employed people are at a higher risk of poor mental health, this skyrocketed when looking at the difference between women and men.

There’s no denying that there are some clear benefits to working for yourself. You curate your own workday, you pick up the projects that catch your eye and you can collaborate with people who you know you work well with. However, working from home or a private office can be incredibly lonely. This has only been amplified during the pandemic as everyone has switched the little social contact they may have had before for virtual calls or emails. Resurgo.co pointed to isolation as being a leading cause of poor mental health in female entrepreneurs.

Isolation can have very real health consequences. A study by Aldermore found that 40% of freelancers feel lonely and not having camaraderie with co-workers or positive face-to-face feedback from clients or bosses increases your susceptibility to depression and anxiety. It can also affect your gut health and increase your risk of insomnia.

Resurgo.co suggested that female freelancers and entrepreneurs need at least three peers who work in a similar way to them. This friendship bubble doesn’t just provide a sounding board for when you’ve had a bad day but they will also understand your schedule a little bit better, know the stresses of filing your own taxes and could meet for breaks in the workday.

The damaging factors of gender-based barriers and isolation caused a vicious circle for female freelancers, according to resurgo. They found that after considering gendered labor, self-employed women only earn 50% as much as their male peers. The company suggested that if they were provided with support for mental health this could be mitigated. This disparity in pay also contributes to work stress.

70% of people resurgo spoke to said they regularly experienced feeling overwhelmed and 22% indicated they experienced feelings of wanting to “escape life.” Speaking about the research Laurel Anne Stark, CEO and founder of resurgo.co, said, “For women, business is deeply personal – there is no work-life balance. That’s why when women are supported to feel well, they are better positioned to do well, both in business and in life. This is the problem I hope to solve with resurgo.co, the first web-app designed to support self-employed women in life and business.”

A wealth of research has looked into the links between self-employment and poor mental health. The Association of Independent Professionals and the Self-Employed (IPSE) champions and advocates for freelance workers. In a study, they found that the number of self-employed people saying they have ‘poor’ or ‘very poor’ mental health has increased from 6% to 26% since the beginning of the pandemic. Whereas at the start of the pandemic 68% of freelancers said they had ‘good’ or ‘excellent’ mental health, now only 39% say so. The drop has been most severe among women (a drop of 54%.)

As more people make the jump to go freelance or self-employed it’s essential that provisions are put in place to tackle isolation, loneliness and gender-based barriers. While prejudice has a direct impact on the success of female entrepreneurs, it’s also detrimental to their mental health.

NASA Mars Rover Perseverance Is Brawniest and Brainiest One Yet, to Lift Off on...

Astrid Riecken/The Washington Post/Bloomberg via Getty ImagesWASHINGTON—The federal regulator who oversees Fannie Mae and Freddie Mac is pushing to speed up the mortgage giants’ exit from 12...

Christmas could be a dangerous time to contract the virus - but precautions can be taken. Source link

By Ben Walker, CEO for Transcription Outsourcing, LLC and has made contributions to Entrepreneur Magazine, The Associated Press & Inc. ...

All Work And No Play Make Us Dull Companies During Lockdown