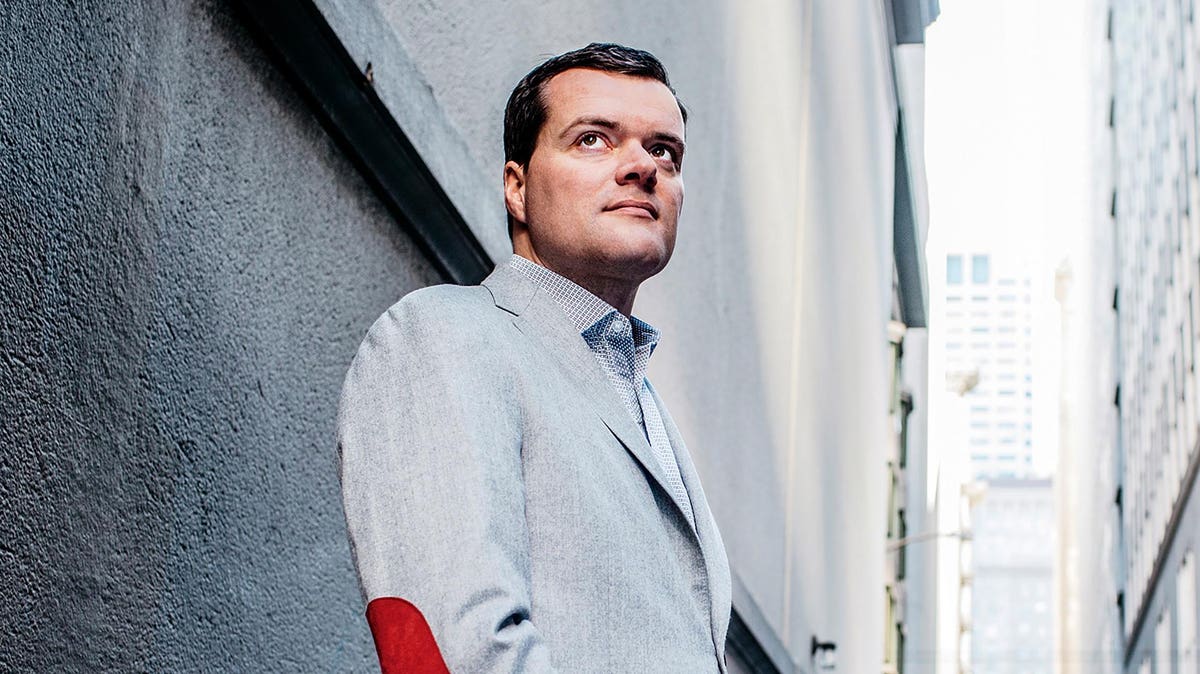 Sid Sijbrandij knows the perils of working from home. In 2018, after years of toiling exclusively from a small room in his 47th-floor apartment in a San Francisco high-rise, the entrepreneur developed foot problems. So he moved in a treadmill desk alongside his Zoom-friendly green screen and three monitors.

But GitLab’s CEO says the problem isn’t remote work, but how it’s practiced. Unless you’re employed by one of the handful of companies that have fully embraced the new work reality, Sijbrandij (pronounced see brandy) thinks you’re probably doing it wrong. His radical take on remote work: It’s effective only if you go all in. Partial measures will create tiers of employees who will split the workforce over time, driving away top-performing remote workers who don’t want to compete with lesser-achieving on-site colleagues. “We’ll see some companies . . . go back [to the office] and try to make the best of it, and I think they’ll struggle,” he says.

How GitLab does it: The only time staffers meet in person is for the company’s annual all-hands gatherings, held (in pre-Covid times, anyway) in lively and relatively cheap locations like Greece. Another pillar of GitLab’s remote-work absolutism: radical transparency. It publishes a public online handbook detailing how it approaches pretty much any topic. You won’t find individual employees’ salaries, but you will find its executives’ strategic objectives for the current quarter and the exact formula for calculating wages in the 67 countries in which GitLab staff live, from Kenya to Morocco to Serbia. (There’s also a section on how and when to talk to Sijbrandij, and one on his cat.) Anything not in the handbook, which would run to 8,400 pages if printed, is likely in an internal Google Doc. Every meeting at GitLab has at least one companion online doc.

Sijbrandij also relies heavily on documentation to allow GitLab staffers to work seamlessly. Employees update docs and take notes, or share information asynchronously in Slack channels and video messages. Resolved decisions or plans get merged into the handbook, which tracks it all. “Every time you have to wait for permission or sign-off for someone else to do something, that’s a problem,” he says.

He has built one of the world’s most valuable startups, valued at $2.8 billion in 2019, without maintaining offices for any of its 1,300 far-flung employees. It helps that GitLab—which provides a suite of software tools that help developers build, manage and secure their apps—plays in a high-tech category that’s even more important as businesses push sales and customer interactions online.

Even among other pre-pandemic no-office highfliers—notably Automattic, the company behind WordPress—Sijbrandij has long stood out. “We are probably not as extreme as Sid is,” says Dave McJannet, CEO of remote-only cloud infrastructure startup HashiCorp, valued at $5 billion. Today, though, Sijbrandij’s radicalism is drawing a vast following. Downloads of GitLab’s free e-book on remote work have exceeded 70,000 since its March release; employees are in high demand for webinars.

GitLab’s own globetrotting setup got its start in Europe. Sijbrandij had worked at a submarine company and helped run an online app-review startup on the side when, while managing web projects for the Dutch Ministry of Justice, he came across an open-source project from Ukraine called GitLab with hundreds of volunteer contributors.

“I thought we would spend the next 10 years convincing the world how to do remote better,” says GitLab CEO Sid Sijbrandij, 41. “Instead, Covid did it within months.”

In 2012, he reached out to its creators, Dmitriy Zaporozhets and Valery Sizov, telling them he was going to build a business atop their project. A year later, Zaporozhets joined as cofounder and CTO; he is now an engineering fellow. Sizov joined in 2014 and is a senior developer. Sijbrandij set about building GitLab the company—named after Git, a popular system for tracking changes in source code—to sell subscriptions to software tools that help manage projects built on the open-source tech. Sijbrandij, Zaporozhets, Sizov and six others got together temporarily in California in early 2015 to participate in the prestigious startup accelerator Y Combinator—the only three months they’ve ever spent working in the same space.

Most of GitLab went back to Europe afterward. Sijbrandij, enamored of the startup scene and with an eye to fundraising, stayed behind. Today, GitLab has raised $476 million, most of which is still on its balance sheet; it sells a suite of 10 different app tools, from development to security, for up to $99 per user per month, bringing in over $75 million in revenue last year from more than 15,000 customers, including Nvidia, Siemens and Goldman Sachs, which later invested.

The trend of companies moving their operations online, especially since the start of the pandemic, has pushed even more development to the cloud, meaning business is booming. But customers are increasingly likely to call not for software support, but rather a crash course in how GitLab runs its business.

“Ten to 15% of our engagement with partners is helping them see how we do things,” says Michelle Woodward Hodges, GitLab’s vice president of channel partnerships.

Not everything is rosy about remote work, especially now. Sijbrandij is quick to note that he has struggled with not being able to travel; parents on his staff have faced extra child-care demands. GitLab has sought to address that through Friday holidays and has encouraged staycations. “It’s important for everyone to remember that this is not work from anywhere, this is working from home during a pandemic,” Sijbrandij says. “This is not normal times.”

One irony of spreading the remote-work gospel: More companies following GitLab means its secret is out. “We’ve had an advantage where if you were outside a metro area, there were few options to join a fast-growing company. We’re going to have a ton more competition now, and that’s going to drive wages up,” Sijbrandij says. “I think that’s a great thing for the world. I’m super looking forward to that.”

How do you recover after surviving a near fatal bout of coronavirus?

COVID Robocop: The Droid That Reminds You to Wear Your Mask

Coronavirus: Who would get the vaccine first?