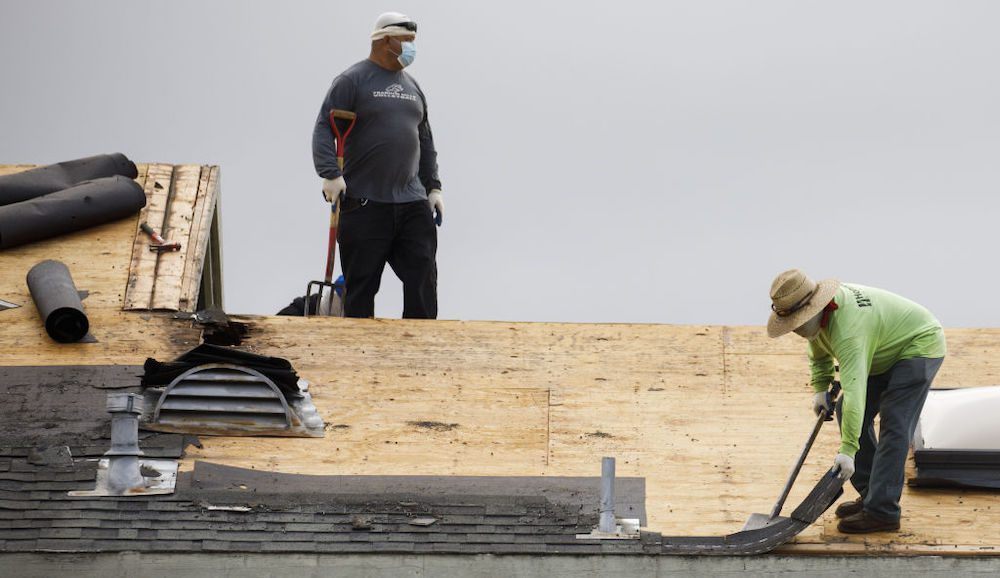 The numbers: The construction industry’s outlook improved again in November, according to research from a trade group released Monday.

The National Association of Home Builders’ monthly confidence index rose five points to a reading of 90 in November, a record high, the trade group said Tuesday. It is the fourth consecutive month that the index has hit a new record high.

Index readings over 50 are a sign of improving confidence. Back in April and May, the index dropped below 50 as pandemic concerns mounted.

What happened: The index that measures sentiment regarding current sales conditions increased six points to 96, while the index of expectations for future sales over the next six months rose one point to 89. The gauge regarding prospective buyers increased three points to 77.

At a regional level, though, confidence varied. The indexes for the Midwest, South and West all increased, led by a nine-point gain in the Midwest. But in the Northeast the index dropped fives point to 82.

“In the short run, the shift of housing demand to lower density markets such as suburbs and exurbs with ongoing low resale inventory levels is supporting demand for home building,” Robert Dietz, chief economist at the National Association of Home Builders, said in the report.

The report was based on survey responses, most of which were collected before the presidential election was called for former Vice President Joe Biden on Nov. 7. December’s report will more fully capture the reactions of the home-building sector to the election.

The big picture: Builders’ optimism is an indication of the continued strength of the housing sector. While recent data, including mortgage application figures from the Mortgage Bankers Association, suggest that buyers are pumping the brakes on making deals, that’s not a cause for concern for builders. Rather, it’s a sign that seasonality is kicking in after a delayed spring and summer home-buying season continued into the early fall.

The conditions that make buying a newly-built home right now appealing are still present — and should be for some time. Even if mortgage rates increase because of a coronavirus vaccine, economists expect them to remain low by historical standards. And while Americans’ interest in the suburbs has grown, the supply of existing homes for sale has not. That leaves an opening for home builders.

“The strength in the housing market likely has legs, as it will take quarters and likely years for builders to catch up with the one-time spike in demand for single-family homes,” Stephen Stanley, chief economist at Amherst Pierpont, said in a research note last week after D.R. Horton released its quarterly earnings.

What they’re saying: “The October retail sales and industrial production reports, together with the November homebuilder survey, capture activity in the three strongest parts of the economy. But they have nothing to say about the deteriorating picture in the discretionary services sector, which is being hammered by the third COVID wave,” Ian Shepherdson, chief economist at Pantheon Macroeconomics, wrote in a research note.

“The signal from the weekly mortgage purchase applications index is also one of some slowing in momentum,” Rubeela Farooqi, chief U.S. economist at High Frequency Economics, wrote in a research note.

Period poverty: Schools ‘not aware’ they can order free tampons

Coronavirus: How can I overcome my anxiety?